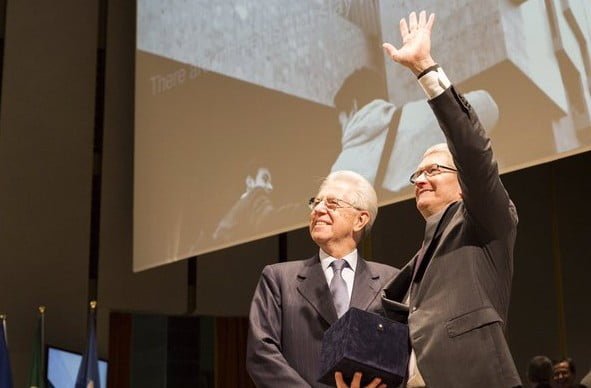 The team will be meeting with top officials of United States in San Jose, on January 8. The meeting solely focuses on efforts to prevent online terrorism recruitment. The meeting is expected to include various tech executives from Google, Twitter, Facebook, Microsoft, and Dropbox, along with others, and it is scheduled by the White House.

It is believed that many executives from the above-mentioned corporations won’t be attending the meeting, but on the behalf of Apple Inc., Tim Cook will willingly take part in the meetings.

From government’s side, Director of FBI James Comey, Director of NSA Mike Rogers, Director of National Intelligence James Clapper, and Loretta Lynch-the Attorney General, will be amongst the invitees from the side of government.

The meeting will be centered on the capabilities of terror groups to access and use various online platforms and social media to radicalize specific people. The officials of the White House are planning to discuss agendas regarding how various online platforms can be utilized to support others for promoting alternative ideas to stop online terrorism recruitment and to demolish ISIS online agendas.

So far, the reports suggest that encryption won’t be discussed in the meeting as it will be kept as a secondary topic. But, encryption will somehow bounce in the discussion automatically as everything related to online platforms is linked with encryption. This is the reason why many tech executives are refraining themselves from being a part of this discussion as they aren’t willing to trade privacy of users. Encryption has been a contentious topic. Since years now, the government of the United States has been forcing tech giants to provide a considerably high amount of access to their information regarding purposes of counterterrorism. But, due to the high desire of privacy of tech world, the request is being constantly clashed by tech companies, especially since the spying revelations by the NSA in 2013.

Although, Tim Cook is strongly supporting the initiative to end the recruitment process for terrorism online, his company, in particular, has strongly lashed the government requests for providing access to user communications’ database.

“The White House sees Silicon Valley as an integral part of fighting the propaganda from ISIL and other groups. There needs to be a concerted effort to fight the ISIL propaganda.” – Official from the White House.