Finally, it’s here. The date every iPhone aficionado has been waiting for. Evan Blass, a Twitterati, famous for reporting accurate and reliable leaks, has announced September 12, 2016, as the iPhone 7 release date. Though there’s no official confirmation from the company, but the date coincides with previous launches and of course, the date has been announced by Evan Blass, so it has to be true anyway. 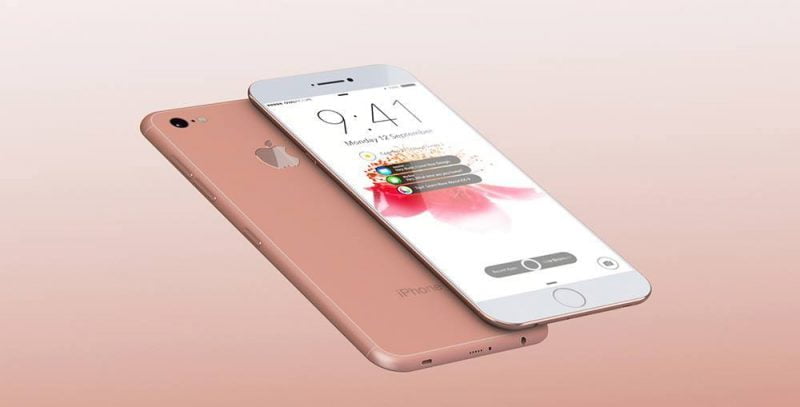 The iPhone is going to be Apple’s biggest launches this year. The constant iPhone rumors and speculations have added more excitement to the anticipation. Also, the launch of rival’s Galaxy Note7 a month ahead of iPhone 7 release date has kept everyone on edge. After the slow performance in iPhone sales and a major boost in sales of Samsung this year, everyone is eagerly awaiting the clash.

While the Samsung Note7 is all set to carry the innovation a level higher with Note7, Apple, on the other hand, has no plans of major design changes. But, let’s not forget Apple is famous for surprising its lovers, after all, it’s Steve Jobs’ legacy we’re talking about. According to iPhone rumors, the company is planning to introduce three models this year namely iPhone 7, iPhone 7 Plus, and iPhone 7 Pro.

How about we take a quick look at the iPhone 7 specs, features, and design before the big release?

The iPhone 7 range will carry A10 processor along with M10 motion processor. The RAM size will possibly increase to 3GB. Wireless charging may arrive with iPhone 7.

The display for the upcoming iPhones will remain same, i.e. 1080p LCD, but there are possibilities that Apple has ditched LCD for OLED. The company may add True Tone feature of the 9.7 – inch iPad Pro, along with DCI – P3, which will allow more realistic and vivid hues. The pixel density for iPhone 7 Plus models will be 401ppi, while for iPhone 7 standard model, it’ll be 326ppi. 3D Touch will carry forward its legacy in this range too.

Cameras are perhaps one of the major features in the upcoming iPhone 7. The leaked pictures suggest that iPhone 7 series will be carrying a dual-lens camera, which means the pictures will have DSLR quality. The phone may also carry CMOS sensor.

This year, Apple’s iPhones are not undergoing any major design overhauls. It’ll be as same as its predecessors that are 4.7-inch screen for iPhone 7, and a 5.5-inch screen for iPhone 7 Pro and Plus. The aluminum frame will remain same with some minor changes. Antenna will be repositioned, i.e. it’ll be tucked on the top and bottom edge of the phone instead of back. No more headphone jack for the models.

Unlike iPhone 6S Plus, iPhone 7 models look promising. Sure, the models won’t go under any major design changes, but if minor ones are like this then we’re sure the phone is going to be a massive hit. Apple needs one desperately anyway.

So what’s your pick? Considering Samsung Galaxy Note7 and Apple iPhone 7 are launching back-to-back, in which model are you planning to invest your money?