Tindie is an open-source hardware marketplace for consumers and hobbyists. 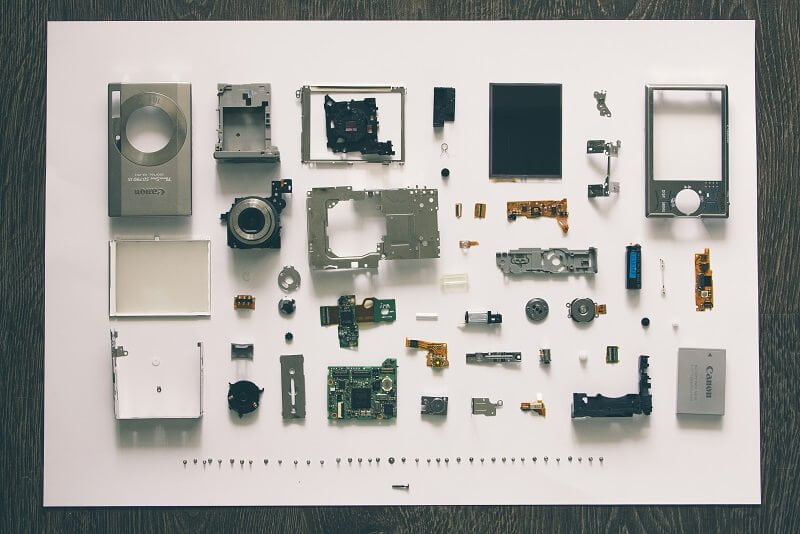 Kickstarter, let’s face it, is a brilliant proposition. Someone talented, creative comes forward with a lovely idea that’s both interesting and innovative enough to jumpstart to something big. Tech aficionados love the idea of Kickstarter as the perfect place for setting up innovative hardware projects. But, what if you want to drink from the glass of success slowly and steadily? What if you want to try your product among a group of people who get your item or idea? As the DIY-maker insurgency continues to ride on full-speed, with the potential to pervade through mainstream culture, there are endless possibilities for businesses to ride on the kickstart-jumpstart wave. For one startup, it didn’t exactly start out with the maker movement in mind, instead it hoped to benefit from the “prosumerism” explosion that is taking place in the tech world today.

Tindie is an independent, less glamorous niche – hardware marketplace for consumers and hobbyists that could prove to be important to the evolution of hardware design in the 21st century. It supports small businesses, inventors as an Etsy for hardware, except that it supports hardware instead of handmade lace, jewelry and other sleek items. The best thing about Tindie? It supports consumers who have an idea and want to pursue it as a sideline businesses or may be, even a full time businesses. Moreover, it allows consumers to simply enjoy the products too by purchasing them.

By day, Emile Petrone was a web programmer. But, in his spare time, he would tinker with the Raspberry Pi and the Arduino, two economical kits that let you assemble your own hardware devices. Tindie was built founded by Emile Petrone in 2012, when he posted in the Arduino subreddit to see whether anybody would need an online platform to offer their hardware innovations and creations? In a relatively short span of time, he got enough positive feedback to begin coding a new online marketplace that helps tech cognescenti buy and sell hardware.

While Kickstart is all about funding glossy and slick looking products that haven’t been built yet, Tindie is a much straightforward marketplace for coarse looking devices that already exists, devices that are regularly built in little clusters using limited amounts of capital. The open-source hardware store charges indie hardware creators a 5 percent commission to list on its website, in addition to another 2 to 3 percent for payment processing.

Launched in June 2012, with orders flooding in from the first day from the United States and Germany, it had more than 1,000 orders in the initial seven months and 10,000 after seven months more. With more than 500 sellers and more than 450 items ranging from hardware units and kits to full robots and hi-tech products, there’s a lot of product diversity coming directly from sellers to keep luring tech aficionados back. Tindie has numerous partnerships with equipment makers to offer products solely on Tindie. Today, the open-source hardware store is filled with a medley of products, right from a hardware equipment to create a RepRap to Bluetooth modules, moisture sensors, GPS boards. It has become a go-to-spot for things such as robots that do mobile app testing and cheap hardware parts from Shenzhen. Equipment maker’s biggest sales comes from sensors and devices, which is 60 percent and 17 percent respectively.

Sellers on open-source hardware store are individuals or small companies, who’re doing the opposite of what a lot of starts are doing right now – crowdfunding. They are trying to selling a few products first and trying to make sense of how to create a sustainable company after that, instead of trying to jumpstart their startup and scramble to increase production of products that do not exist until successful completion of crowdfunding.

“Because we’re the first hardware marketplace out there, we’ve basically tried to learn on the fly,” says Petrone. “When you have niche, specialized things that people have never thought of, you’re basically introducing to them for the first time. That’s not easy.”

Historically, large companies have dominated the hardware sector for two reasons: manufacturing is difficult and expensive. Moreover, hardware requires physical objects, which encompasses manufacturing costs and, shipping. However, a quick price fall, thanks to the rise of smartphones, has made components cheap, thus lowering the barrier to open source entry for hardware.

Petrone, who also happens to be on the board of the open-source hardware association, claims that the recent development could act as a boon for hardware. Hardware, unlike software, has always lagged behind when it comes to the open source movement. Open source software projects led to creations such as Linux. “The more people who know about a project and have access to it, the better it becomes,” Petrone says. “We then all benefit from that collective development.”

Tindie is not yet a profitable business. However, it appears to have gotten a novice hardware wave that is just barely starting to take off. It’s a wave that could propogate the making of hardware in the same way that open source has to build software. “We see a big trend emerging in empowering designers to do small batch manufacturing as desktop tools for designers are getting more sophisticated,” says Cyril Ebersweiler, founder of HAXLR8R, a startup accelerator and venture fund that focuses on hardware. “Tindie could be at the forefront of that more advanced marketplace.”

Using platforms such as the Arduino and Raspberry Pi as building blocks for larger devices has snowballed in past several years. With Tindie, indie hardware makers can share their designs with likeminded people, create a feedback loop where one single configuration can inspire others. Initial buyers on Tindie were DIY hardware enthusiasts who were also posting their items. But today, this group has diversified and includes music loves, teachers and even employers at government agencies and large corporations, including Intel, Nokia, NASA and Google.

In fact, Tindie can act as the perfect place for testing hardware. Petrone says that most Tindie sellers only offer under 100 units, issuing them the opportunity to model their plans through the span of reiterations. “It’s growing the old fashioned way,” explains Petrone.

In fact, the Tindie model comes as a relief for those whose products only appeal to a limited number of audience. It’s like the beginning of the PC movement, when hobbyist would come together to show off their homemade innovations. “A lot of the projects we have on Tindie today look exactly like that,” Petrone says. Sometime ago, Petrone ran a short-lived crowdfunding experiment on Tindie, although, now the site has been positioned as an anti-kickstarter in the online community. The thing with Kickstarter is that it is quite hard to predict expenses and set costs accurately, since none of the items put in the showcase have been completely created. Using Tindie’s platform, one can sell what they have on hand. “The types of companies we’re trying to help are trying to grow the old fashioned way — by saying: ‘Here’s this idea. I’ve built ten or twenty or five,’” Petrone explains. “They get them out there, people buy them, and they go through that process again. If there’s demand, they’ll scale that up.”

“Tapster is our number one or two best seller right now. It’s a robot that does mobile app testing. It used to be this big hulking robot that was originally built to play Angry Birds. Now every iteration gets more and more polished and the people that are buying it are the biggest companies in the world. We shipped one to Beijing to Nokia. We shipped one to Intel in Austria or somewhere,” says Petrone. “The biggest companies in the world are buying this robot for 500 bucks that does this specialized thing. Most people see it as ‘That’s an interesting little toy.’ The reality is, it’s doing a very specific job and it’s the best thing that’s out there.’”

Some of the top selling products on Tindie include environmental sensors such as Chipr, which screens moisture in plant soil. Tindie gloats quite a lot of music hardware like the ARPIE MIDI apreggiator that converts musical chords into a sequence of notes that can be played by a MIDI synthesizer. There’s also Tapster, a robot that can recreate the way people tap on a cellphone and let developers run intricate automated tests on their apps. Currently, the highest selling item on Tindie is the AirPi Kit, a Raspberry Pi-based weather station created by 16-year-old and 17-year-old for a science fair. The teenage duo sold #30,000 to $40,000 worth of kits. “That product was not meant to be commercialized, but they won the science fair and threw it up on Tindie. They made $30,000 in two weeks with a bare PCB that you slap onto a Raspberry Pi,” he says. “They just rolled out v 1.4 and schools are buying it for classrooms around the world.” The platform Tindie provides worked well for them, and their success can inspire others too.

Presently, Petrone at Tindie is handling issues faced by techies, i.e. finding board houses, machinists, a good middleman. To combat such issues, Tindie has rolled out Tindie Biz, a Yelp for hardware products. As of now, there are over 1,400 manufacturers on Tindie Biz. Emile also wanted to integrate reviews into his online platform. He believes that the real value in doing business comes from receiving genuine, satisfactory reviews from buyers.

As of now, Petrone isn’t precisely certain what the future development of his organization is going to be like. There’s a lot of buzz around the online marketplace, especially as the DIY-maker movement continues to reach new heights. Despite that, he has warned investors that it’s hard to determine how big Tine will really get. Notwithstanding the fact that, Etsy is moving towards creating a platform for hardware innovators, after purchasing an independent hardware company.

Petrone is focused on creating a marketplace for independent sellers and small businesses. “Tindie has the most momentum in the space. We’ve basically got the lead. The opportunity is clear. But the timing is not.”

As the DIY-maker movement continues to grow, it’s going to be intriguing to see how small businesses and entrepreneurs reach out of options available online to launch their products. There’s a growing demand for open-source products sold on Tindie that the waiting list alone contains around half a million dollars’ worth of orders. Tindie is by all accounts one extraordinary place for makers that would face failure on sleek crowdfunding sites. It is an early example of what is yet to come. “I think open hardware will start coming into its own in the next ten years,” Petrone says. “Apple’s not going to open source their products anytime soon, but Tesla could.”