Technowize lists out the most striking features of the new iOS 16 as you are about to install it on your iPhone.

Apple is widely celebrated for providing its users with software updates and security patches for years. More often than not, this very trait of the Cupertino-based tech-giant, makes Apple users feel content despite Apple products coming with a hefty price-tag. Pretty recently, Apple has brought out its latest software update iOS 16, which is now available for downloads. Let’s have a close look at the iOS 16 features to figure out what’s new in store for Apple users.

With the latest software update, Apple has introduced a host of key features aimed at enhancing the user experience. Taking all aspects into consideration, Technowize curates the following 10 features as the most effective ones. These might turn out to make your overall experience even more hassle-free.

If we consider the Lock Screen only, there has been a massive upgrade. Now, you have an array of new functionalities so far as the Lock Screen is concerned, thanks to iOS 16 features. With iOS 16 at your disposal, we have more customization options in terms of the Lock Screen gallery. The new features in iOS 16 also allow you to perform Lock Screen editing and Lock Screen switching, have stylized date and time, multilayered photo effect, Photo shuffle, alongside WidgetKit API and Live Activities API.

This is another area which has been exposed to considerable upgrade courtesy of the iOS 16 new features. You can now have more Focus with Lock Screen linking, Focus filters and Focus filter API. Moreover, you are offered with a more personalized setup experience for each option and that too in a hassle-free manner. 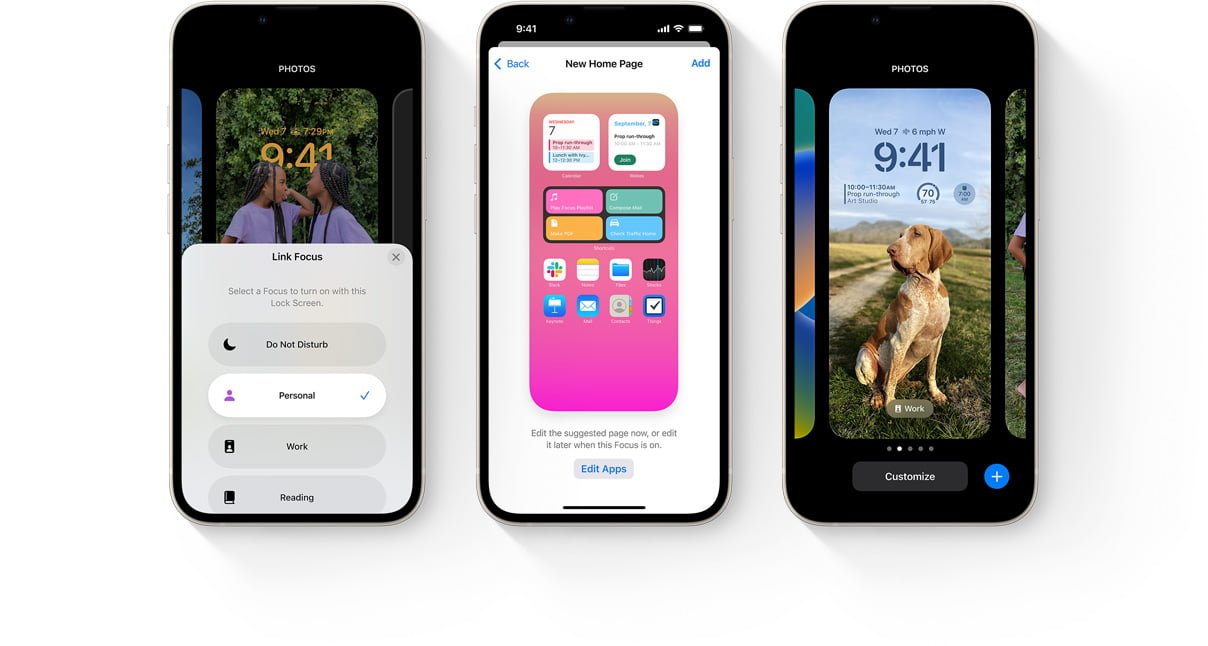 You can now stay more focused with the advanced offerings of Focus. [Image Credit: Apple]

Though this happens to be the most awe-striking one among the array of new iOS 16 key features, it’s not up for grabs yet. Apple has already informed that by the end of this year, Apple loyalists would be able to access iCloud Shared Photo Library feature. With smart sharing suggestions and smart setup rules, it becomes a complete cakewalk to share an entire photo library with your family (up to five other people).

The wide range of new iOS 16 features also include a much more enhanced ‘Messages’. You would be amazed to know that you can actually edit a message within as long as 15 minutes after sending it. The option of having being able to ‘unsend’ any message for up to 2 minutes after sending it, is also equally exciting. You can now send collaboration invitations and get collaboration updates via ‘Messages’ app. The new features in iOS 16 also make ‘Messages’ compatible with SharePlay and Files, Keynote, Numbers, Pages, Notes, Reminders, Safari, as well as many third‑party apps. 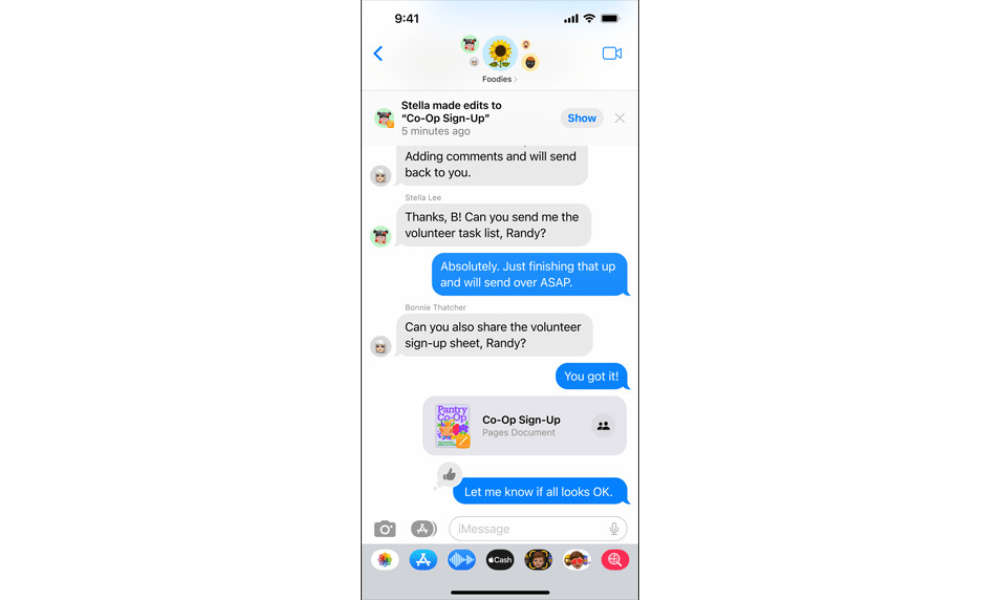 Mail is now equipped with smart search corrections, smart search suggestions, undo send option, missing recipients and attachments reminder and most importantly BIMI support – all thanks to the advanced iOS 16 features. While using the ‘Mail’ app, you are now enabled to add rich links too.

To encourage and inspire you more to use its in-built search engine, Apple has curved vital edges to Safari. Your online surfing is likely to get more streamlined with the latest iOS 16 features which add many aces up the sleeve of Safari – Shared Tab Groups, Tab Group start pages, Pinned tabs in Tab Groups, New web extension APIs, Additional web technologies support, Web page image translation and the last but not the least, Web push notifications. However, the latter will only become live in 2023, as disclosed by Apple. 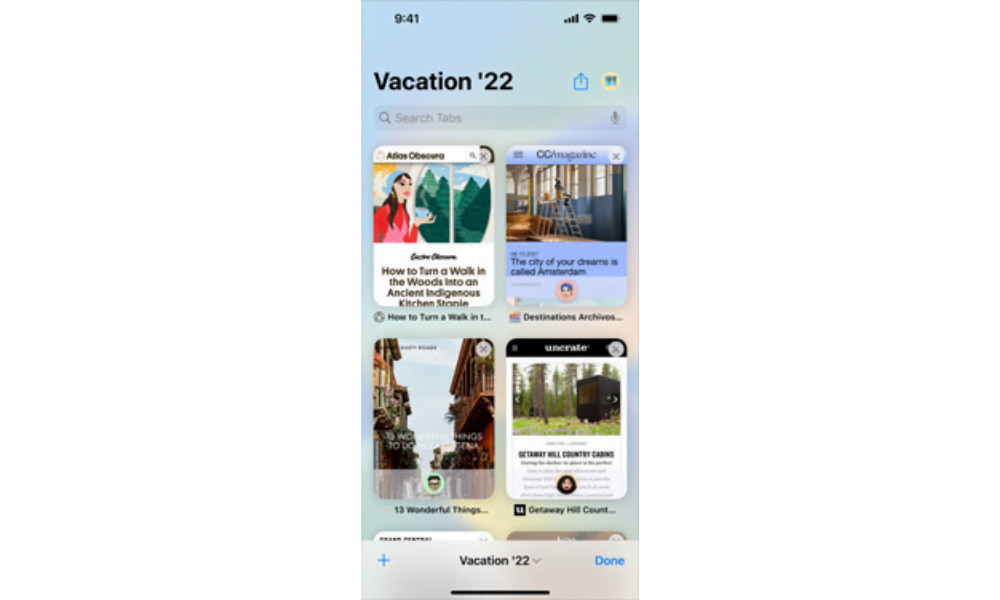 Online surfing on Safari has become even more seamless after the iOS 16 update. [Image Credit: Apple]

Ever since Apple announced that it’s going to replace passwords with passkeys, in its bid to provide users with an easier and safer sign‑in method, users were eagerly waiting to have it, especially after the recent reports of far worse cybersecurity threats. Out of all the freshly-minted iOS 16 features, this clearly stands out on a different pedestal altogether as it’s going to safeguard you from phishing and website leaks. You can read about Apple Passkeys in detail in our special feature on it.

Among the best features of iOS 16, CarPlay must be there for quite obvious reasons. But you would be able to unlock it fully only in 2023. It comes with tailor-made approaches for different vehicles. Aided by fueling and driving task apps and ‘automatically send messages’ option through Siri, CarPlay appears to be an absolute gem among the bunch of iOS 16 new features. 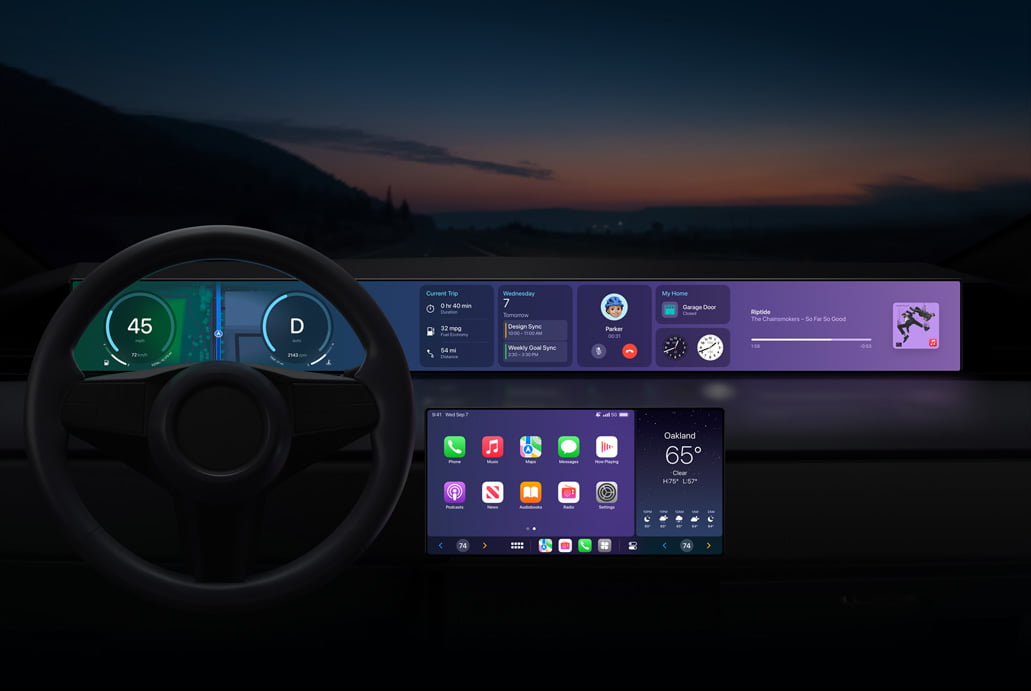 The next-generation of CarPlay with an array of new features, will be fully operational from 2023. [Image Credit: Apple]

This aspect holds utmost importance and when it comes to the new iOS 16 features, they appear to tick all the right boxes. You will be glad to know that the latest software update on offer, blesses the ‘Security’ segment of your iPhone with ‘Rapid Security Response’. In addition to that there’s a security mode called Lockdown Mode, meant for providing extreme protection to users against highly targeted mercenary spyware.

Keeping the more complicated reported incidents of domestic or intimate partner violence situations in mind, Apple has now introduced the new Safety Check feature. Seemed to be one of the best features of iOS 16, it’s accompanied by the option to ‘Lock Hidden and Recently Deleted albums in Photos’ and ‘Pasteboard permission’, which adds an extra cushion to your privacy protection management.

Apple proudly claims that the new features in iOS 16 “enhances iPhone with all‑new personalization features, deeper intelligence, and seamless ways to communicate and share.” However, you are free to skip this particular update if you are not convinced enough with the iOS 16 key features. But please take a note that downloading followed by installing this specific software update, will help you bolster your phone security to a great extent, as it also comprises of important security patches.