Not just go tension-free with durability but also ensure a more-than-decent resale value.

Though look, design and other important features might propel the sales of a particular car when it’s freshly minted, in the long run to stay up in the game it must ensure a decent durability, if not a more-than-decent one. There’s another aspect which is closely associated with this – resale value. At times, we prefer to upgrade our cars and more often than not fail to get the right prices. Therefore, when we try to look at the bigger picture, resale value becomes an important factor.

In the global auto market, there are some really amazing options, which tick both of these boxes along with offering their own set of fascinating features. Let’s have a close look at our curated list of the most durable cars.

These days there’s no dearth of options when it comes to cars. But we have to keep the above-mentioned factors in mind before locking a specific option. Getting carried away with the appearance and jumping the gun is strictly not recommended, rather, a must no-no (this is not only limited to cars).

Moreover, with the passage of time, buying cars has become more expensive, especially in recent times. In November itself, the average transaction price for new cars scaled up to an estimated $45,872, indicating a massive surge in prices and that too at a skyrocketing speed, as revealed in the joint forecast by J.D. Power and LMC Automotive.

But to the much exhilaration of car lovers, the durability of cars has also increased over the years. Going by the IHS Markit report, the average age of cars on the road has reached a record figure – 12.2 years. Interestingly, the numbers read 11 and 9.6, in 2012 and in 2002 respectively.

Hence, you can cash in a substantial amount while going for a car upgrade; provided you chose the right car in the first place. Let’s ride the top 5 longest-lasting cars. 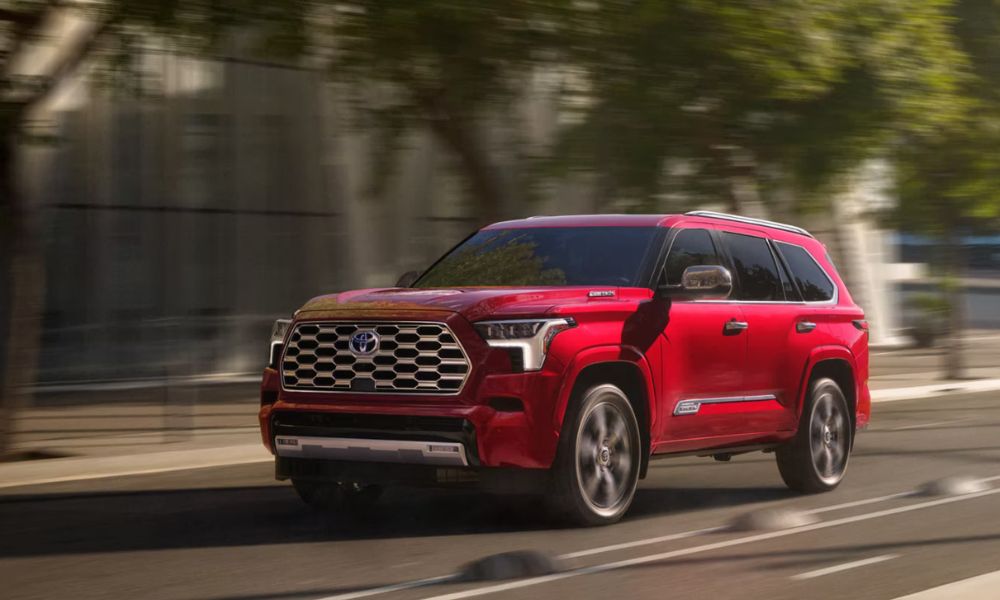 Toyota, which is often termed as the undisputed leader in the sphere of hybrid cars, registers the highest number of cars in the segment of best longest-lasting cars. Pretty recently, an extensive iSeeCars study, which analyzed more than 2 million cars over the course of the last 20 years to find which vehicles could clock the longest lifespan, revealed that the Toyota Sequoia outsmarted others by more than fine margins to snatch away the coveted top spot.

In terms of potential lifespan, none can match its total mileage, which is a staggering 296,509 miles on an average. This full-size SUV was first introduced to the global auto world way back in 2000 and has been doing wonders for the Aichi-headquartered company. The first-generation of Toyota Sequoia went on to rule the global SUV market, until it was replaced by the second-generation Sequoia in 2008.

Meanwhile, Toyota has just brought forward the third-generation SUV, the 2023 Sequoia, which is being branded with the tagline, ‘A powerful presence’. It starts from $58,300 and ranges up to $76,000. The new Toyota Sequoia produces a whopping horsepower of 437 Hp and 583 Lb.-Ft of torque – the two central features to its astounding performance. When we shift our focus to fuel efficiency, it stands quite economical with enviable figures of 22/20 MPG (2WD/4WD comb.).

The interior too, looks lucrative enough with a 6-inch sliding third row and happens to be bolstered with a 14-inch touchscreen. Above all, the i-FORCE MAX Twin Turbo V6 Hybrid engine gives it a massive boost.

If you are planning to buy a new SUV then you can surely go all-out for this unrivaled frontrunner among the top longest-lasting cars, across categories. 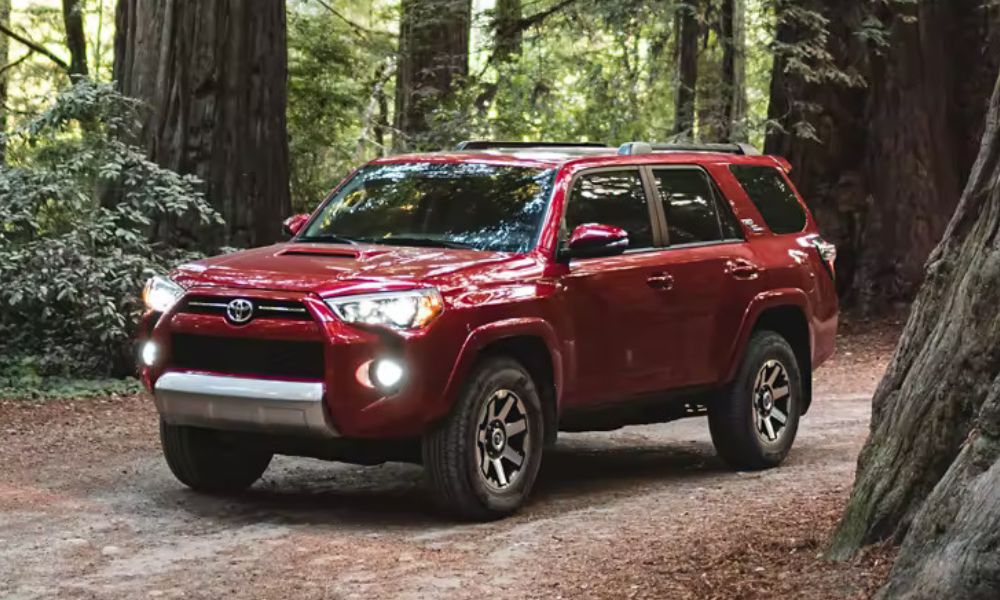 The Toyota Land Cruiser comes a distant second in the list of ‘Best 5 Longest-Lasting Cars’. With 296,509 miles, its average total mileage looks quite sharp as it stands right next to the Toyota Sequoia. Interestingly, the Toyota Land Cruiser saw its version hit the roads in the early 1950s. Since 1951, it has gone through a series of modifications and churned out numerous models.

Over the years, the Toyota Land Cruiser went on to win hearts throughout the globe. For quite a long time, it has been hailed all over the auto world, thanks to its stunning off-road capabilities alongside the rare blend of luxury and adventure.

However, after an unbelievable dream saga spanning over 60 years, only last year, Toyota declared that it’s discontinuing its star, sturdy SUV while saying, ‘There’s plenty more to explore.’ Though the production of new Toyota Land Cruisers have come to a standstill, you can still get your hands on an old one. Moreover, the 2021 model is right there, which comes with a third row of seats in the Heritage Edition. It starts from $87,030 (the base model) and the  Heritage Edition comes with a price-tag of $89,240.

Despite shutting down the new productions, Toyota has promised that drivers would still be able to receive top-quality service from their  nearest local Toyota Service Centers. Hence, you can get along with a hell of a ride full of off-road adventure and luxury by unlocking the Toyota Land Cruiser. 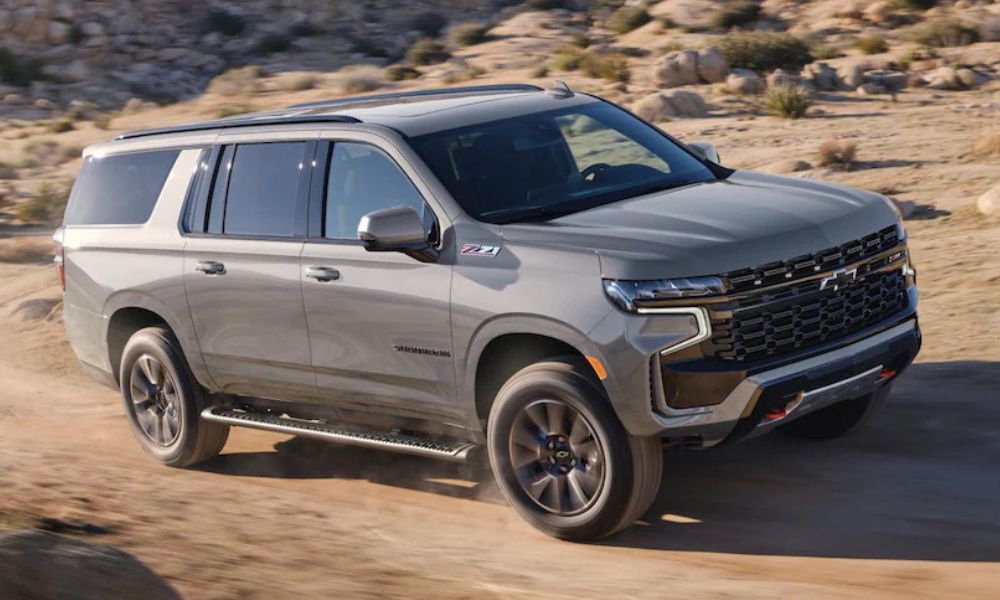 The third car in this elite list of ‘Top 5 Longest-Lasting Cars’, happens to be outside Toyota. The Chevrolet Suburban is a top-notch family SUV, which has managed to register an average total mileage of 265,732 miles. It has many accolades and laurels in its kitty, having won (the 2022 model) the highly prestigious Best Large SUV for Families recognition by the U.S. News & World Report for two years on the trot.

Now you can go for the 2023 Chevrolet Suburban, which is being promoted with the tagline, ‘Welcome to the big league’. Available in an array of colors, it comes with sheer power and ample space – 420 hp and 144.7 cu. ft. max cargo volume.

The premium cabin offers first-class comfort and style, with an enviable spacious seating for up to nine people, something which seems a rarity among the family SUVs at this price range. Its price starts from $56,900 and goes right up to $79,100.

The wheels appear really striking – 20” x 9” machined aluminum with Technical Gray pockets. It seems that they are well equipped to unleash seamless pace and firm grip alongside effortless control – a perfect combination to take care of what it takes to allow you to go berserk on a family trip to the wild, be it mountains, valleys or jungles.

In case you are figuring out to bring home a top-notch family SUV that will last long and in the distant future will give you a solid resale value, then look nowhere else beyond the Chevrolet Suburban. 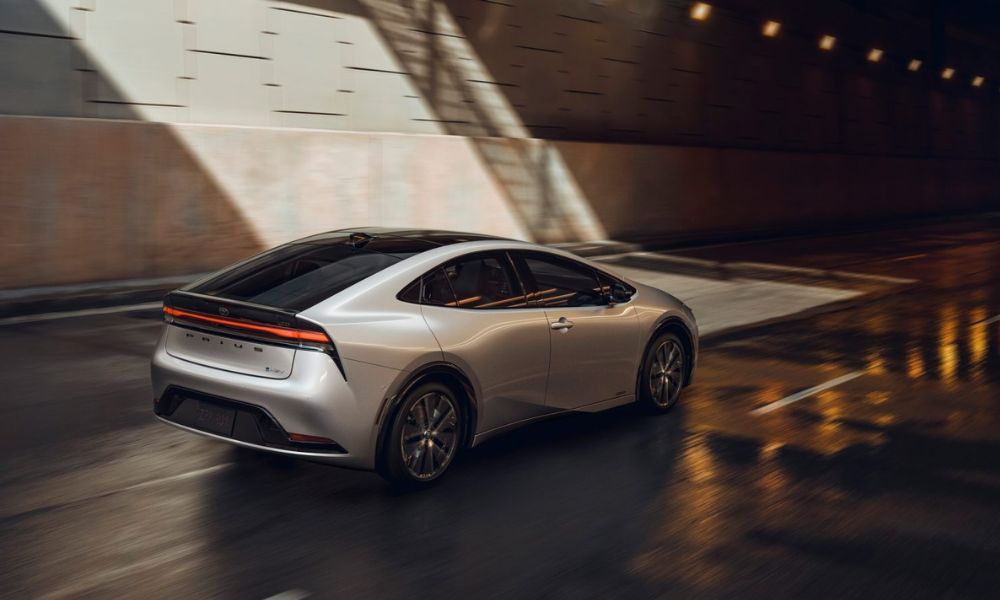 With an average total mileage of 250,601 miles, the Toyota Prius’ potential total lifespan looks quite admirable. The inaugural edition of Prius, which arrived in the market more than two decades ago, was the world’s first production hybrid car. It came with a brilliant amalgamation of an electric motor and a high efficiency engine. This well-thought move really paid off and enhanced its fuel economy to a great extent.

Prius, which means “To Go Before” in Latin, is widely celebrated across the auto world and regarded as a charismatic pioneer in the league of hybrid cars, globally. Recently during a kickoff event on the eve of the 2022 Los Angeles Auto Show at the LA Convention Center, the all-new 2023 Toyota Prius has been officially unveiled before the entire auto world.

The fifth generation of Toyota’s iconic eco-car appears to be a massive upgrade over its predecessor. Its razor-sharp design, dipped in elegance with a stroke of refined coolness all over, allows it to stand out from the crowd.

When you get a sporty exterior styling, a lower, wider one-motion silhouette and up-to 57 MPG combined manufacturer rate fuel economy in a brand-new Prius, which has made a name for itself with the passage of time, what more can you demand?

Now, a 2.0-liter inline-four gasoline engine replaces the old 1.8-liter unit one and the reworked hybrid system produces 193 hp in standard form and 220 hp in the plug-in-hybrid model. Moreover, the Toyota Prius 2023 is packed with a newly-carved lithium-ion battery pack that provides a jaw-dropping 15% increase in deliverability as compared to the previous generation Nickel Metal battery.

Among these best longest-lasting cars, the 2023 Toyota Prius seems to be the most economical option, as its price could well start from $27, 000 or even $26,000. If you are willing to pick up a fascinating choice from the most durable cars and don’t intend to burn your pocket, then the new Prius becomes your obvious choice. 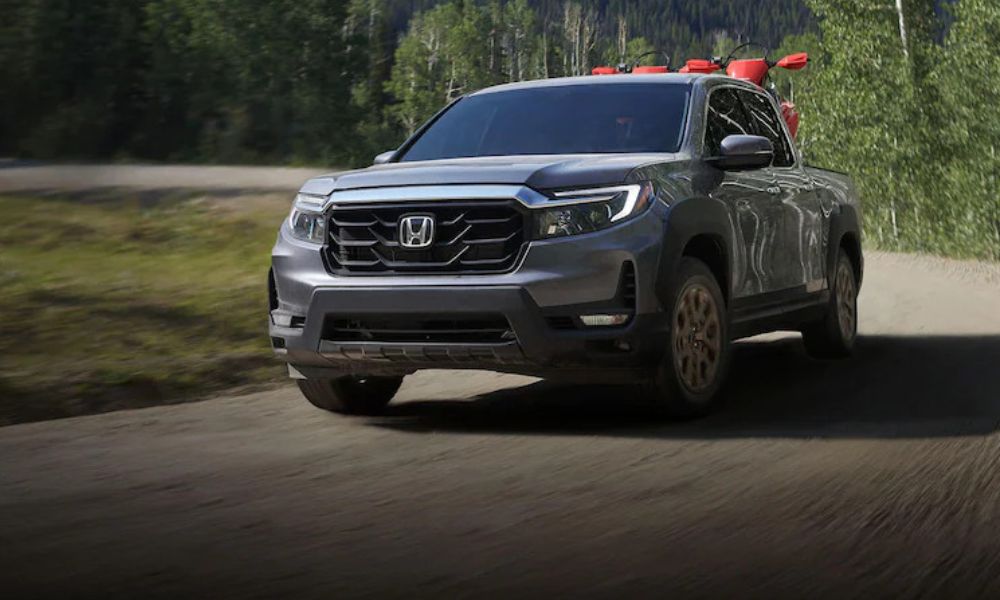 The Honda Ridgeline comes almost close to the Toyota Prius in terms of potential total lifespan, with an average total mileage of 248,669 miles. It’s an economical option too. Though it’s a bit pricey than the new Toyota Prius, as its price starts from $38,800 (for the 2023 edition), it costs way less than the other options curated in this list of top 5 longest-lasting cars.

The 2023 Honda Ridgeline is bolstered with the luminous presence of the iVTM4 All-Wheel-Drive System, Dual-Action Tailgate and Lockable In-Bed Trunk, a terrific trio which moves it to a different pedestal altogether. To the much delight of Ridgeline lovers, the new edition can be customized with bold accessory packages that engineer its rugged appearance and standout utility to new horizons.

As always, the new Honda Ridgeline is uniquely designed to deliver a monstrous performance both on and off the road. With 280 hp and V-6 engine, it’s good to go in carrying truckloads of burden up to as much as 5000 pounds. This is undoubtedly a remarkable feature in the cars of this price-range, keeping other important elements in mind. To blow all your worries, its truck bed is completely scratch-proof  and serves as the cherry on the top.

In case you prefer more thrill and want to buy something from the mid-range category, then the 2023 Honda Ridgeline becomes a great fit among the most durable cars.

Therefore, it’s clearly evident that contrary to the popular belief that the 200,000-mile mark is the highest which a car can achieve, these top longest-lasting cars can scale greater heights and that too with effortless ease. Hence, choose wisely and go for the most durable cars, something which will pay you dividends five or seven years down the line. Check out the details and tally with your specific priority list before finalizing an option. However, any of these above-mentioned cars would be a safe bet and a great choice indeed, considering every other aspect.

How much is the potential total lifespan of the Toyota Prius?

The Toyota Prius’ potential total lifespan looks quite admirable with an average total mileage of 250,601 miles.

How much does the Honda Ridgeline cost?