Augmented reality (AR) is increasingly reshaping virtual design lately, by allowing gamers to integrate gaming experience with the real world more comfortably. Thanks to the competition amongst Smartphone OS giants to deliver the best AR apps and offer more inviting experience to their platforms. Google has recently taken a bolder step in supporting AR games Android developers by introducing ARCore which provides easier integration of AR to already existing apps. But many want to accept that Tango has edge over ARCore that’s competing with Apple’s ARkit for young developers.

Everyone can admit that virtual experience is getting more realistic and addictive. From finding a Pokemon, shooting zombies at your corridor to defeating ghosts in your closet, it has gone beyond imaginary. We have compiled a list of top AR games for 2018; it’s simply loads of quality augmented reality experience.

Pokémon Go is one of the best AR apps for both Android and iOS platforms developed by Niantic.  It is an AR game that’s easy to play, rapidly comprehensible and offers amazing gameplay to AR Gamers. With Pokémon Go installed on your Android or iOS device, your Smartphone vibrates if there is a Pokémon nearby while you’re on the move. All you have to do is to aim and throw a Poké Ball to capture one. 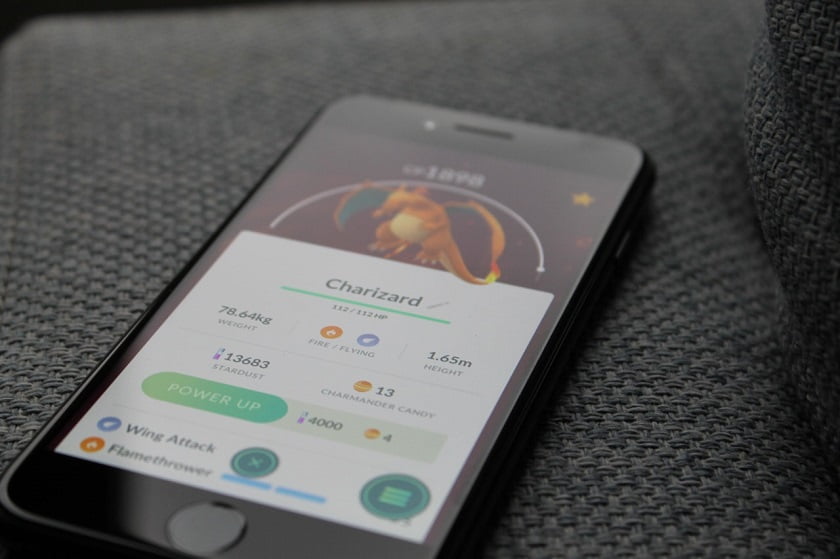 The game leads you on in a quest to search far and wide for Pokémons and other items. While catching, hatching, and evolving, you also get to compete in epic Gym battles and team up to defeat powerful Raid Bosses. Pokemon Go is optimized only for smartphones and not tablet. It is also one of the best free-to-play Android games with in-play purchases.

Developed and published by ThoughtShastra, Tempe Treasure is an AR game touted to be addictive once on it. And truly, it’s very interesting as it consists of various levels and allows you to complete them for rewards and experience points that you can use to unlock secret levels. This AR Game lets you choose the roles of either a treasure protector or a treasure hunter. 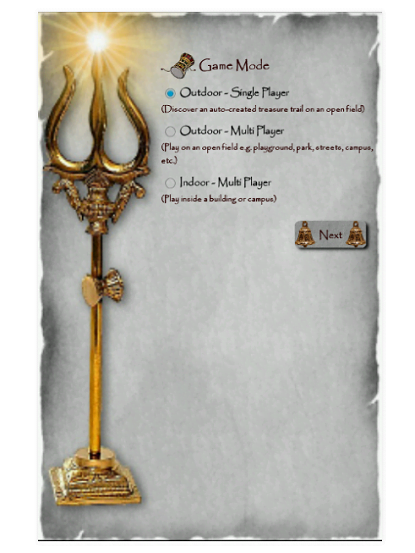 If you do choose the treasure protector role, you will have to create treasure trails and if you have chosen the treasure hunter role, you will have to seek and discover the ancient treasure buried in the Shiva Temple. The game has mythological characters of Indian origin. It deploys the real map of your location and uses your phone’s camera and GPS in order to show the map of the world around you. It’s one of the AR games iPhone users would not be able to enjoy as it is only available on the Android mobile platform.

Ingress also developed by Niantic, is another game in the league, being Google’s debut game in the AR games Android, and one of the most creative AR applications ever used by Android mobile users. Ingress, which is plainly SciFi (science fiction) is an MMO that divides players into two factions; the Enlightened and the Resistance, and has them battle for control of virtual territories in a giant game of king of the hill. 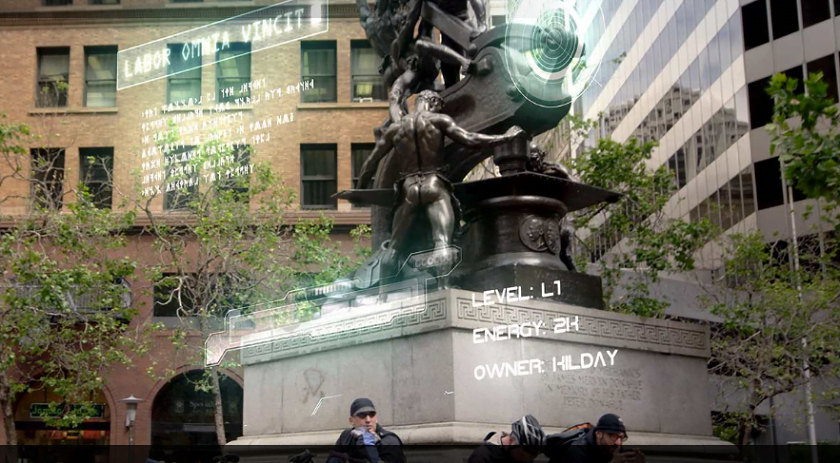 Players earn a material called Exotic Matter (XM) by walking around and can use that XM to take over virtual portals. If either team manages to gain control of three or more portals, they take control of the area between the portals. It’s a comprehensive strategy title at its core and is made more game friendly by the continuous open narrative while offering a good social experience. Ingress is available on Android and iOS platform.

SpecTrek is a second prize winning game in the “Android Developer Challenge II,” though it’s also one of the top AR games iPhone users also enjoy. It is designed to have gamers work-out whilst playing the game, with the tagline for the game being “protect the world, stay in shape”. SpecTrek is an AR game that essentially brings Ghostbusters to life on your Smartphone — but without all the vacuum cleaners and cheesy lines from Dan Aykroyd. 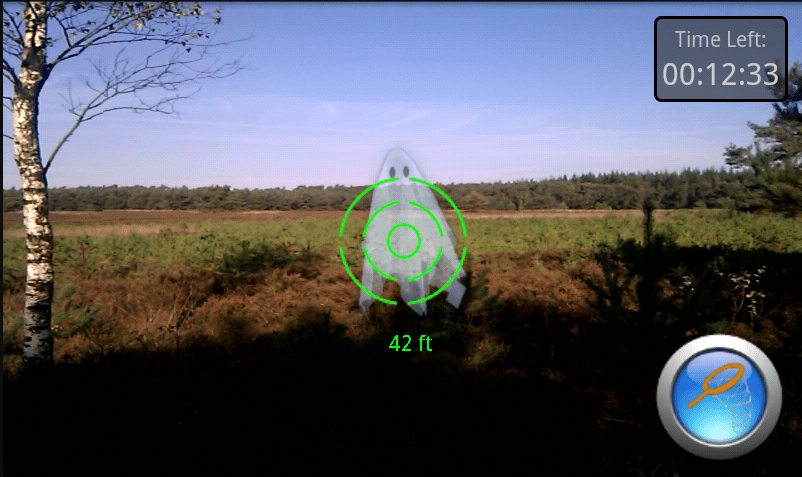 Also, the game offers player’s statistics; awards, titles, records, and other in-game features. SpecTrek has a free version of the app called SpecTrek Light which offers a slightly pared down experience; of course, the full SpecTrek experience comes with the gamer parting with some token.

This Augmented Reality game by HITGPX as its original creators is exclusive to Android users but it’s now available on iOS. The designers are cashing in on the perception of Over 80% of the Mobile Market Being Android. Zombies Go is one of the AR games Android that gets you fighting zombies while on the go.

Similarities between names of the AR games “Zombies GO” and Pokemon Go doesn’t mean they’re of the same creator or share the same features entirely, but there are some similarities which mostly is the concept of holding your phone up, seeing a creature, and choosing how to deal with it. 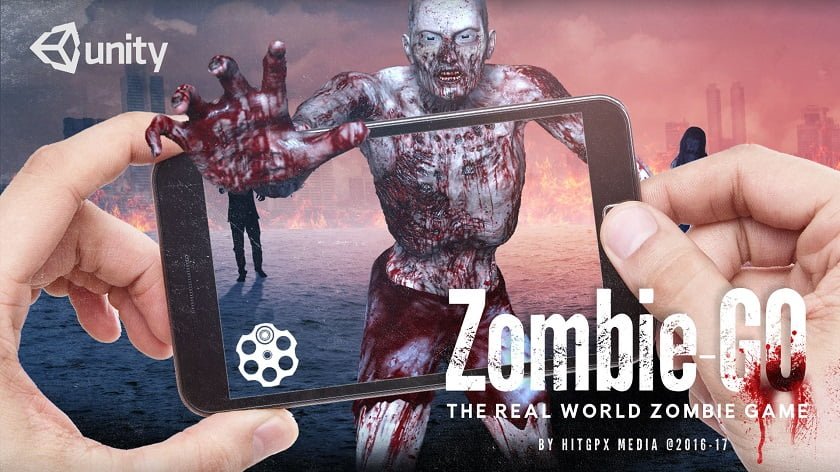 If you need a break from ghost hunting and fighting, the game’s safe mode can keep you off ghost attacks when turned on, it’s also ideal and perfect for those times when you don’t want to fight, but just need to get the thrill and some of the amusements that comes with seeing zombies patiently waiting near a pool or drive through.

6 Augmented Reality Apps You Must Try Once!