Many sources suggest that the use of VR headsets would gain momentum in 2018 more than the previous year. This may be as a result of its growing availability, reduced selling prices and the prologue of extra qualities to HR headsets. With the likes of HTC combining technology with Valve Corporation, there is no doubt about premium quality in the recent AR and VR headsets technology. VR headset manufacturers like Oculus and Sony have maintained a frontline as giants in any chant for mainstream success in virtual reality.

If you are considering getting yourself a VR headset, our list has a few of the top AR & VR headsets in 2018 powered by consoles, high-end computers, and Smartphone devices, which will satisfy your high-end gaming experience.

Oculus Rift is one of the most popular virtual reality headsets with many years of experience in the development of VR. The device is produced by Oculus VR, a company purchased by the CEO of Facebook for $2.3 billion in 2012. The Rift development process had Oculus to work directly with Microsoft which paid off by providing a plug-and-play support for users with Windows 10 through DVI and USB ports, a feature that’s not available in any other VR headset.

Rift offers immerse virtual reality experience with its extra sensors, 1080×1200 resolution per eye, optional Oculus Touch controllers, and built-in headphones features which can be removed. It has a 90Hz refresh rate, Pentile OLED display, 110° field of view and a powerful 3D audio effect.

PC gaming will lack description if HTC Vive is not acknowledged. Two giant techs develop this virtual reality headset; HTC and Valve corporations. The headset operates itself through its embedded room scale tracking technology. This tool also allows the user to move in 3D space – interaction with the virtual world like you would in real life. HTC Vive is also designed with handheld motion-tracked controllers which enable the user to experience full interaction with the environment and to recreate every movement in-game.

While HTC Vive currently prides the highest display quality with its 1080×1200 screens per eye, the VR headset also has two touch-and-button enabled controllers used to imitate whatever you want from a gun to paintbrush. However, this VR headset is recognized as the most expensive of its kinds at the moment.

Over 2 million units of PlayStation VRs were sold within the first 12 months of its launch by the developers, Sony Interactive Entertainment. As a VR headset developed by a giant gaming industry, it is difficult not to find features that will deliver a top experience in gaming. The PlayStation VR enables a simultaneous display on the VR headset screen and a Television, a feature not supported by other headsets.

The PlayStation VR has a display resolution of 1920×1080 on its 5.7-inch OLED panel. The headset enables a social screen video output to the television powered by a processor box. The headset tracks a 360-degree movement of the head through its nine positional LEDs. The only critics of PSVR headset are that the device only requires PlayStation 4, unlike other VR headsets that require high-end computers which are believed to offer higher system performance. 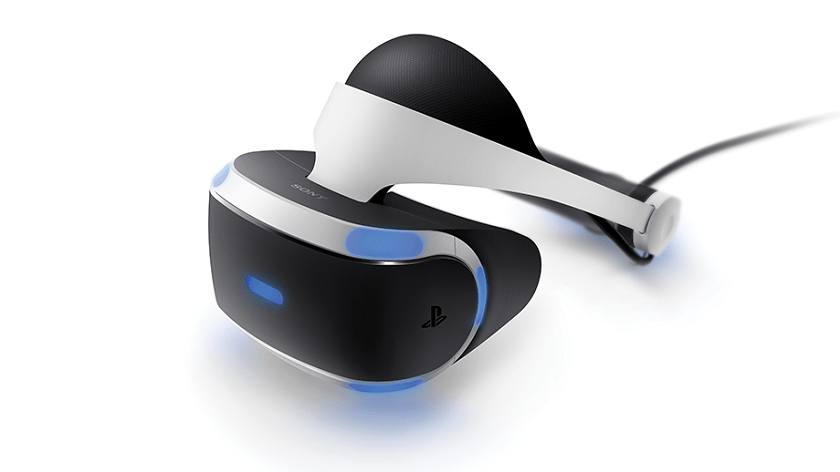 Gear VR is one of the most advanced VR headsets powered by Smartphones. It’s a technology delivered by Samsung in collaboration with Oculus – a company with a high profile in developing VR headsets. Gear VR has a 96-degree field of view which has now been upgraded to 110 degrees while acting as a controller and a custom inertial measurement unit (IMU), but the powering smartphone where the device is connected through a micro USB act as Gear VR’s processor and display.

The VR headset is visualized through its 2460 x 1440 super AMOLED display; this is not really bad for the price. It has a back button and a touchpad by the side for proximity detection when the headset is in use. The only challenge with Gear VR is its compatibility. The device currently has support for only Samsung smartphones which include Samsung Galaxy Note 8, Galaxy S8+, Galaxy S8, Galaxy S7, Galaxy S7 Edge, Galaxy S6 Edge+, Samsung Galaxy Note 5, Galaxy S6 Edge, and Galaxy S6. 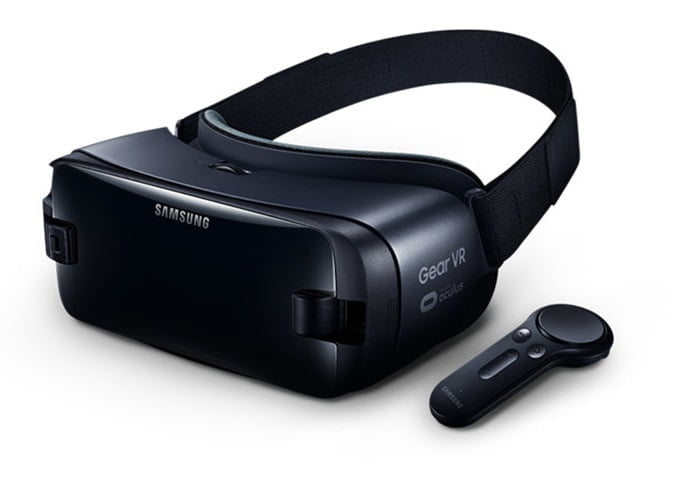 Individuals with flair for VR headsets powered by smartphones have no restrictions using Google Daydream. Yes, because the device is compatible with many android phones operating with “Nougat” 7.1 version or later. Google Daydream is an advanced smartphone-powered virtual reality headset compare to the company’s previous VR headset, Google Cardboard.

Google Daydream is comparably smaller, lighter, and more portable than the Samsung Gear VR which enables users to travel with the VR headset while having the lenses protected. Some users like Adi Robertson of The Verge dubbed Google Daydream the “best mobile headset” she has ever used. It’s the VR headset that could be worn for many hours due to its “squishy foam-and-fabric body.” Daydream-enabled phones include HTC, Alcatel, Samsung, LG, Huawei, Xiaomi, ZTE, and Asus. 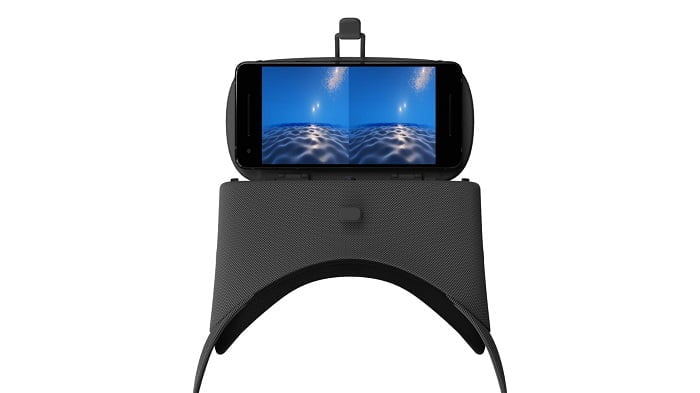 The Moggles VR headset is the one to consider if you are looking for a standard smartphone-powered VR headset that’s portable. The most distinguishing design of Moggles is that the device can fold neatly into a small handy case. Most users think it’s a device to show off a class with friends even though the quality is a top class within its category.

The VR headset has an attractive design. It’s slim and comfortable, though it’s a headset you won’t enjoy wearing for long hours because it would start to dig in. Moggles VR headset is very affordable, and the device to consider if you have a small budget and want something more. 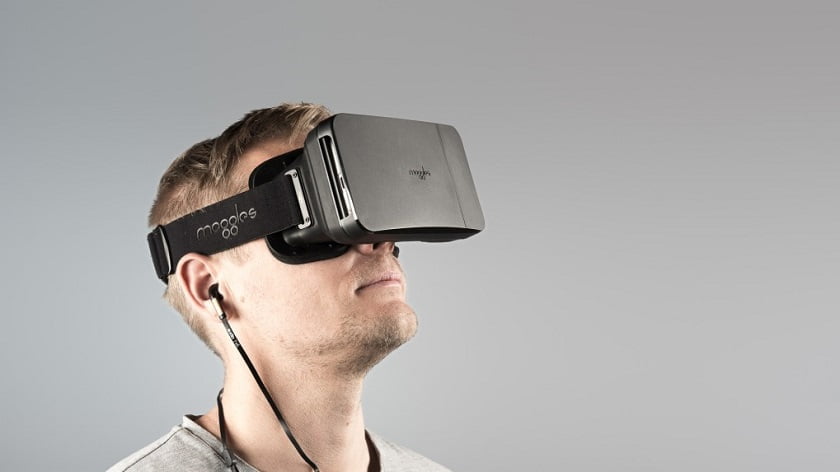