Of late, Netflix games have set both Android and iOS devices on fire, with millions of users showering them with love galore.

‘Top Netflix Games’ – this has become one of the most searched phrases on the internet, in recent times. Millions of Netflix users are found to be simply immersed in binge gaming. In fact, the very term ‘binge gaming’ is a late coinage, all thanks to the world’s leading entertainment streaming platform’s gaming venture.

Netflix, which has 223 million paid memberships in its kitty, reported to churn out as many as 55 games across genres, in the coming months. It has been learned that all of them are under development, at present.

Currently, Netflix has ample games on offer and that too from different genres. This is indeed remarkable for a gaming venture which has set the ball rolling pretty recently. Not only gamers, even the Netflix crazy people have jumped into this euphoria. We are witnessing the surge of excitement across leading social media platforms and gaming community channels.

Let’s have a close look at the best Netflix games amidst the rising popularity of this new gaming saga.

On November 2, 2021, Netflix introduced its first line-up of games to the world – Stranger Things: 1984 (BonusXP), Stranger Things 3: The Game (BonusXP), Shooting Hoops (Frosty Pop), Card Blast (Amuzo & Rogue Games), and Teeter Up (Frosty Pop). Now, there are more than 40 playable games, which belong to a wide range of genres. In addition to them, another 55 games are in the making at the moment.

Hence, there’s already a problem of plenty. However, to make it easier for the beginners, we have meticulously crafted the following list of top Netflix games – the ones you simply can’t miss. Moreover, to give you an essence of varied tastes, we have tried to make the list as diversified as possible, covering as many different genres as possible. Let’s get started!

Into the Dead 2: Unleashed 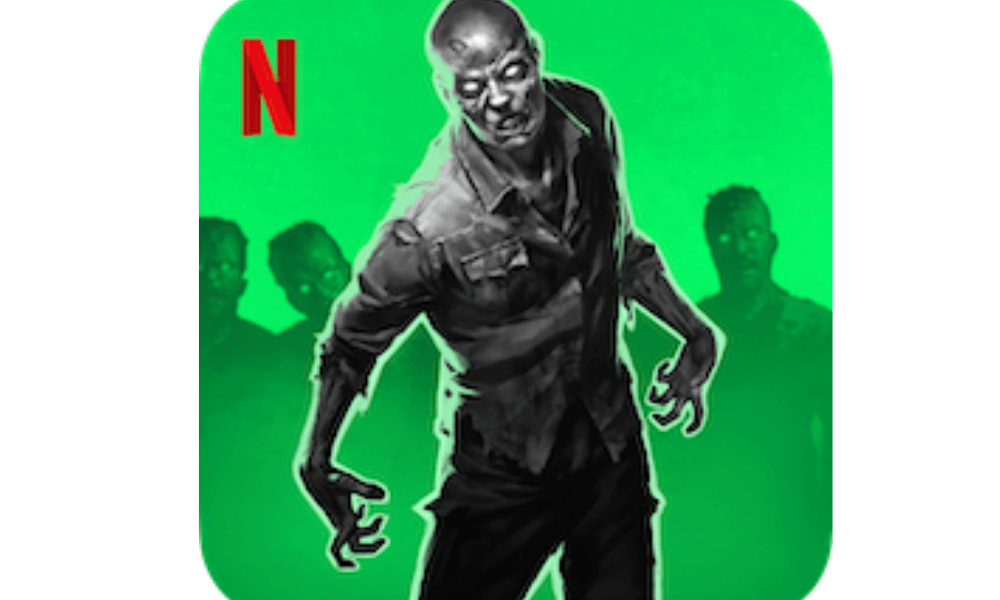 This is a single-player game which happens to be set in a dystopian world and can be played in offline mode too. The primary objective is to ensure the survival of you and your family from the seemingly unending wave of zombies.

With gruesome terror all over the place, the threat of death looms large in an action-packed fashion. To what extent can one go to save his family? – that remains the ultimate question in Into the Dead 2: Unleashed. 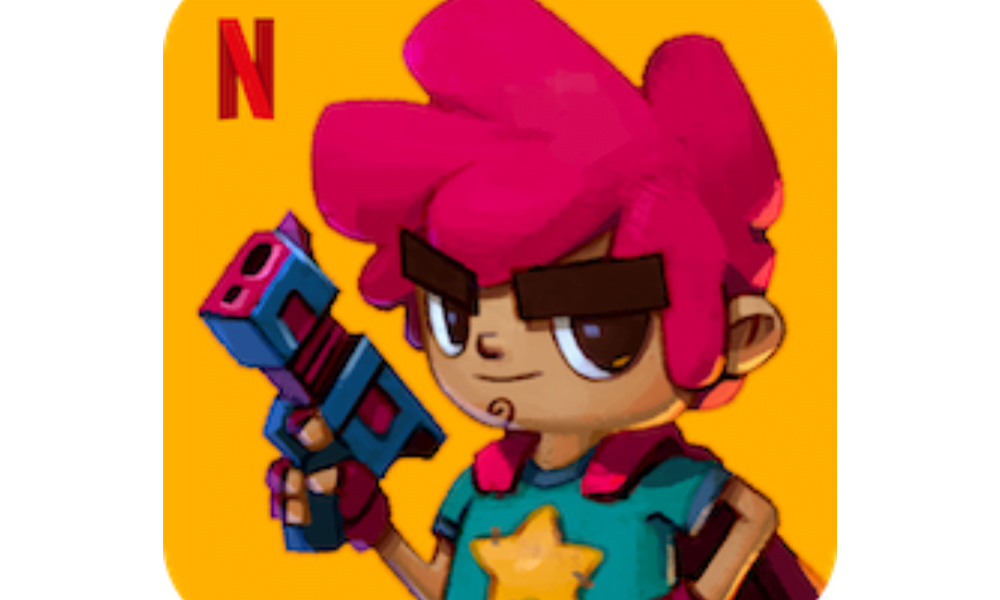 Relic Hunters: Rebels is a fast-paced action-based role-playing-game, which strikes chord with the young audience for its overflowing coolness. Though Cloud saving is not possible, you can play this action RPG in offline mode. It’s a single-player affair, which revolves around a fun-filled shoot and dash gameplay.

While playing Relic Hunters: Rebels, you will get the chance to craft and upgrade more than dozens of some really cool weapons. The modus operandi in the Relic Hunters universe remains, to get the better of the much-fancied Ducan Empire. This objective overlaps with the peacekeeping mission of restoring parity in a planet where people are constantly fighting among themselves.

This is a True Story 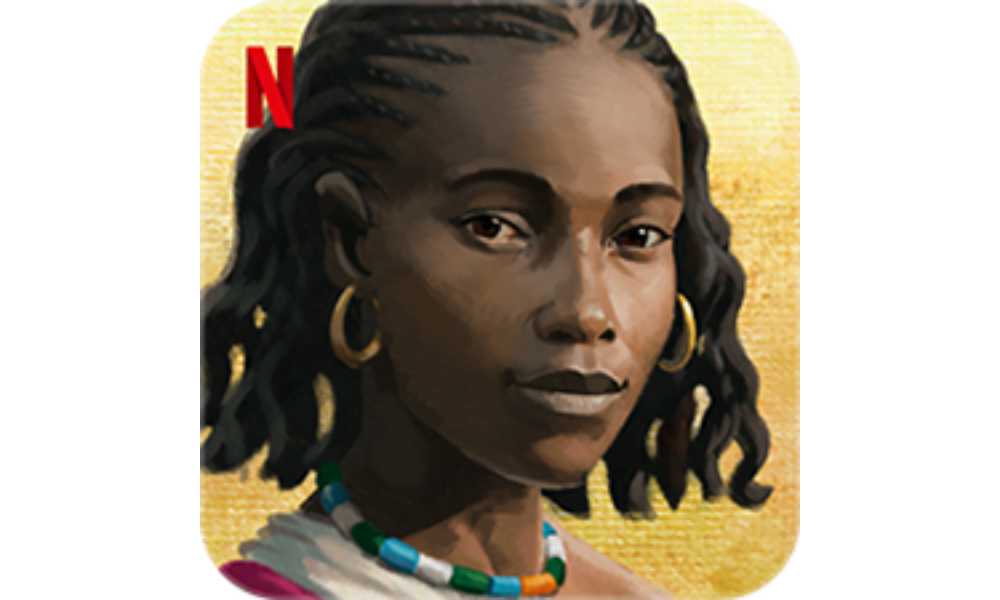 This is a True Story [Image Credit: Netflix]

This is a True Story is a rare gem, which presents you with a beautiful landscape that is absolutely hand-painted with love. The very color palette is way too soothing for the eyes and gives you pure bliss. It’s basically a narrative puzzle game, which is entirely based on actual events and interviews.

This single-player game doesn’t allow you Cloud saves but you can seamlessly enjoy offline play. It’s not too often that you encounter a filmesque game that consists of endless fully hand-painted artworks. 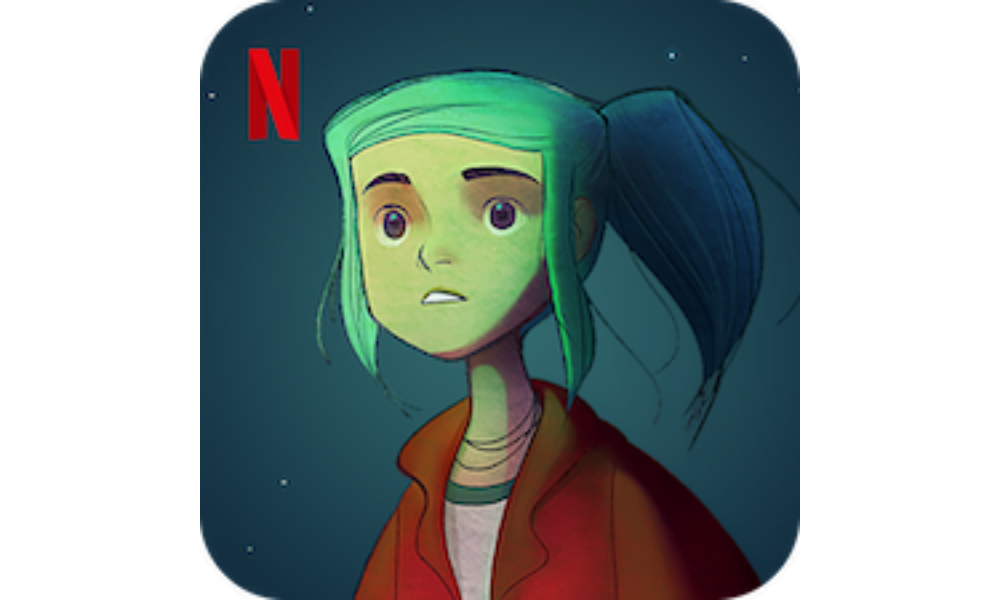 OXENFREE is an adventure game which will instantly remind you of Miyazaki’s masterpieces like The Spirited Away, for its breathtaking visuals. It’s a single-player game which allows both offline play and Cloud saves.

In OXENFREE, a fun night partying at Camena High goes wrong when an unexpected chain of events unfolds. The teens collide head-on with a dangerous supernatural force. Full of thrill and mystery, this choice-driven game moves forward under ghostly circumstances. What allows it to distance itself from similar games, is indeed its brilliant gameplay and fascinating animation. 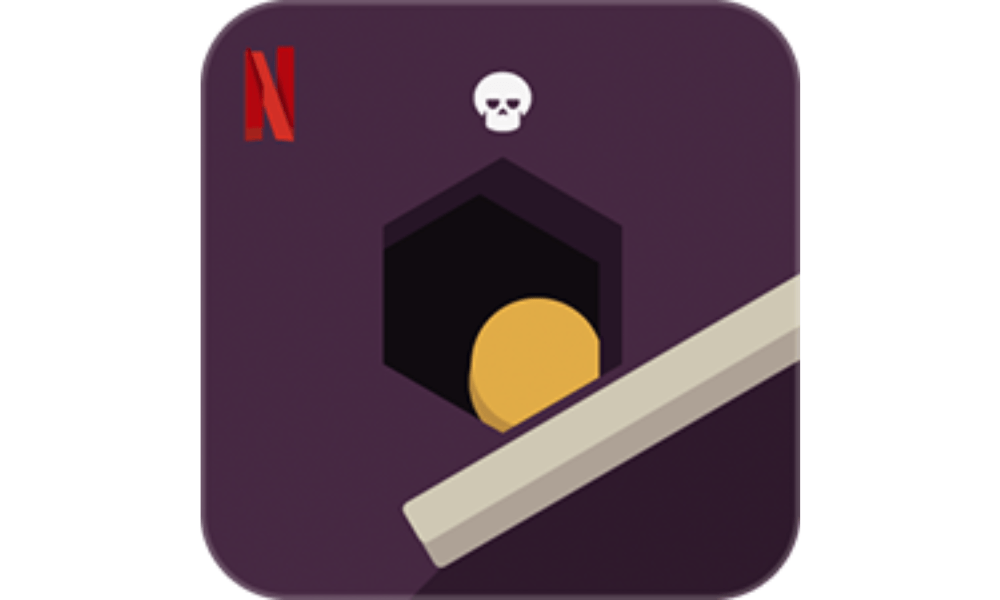 If you are interested in science then Teeter (Up) would be a great choice. You would not be facing any monsters or dragons as this is a simple game with the main task being guiding a ball into a hole through raising and lowering a platform. It might unlock a walk down memory lane for you as it comes with the vibes of the classic Microsoft game, Pinball.

Here, you are pitted against some really cool yet stern opponents – gravity and the laws of physics. Time and again, you have to combat and edge past them, in order to accomplish your mission. 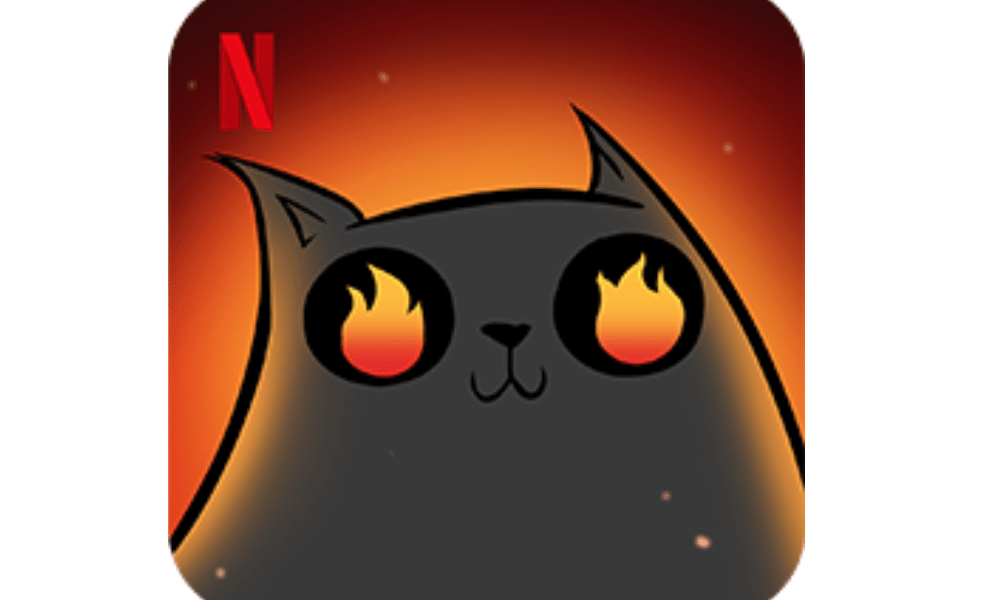 The immensely popular card game Exploding Kittens now finds a Netflix games counterpart and comes live to your smart devices. Much like the real one, multiplayer mode is there. But you can play on your own also, thanks to the single-player mode.

Like the real-life card game, here also you have to escape from the fatal exploding kitten card. You can draw as many cards as you wish, which changes the flow of the game  and certain cards can even change the very dynamics of the match.

If you come across the exploding kitten card, game over for you surely, unless you have the defuse card. It’s your sole lifeline; the only way you can win the game is to have more than one defuse card.

Do you want to jump into a hell of a ride? Then unlock this off-road adrenaline mad rush. Asphalt Xtreme has become one of the most popular racing games on mobile. Available in both single player and multiplayer (cross-play enabled) mode, Asphalt Xtreme allows you to do Cloud saves but there’s no room for offline play.

In order to succeed in this action racing saga, you have to rely only on your instincts and must possess a fearless desire for speed. The superb visuals enhance the mood to a great extent and create the perfect stage for a speed-blast. 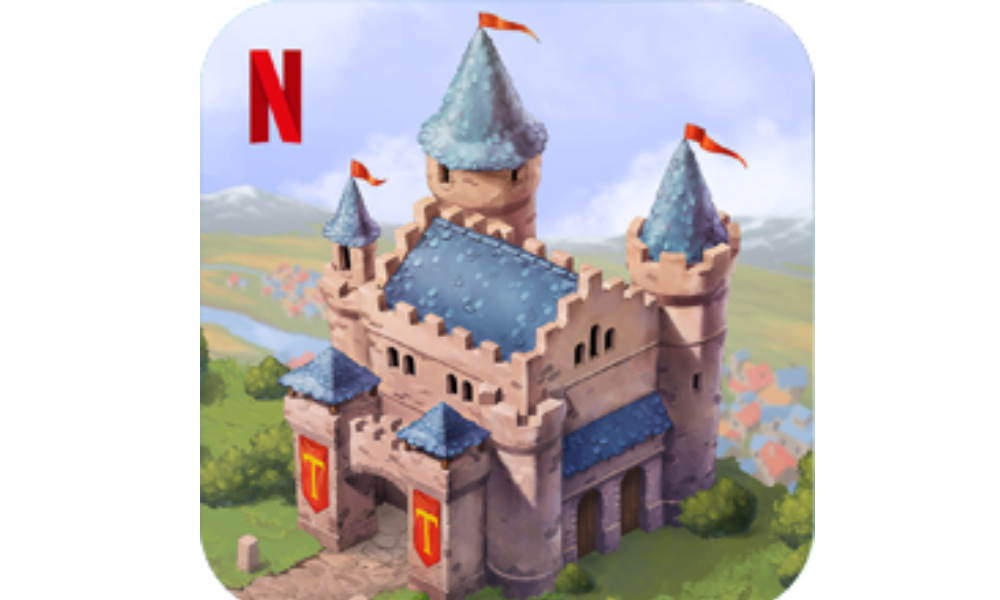 If you love history, then you will get absolutely immersed with Townsmen – A Kingdom Rebuilt. Again, it evokes a bit of nostalgia as many of us have grown up playing the impeccable Age of Empires.

This simulation strategy game is available only in single-player and there’s no option for Cloud saving. However, you can play it in offline mode as well. Here, you have to build a medieval city, while taking wise financial calls and ensure that the people are happy.

‘How to Play Netflix Games’ and ‘Netflix Games Price’ have made it to the top FAQs list, lately. In order to play the best Netflix games, you just need an active Netflix subscription, irrespective of the plan. You can enjoy any of the cool games on Netflix from Android phones & tablets, and iPhone, iPad and iPod touch, upon having a Netflix membership. Moreover, the biggest perk of delving deeper with the Netflix games, is the fact that it completely does away with ads, extra fees and in-app purchases.

The global gaming industry happens to be a very cluttered space. There are big guns like Sony, Microsoft, Ubisoft, Nintendo and Steam, who hold the lion’s share. Though there are some really fascinating indie gaming studios who pose a serious challenge to these top guns, a possibility of toppling them to break into the front row doesn’t only seem distant, but also highly unlikely.

However, Netflix has shown early promise, with the top Netflix games already winning hearts, all over the world. What’s the biggest advantage of Netflix is the fact that it’s blessed with a staggering 223 million subscriptions, spanning over 190 countries. Considering family subscriptions and how it works actually (people sharing a single Netflix account), there would be at least 600 million people globally,  enjoying TV series, documentaries, feature films and now, even mobile games.

Therefore, it can be seen that arguably the world’s largest over the top content streaming platform, has an enviable launchpad. When we analyze all the aspects closely, we realize that this has been the key factor and went on to work wonders for the California-headquartered company.

Leanne Loombe, Head of External Game Development, enlightened us with the long-term plans of Netflix Games, “Our ultimate strategy is really about making sure there is a game on Netflix for all of our members. We have a lot of members, a diverse group of audiences, and so we want to make sure that we have the diversity in the variety of games to really serve all of those members.”

When Netflix started its games section in November, 2021, none of the powerhouses of the gaming world took it seriously. But now, with the top Netflix games going hammer and tongs, they can’t afford to take it lightly.

The way things are unfolding, Netflix will soon become a force to reckon with in the global gaming industry. It is sanctioning massive investments, aggressively bolstering its in-house team and has strong aspirations to go over the top. This has also found echoes in the words of Netflix CEO Reed Hastings, who was quoted saying, “We have a lot of investment to do in games.”

Back in July this year, there were strong speculations over a possible ‘Netflix Microsoft’ deal, which ultimately didn’t see the light of the day. Though Netflix partnered with Microsoft to burst into the world of advertising, it stayed away from a potential sale. Hastings made it clear that his company was extremely cautious at every step, “It’s not normal to do commercial deals with people you’re trying to acquire. That makes it more complicated, not less.”

But come September 2022, the Netflix Games Ubisoft partnership surprised everyone and sent shockwaves across the entire global gaming industry. This extremely significant tie-up was marked by some stunning announcements – arrival of Ubisoft’s multi-award-winning game Valiant Hearts: The Great War, a new edition of the critically-acclaimed The Mighty Quest for Epic Loot mobile game and of course an Assassin’s Creed mobile game.

It goes without saying that the unison of these two Fortune 500 companies will raise a few eyebrows among the leaders in the worldwide gaming industry. We need to see how the Netflix Games juggernaut barges into the elite club to initiate a clash of the titans. At the moment, there’s no stopping for the top Netflix games.

How can I play the Netflix games?

In order to play the best Netflix games, you just need an active Netflix subscription, irrespective of the plan.

How much does the Netflix games plan cost?

The Netflix games are free, as they come with your usual Netflix subscription.

How many Netflix games are there?

At present, there are 41 exclusive Netflix games and 55 more are in the making.