Toyota has just dropped the first-look of its upcoming hybrid car, Toyota Prius 2023. The Aichi-headquartered company rocked the global automobile industry with the inaugural edition of Prius, more than two decades ago. It was the world’s first production hybrid car. Aimed at enhancing fuel economy by manifold, it was bolstered with a rare combination of an electric motor and a high efficiency engine. Since then, there has been no looking back for Prius.

Come 2022, Prius, the Latin word for “To Go Before”, has become almost synonymous with hybrid cars, inspiring a wave of them in the process. The entire automobile world was eagerly waiting for the reveal of the new Toyota Prius. Finally, at a kickoff event on the eve of the 2022 Los Angeles Auto Show at the LA Convention Center, the automobile-giant has officially unveiled the 2023 Toyota Prius.

Prius has been quite instrumental to Toyota’s astounding success as the frontrunner in the domain of hybrid cars, globally. The new Toyota Prius, which is all-set to hit the roads next year, seems to be a massive upgrade over its predecessor. Let’s have a joyride with the fifth generation of Toyota’s iconic eco-car. 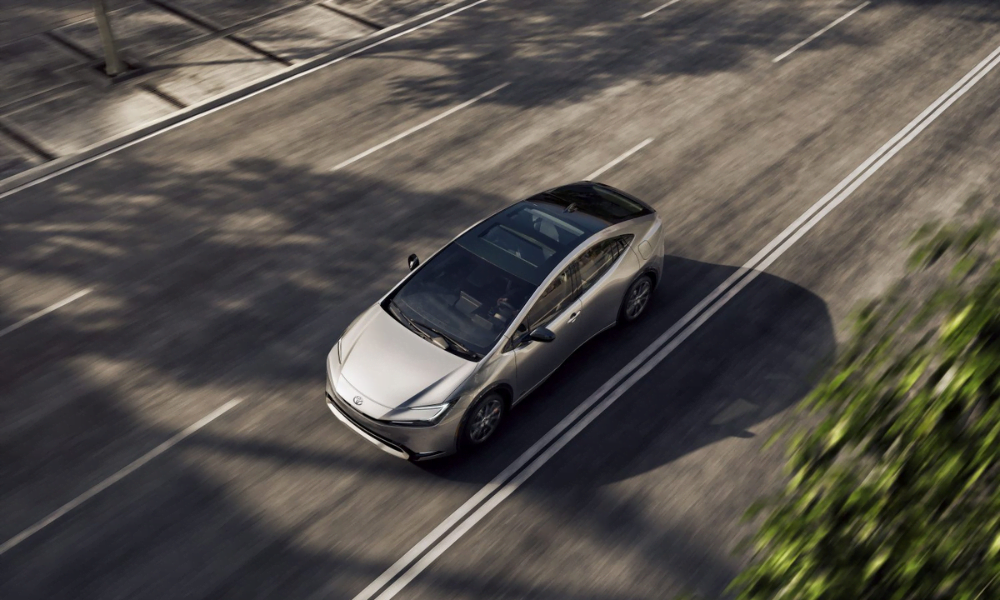 The Toyota Prius 2023 is powered by a freshly-minted lithium-ion battery pack that offers a whopping 15% increase in output in comparison with the previous generation Nickel Metal battery. [Image Credit: Toyota]

The new Toyota Prius appears to uphold the rich legacy of this smash-hit series, which saw millions of cars going out of Toyota’s showrooms over a span of two decades. It manages to grab the eyeballs thanks to its razor-sharp design, which is dipped in elegance with a brush of coolness over it. Toyota has taken meticulous care to produce a dream driving companion that comes with a sporty exterior styling, a lower, wider one-motion silhouette and up-to 57 MPG combined manufacturer rate fuel economy.

It’s a complete redesign that speaks volumes about the modern approach, which has gone into its making. Toyota group vice president and general manager Dave Christ disclosed the very thought behind the 2023 Toyota Prius – “As a company, we set our sights on developing a new Prius for the future, and our design and engineering teams really delivered.”
One must remember that Prius has become a name for itself and surpassing the benchmark, is indeed a stern challenge. Hence, there was extra cautiousness on the part of Toyota to deliver a top-notch performance with inch-perfect precision. Quite aptly, this found echoes in Dave Christ’s words –  “The weight of the Prius name is heavy – it carries with it the identity of an entire category of vehicle powertrain. We’re confident the all-new 2023 Prius and Prius Prime will continue this important legacy.” 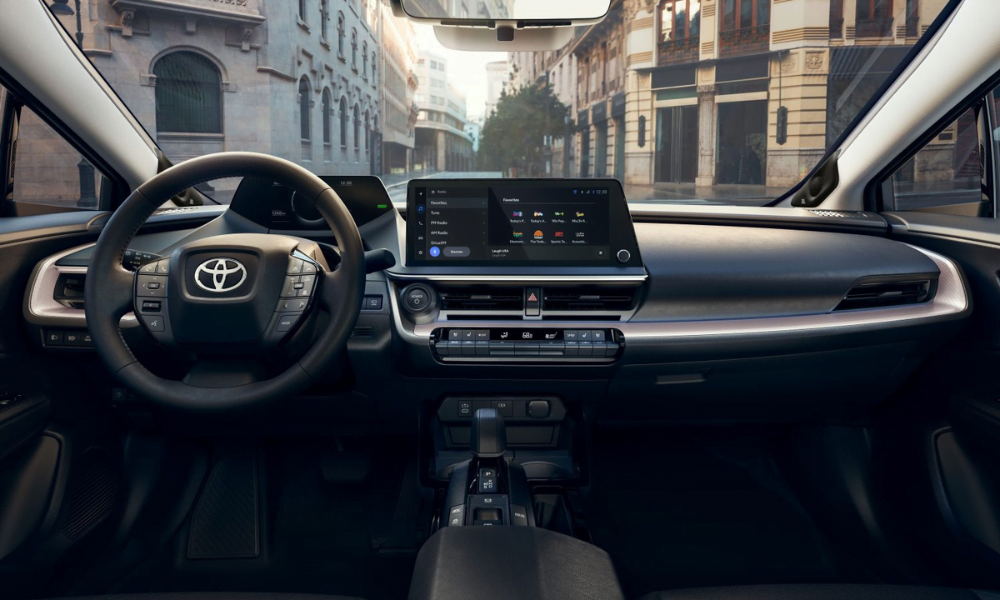 When it comes to power, the new Toyota Prius looks to hold many aces up its sleeve. Toyota claims that the reworked hybrid system is capable of producing 193 hp in standard form and 220 hp in the plug-in-hybrid model. These stats are simply unreal and already driven car maniacs absolutely crazy. The inclusion of a 2.0-liter inline-four gasoline engine, replacing the old 1.8-liter unit one, certainly adds more firepower.

The Toyota Prius 2023 is powered by a freshly-minted lithium-ion battery pack that offers a whopping 15% increase in output in comparison with the previous generation Nickel Metal battery. Moreover, the size and the weight has been reduced substantially.

In order to drive the rear wheels for extra grip, the Toyota Prius 2023 is equipped with an Electronic On-Demand AWD system, which uses a motor to do the job seamlessly. This gem of a hybrid car houses a revamped Toyota Hybrid System and would be available in three different grades – LE, XLE and Limited.

With Prius, you can drive with effortless ease, as you can choose between NORMAL, ECO and SPORT mode. Toyota’s Texas-based Connected Technologies team has pushed their limits to pull the jaw-dropping 12.3-inch Toyota Audio Multimedia system off. In addition to all these, drivers can enjoy Over-the-Air (OTA) updates, along with an array of enhanced connectivity and convenience features.

The 2023 Toyota Prius is associated with many firsts. It is going to be the first ever vehicle from Toyota to don a new “Beyond Zero” badge. This development is an integral part of Toyota’s carbon neutrality commitments. Interestingly, the company claims to have prevented over 82 million tons of CO2 emissions courtesy of its hybrid cars. That’s quite an achievement!

In a nutshell, the all-new Toyota Prius 2023 redefines hybrid cars in ultimate fashion, unraveling a brilliant amalgamation of style, power and comfort, with a tinge of magic. Drivers can drive without worry as it comprises the latest Toyota Safety Sense generation, TSS 3.0. Taking everything into consideration, the frenzy around the next-gen Toyota Prius, appears quite evident. We need to wait for a month or two, before it hits the stores, globally. Meanwhile, the BMW X1 2023 is also releasing next year and it would be quite interesting to see, when they are pitted against each other.

When is the 2023 Toyota Prius coming?

Does the Toyota Prius 2023 has an enhanced battery?

Yes. The Toyota Prius 2023 is powered by a freshly-minted lithium-ion battery pack that offers a whopping 15% increase in output in comparison with the previous generation Nickel Metal battery.