Uber conquers yet another territory for its growing empire. As of now, it seems, the dream of Uber CEO Travis Kalanick to rule the major Asian markets by the end of 2016 is gradually turning into reality. 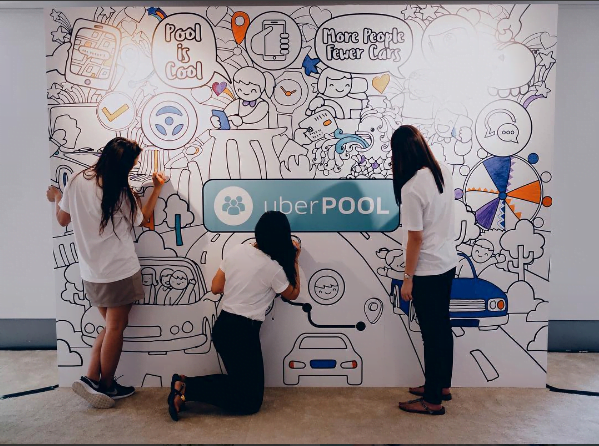 Earlier this week, Uber launched two major features, though separately, in two of the biggest Asian Markets – China and India. The company introduced Upfront Fares in India to promote its culture of transparency. In the feature, the users will be notified upfront about the charges of the trip.

On the other hand, Uber announced the debut of Uber + Travel and UberLIFE in China. Both the services will roll out in 2016. UberLIFE will offer digital magazines to connect users with art and sports events, theaters and plays, among other local activities going on. Uber + Travel will connect Uber users to everything they might require during their international travels.

This time, the giant is wading into one of the biggest markets of ride-pooling with the launch of UberPOOL in Singapore. The UberPOOL launch scheduled on July 1, will offer drivers to serve multiple individuals going in the same direction. This will allow individuals to split the charge of the trip meanwhile saving some money.

The service will bring cheaper rides with 25 percent less fare per trip than that of Uber’s another baby “UberX”, its cheapest service. Riders will save fare regardless of whether someone else is up for carpooling or not along the way. UberPOOL in Singapore will match the riders heading on the same way, whereby a ride may be collected along the way in order to join a rider already present in the car.

Addressing the details regarding UberPOOL launch at a media briefing today, the company said that Uber app will notify users whether there is an existing rider in the cab along with the pickup destination of another passenger.

The company mentioned that UberPOOL in Singapore will also support the aim to reduce congestion as much as possible by serving more individuals in fewer cabs. Uber also added that introducing the service means drivers will have less idle time in between trips.

Singapore is the third city in Asia to receive UberPOOL. The service was launched in Manila on June 15 and Jakarta last month. The company plans to introduce the service in minimum 10 Asian cities apart from the ones mentioned above. UberPOOL is currently available in 39 cities globally.

The service was initially launched in the United States back in August 2104, and today, the service accounts for 20 per cent of global trips every day. In China, Uber alone serves 14 major cities. The company started recruiting drivers for UberPOOL last week, in return offering special incentives to 100 drivers to complete the training.

Another ride-hailing service operating in Singapore is GrabHitch. The service was launched in November 2015. It’s expected to become Uber’s toughest competitor in Singapore. Earlier this month, the rival company sought the rights to expand the use of its service between Singapore and Johor. It claimed rides, which would be priced at just Singapore $9 – $14.