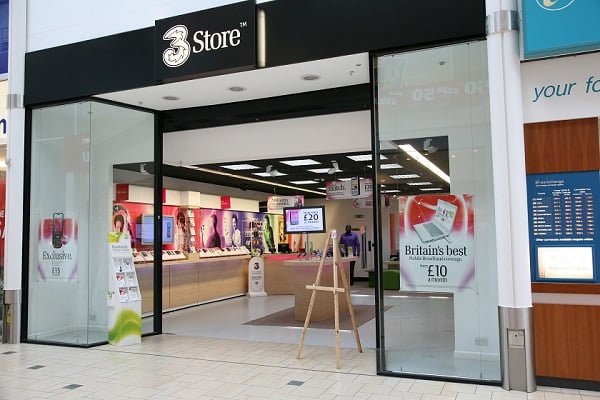 A 3 store in Banbury, England

In a breakthrough announcement, Mobile carrier Three said will begin a network-wide ad blocking to appease its customers.

Three UK and Three Italy will implement Israeli company Shine’s technology by preventing ads across the cellular network, followed by a rapid roll-out across its operations in other countries.

The landmark move will create havoc amid rising concern for digital advertisers and publishers, which are dealing with an increasingly resolute audience who block advertising when they browse through their phones.

Three stated in a press release that the move is an attempt to give “give customers more control, choice and greater transparency over what they receive,” and not to “eliminate advertising.”

The mobile network, which has over 9 million UK customers, renounces a network-wide adblocking will play out much better than adblocking apps as it “reaches a broader range of mobile adblocking”.

Three UK chief marketing officer Tom Malleschitz said the movie will “give customers choice and significantly improve their ad experience. We don’t believe customers should have to pay for data usage driven by mobile ads. The industry has to work together to give customers mobile ads they want and benefit from.”

Three will also partner with a handful of entities from the advertising community to “deliver a better, more targeted and more transparent mobile ad experience to customers”.

The Internet Advertising Bureau warned that Three’s move could result in publishers being forced to charge users for content they currently enjoy for free.

“The IAB believes that an ad funded internet is essential in providing revenue to publishers so they can continue to make their content, services and applications widely available at little, or no cost,” said Alex Kozloff, the IAB’s acting marketing and communications director. “We believe adblocking undermines this approach and could mean consumers have to pay for content they currently get for free.”

Whereas, some companies are going anti-adblock. Last week, WIRED announced that it would block users that have an adblocker installed. Thus, reserving its decision of allowing users to pay a meagre $1 per month to access an ad-free version of one of the biggest technology publication in the industry.

Surely, there must be a better way to tackle adblocking. What do you think?