Ultrasound on a smartphone could help save millions of lives!

Butterfly Network Inc. is a U.S. based startup founded by Jonahan Rothberg. The company works towards manufacturing portable semiconductor-based ultrasound systems. The first product from the startup was the Butterfly iQTM. It is considered to be the world’s first system to have an ultrasound on a smartphone.

The ultrasound tool can be plugged into the lightning jack of the iPhones. The machine learning algorithms help guide the user to scan their body and look for troubles. Butterfly Network has already got the nod for 13 clinical applications. The applications include cardiac scans and musculoskeletal checks. 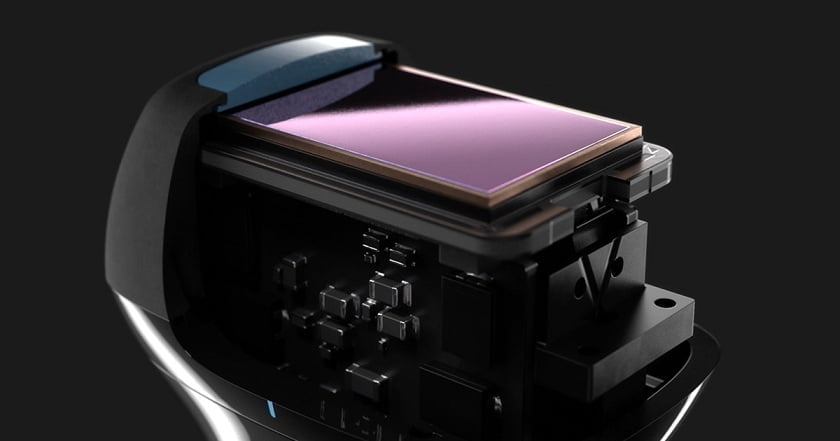 The ultrasound tool can be plugged into the lightning jack of the iPhones.

According to reports, the Butterfly Network has received FDA 510(k) clearance for the “ultrasound-on-a-chip” image system. Butterfly iQ for iPhones is designed specifically to make ultrasound accessible around the world. It helps scan the body for diseases at a very low cost – which is under $2,000. FDA stated that the “ultrasound-on-a-chip” can perform diagnostic imaging and measurement of the peripheral vessel, as well as look out for problems related to cardiac, urology and gynecology.

The invention of iQ is not to take the place of the larger imaging machine, but for portability. Rothberg knew that the impact of his invention would be larger than anything else.

Jonathan Rothberg is the Co-Founder, Product Architect and CEO of the startup Butterfly Network. Rothberg said, “Just as putting a camera on a semiconductor chip made photography accessible to anyone with a smartphone and putting a computer on a chip-enabled the revolution in personal computing before that, Butterfly’s ultrasound-on-a-chip technology enables a low-cost window into the human body, making high-quality diagnostic imaging accessible to anyone.” He also spoke about more than half of the population not being able to access medical imaging. “Two-thirds of the world’s population has no access to medical imaging, that’s not OK, and today our team is doing something about it. And they are just getting started,” he added.

Effects of ultrasound on a smartphone.

John Martin, the Chief Medical Officer and a vascular surgeon in U.S. was able to identify the cancerous cells in his neck because of the medical accessory of the Butterfly Network which was connected to his iPhone. He feels that ultrasound on a smartphone can be used with ease and without much in-depth knowledge required. He also states that he sees a lot of potential in diagnosing pneumonia in children and saving their lives before it becomes worse and creates problems in the children’s bodies.

How convenient it is!

The device can be used in three different settings such as the emergency room, intensive care unit and medical education. This invention could help doctors treat patients for a lesser amount of money. The iQ could help save more lives of people all across the globe. Traditional hospitals tend to loot money from the people in order to cure them of their illnesses. But, the smartphones turning into a tool used to scan bodies for any disease, is the most millennial development of all times. Those doctors who cannot afford heavy machinery to save peoples’ lives, can afford this phone and help to treat their patients.

The ultrasound on a smartphone could indeed help save millions of lives worldwide by diagnosing diseases through this small, affordable hand-held device. Jonathan Rothberg has been able to cram a million-dollar computer-sized machine into circuit boards. Rothberg became well-known after he invented a chip that could incorporate a DNA sequencer. He is the engineer behind turning the smartphone into a device that could also scan the human body.