Unicorn Startups in US & Asia: Ecosystem of 2020 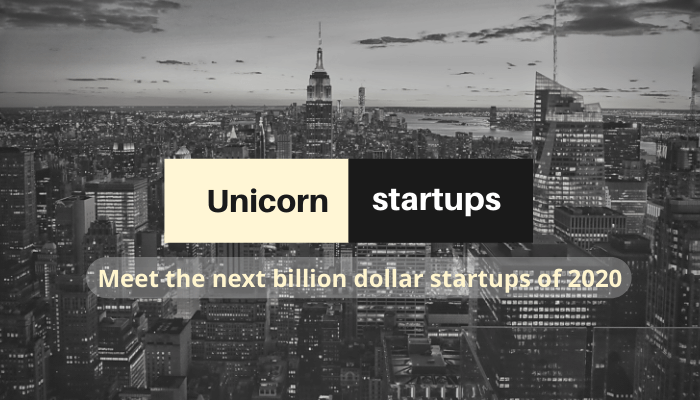 Unicorn startups are private companies valued north of $1 billion. What was once the stuff of dream is now an everyday reality. Technowize has curated a Unicorn Startups list which comprises of not only unicorn startups in US, but also from emerging economies of the world, such as Africa and India. But before that, let’s first take a sneak peek into the volatile world of unicorn companies in 2020.

Dramatic fall for US Unicorn Startups

The term unicorn for billion-dollar startups was coined in 2013, and the unicorns may be difficult to spy but the startup rush in the last decade has seen many companies reach this valuation sooner than one could say “I spy.”

But the spring season for unicorns is fast turning into winters as far as investors and venture capitalist firms are concerned. Last year saw many shiny stars of the start-up class see lackluster performances, especially at the bourses. Lyft, Uber, and WeWork faced disappointments in their IPOs, and WeCompany, owner of WeWork, faced a sharp markdown in its valuation.

According to PitchBook Data, a data-crunching marketer, 23 Asian startups reached the $1 billion valuation threshold to join the unicorn bandwagon in 2019. The previous year, 2018, saw 42. The total funds raised fell to some $21 billion, one-third of those raised in 2018.

The market sentiment is fast-changing regarding the performance of start-ups and what to look for while investing in them.

Unicorn Startups in US & Asia are Fastest-growing

“Valuations will be looked at and be examined in a much harsher way,” said Nobuaki Kitagawa, managing director of CyberAgent Capital in Shanghai to Nikkei Investments. “There will probably be an emphasis on how these startups are making profit or how long until their earnings will turn from red to black.”

The Asian region has been witnessing a slew of investments in a variety of startups catering to the rapidly digitizing population.

PitchBook Data, a data-crunching marketer, said 23 Asian startups reached the $1 billion valuation threshold to join the unicorn bandwagon in 2019. The previous year, 2018, saw 42. The total funds raised fell to some $21 billion, one-third of those raised in 2018.

2020 will also see fewer deals in this region, and with China facing a Coronavirus crisis along with a slowing economy, the investors will not be too ready to venture out there.

“There used to be an abundance of capital, injected by big investors like SoftBank, which ultimately led to the inflation of prices,” James Riney, CEO of Coral Capital, said in an interview, pointing out that this forced venture capital firms to raise much more than their capacity allowed. The Asian region has been witnessing a slew of investments in a variety of startups catering to the rapidly digitizing population.

Softbank has been facing some headwinds with its major tech investments showing low performances, including Uber, Lyft, Oyo, and Wework.

Unicorn Startups in Asia & US

The unicorn startups in US and Asia will need to prove their valuations by showing sustainability and growth. Another critical factor is that companies should desist from inflating their numbers and performance matrix to gain high valuations. A series of fundings by well-known investors pushes up the valuations, which attracts more investments. But their turn at the IPOs has proved a copper.

This kind of an ecosystem breeds an environment of expectation of profitability that is unsustainable. The big tech companies, such as Apple and Google, when they ventured out into IPOs, were valued in mere millions.

There are some successful unicorns like the Canadian unicorn, Lightspeed, which has seen an 80 percent increase in stock values since its IPO in March. Lightspeed founder and CEO Dax Dasilva told Observer, “Too often, the breakneck pace of unicorn companies comes without the focus on doing the foundational things needed to scale, which in many cases may hurt the long term chance for sustained success.”

Investors will increasingly be looking for s strong leadership at the top. The scandals that rocked the tech startups in the last two years have shown the immaturity of the senior leadership. Integrity and ethical standards from the people in senior roles are needed.

2020 may be a turning point for the unicorns.

We take a look at the top 10 unicorns startups of 2020 here. This is a ranking of startup companies valued at more than one billion in Jan 2020 by global venture capital firms.