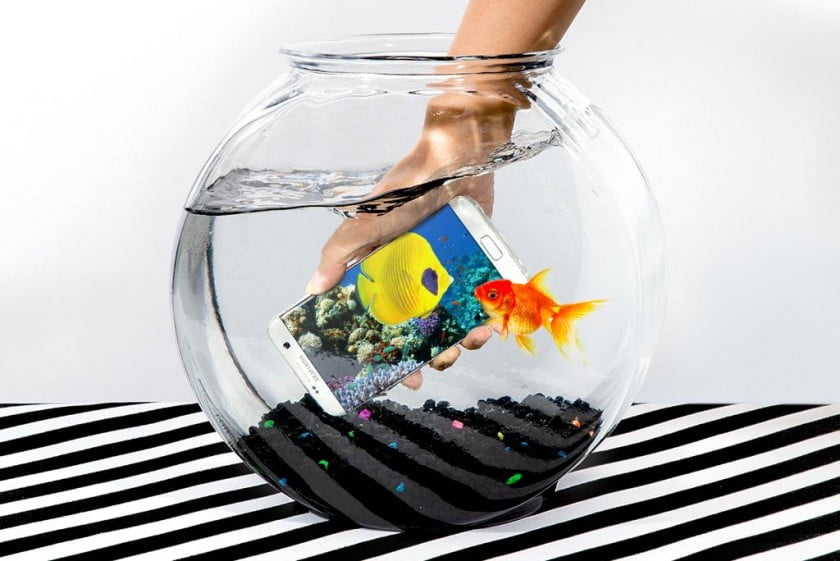 The Galaxy S7 is certainly the most demure showpiece by Samsung in the history of smartphones manufactured by the South Korean tech giant. Quite frankly, this is the best phone available on the market, which toe-to-toe outstrips its nemesis, iOS king Apple’s crown jewel, the almighty iPhone 6S in the global smartphone market.

The Samsung Galaxy S7 is the perfect example of how you can win by focusing on enhancing existing features rather than introducing giant latest ones. While the flagship smartphone by Samsung is not something that should be regarded as a massive leap-frog, but the South Korean Android-based smartphone giant has pushed almost every feature, from design to software, closer to smartphone perfection. A magnum opus maybe?

The description of Samsung Galaxy S7 and the Samsung Galaxy S7 Edge as different models or variants can be a little misleading. The advanced technology equipped from creating the exemplary curved display of Edge is by no grounds simple. Due to the curved edge creation, the structure and organization of smartphone’s internal components are perfect by every inch. Surely, this time, Samsung has finally managed to pull off the ‘Quad-Edge’ for Galaxy S7 Edge.

Albeit, even the most frivolous Samsung Galaxy S7 Edge followers are aware that the smartphone has gentle curves on the right and left sides of the screen, a few who haven’t used this phone themselves may have a bigger surprise coming up, as now the curved edge has been applied to the top and bottom as well.

Although the elegant design selection offers a flattened lozenge and a smooth shape that perfectly fits in the hand, Galaxy S7 has design implications, which cascade through the guts of this device, forcing the Samsung developers to deliberately and precisely manage the space. The end result? A masterpiece of the highly efficient device in the world of smartphone technology.

The smartphone device proudly follows the foot prints of its predecessor by representing minimal design variations, but clever enhancements of existing features. It is not a bad effort, considering it is one of the top most, best-looking devices present in the smartphone market. 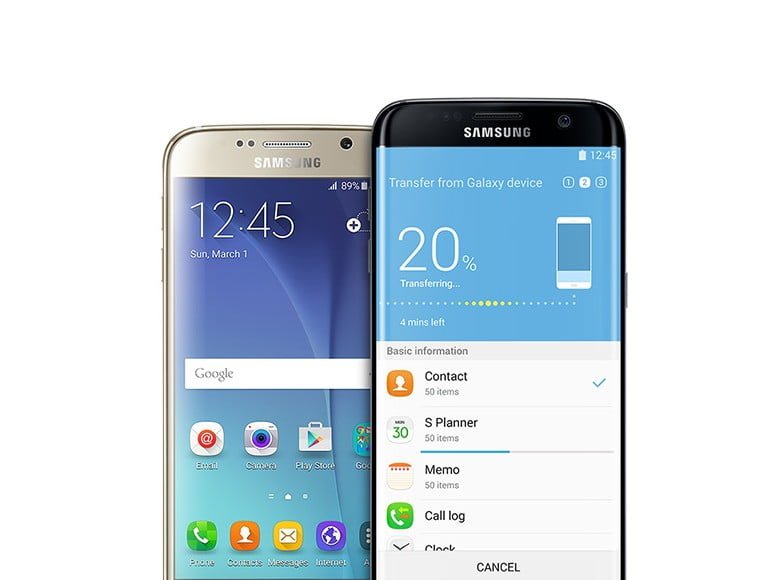 The body of Galaxy S7 is a setup of glass and metal, which is nice, but highly prone to receive scratches in case it is used without a smartphone case. However, the waterproof IP68 rating for the Galaxy is simply fantastic as it allows the phone to be submerged under 5-feet deep water.

The rear is designed with chamfered edges having front body enveloped with Quad-Edges. The S7 weighs solid 5.4-ounch making it quite pleasant to hold the device. Galaxy S7’s rear can also be considered as a fingerprint magnet, you’ll have to suffer the smudges due to the material used for the rear.

The phone features glass face, which is bezel-free and the rear body is enveloped in the similar glass face as that of the front screen. One biggest nightmare with the glass screen is that due to the intensive use of adhesive in order to keep the glass rear attached to the device’s body, replacing and repairing Galaxy S7’s parts is not possible at all without smashing the device’s display in the ongoing process. Well, in other words, it’s not exactly impossible, but you’ll need a lot of cash to go through the sufferance.

The new water-resistant #GalaxyS7 is now just as durable as you are. #TheNextGalaxy pic.twitter.com/hyE047x9JN 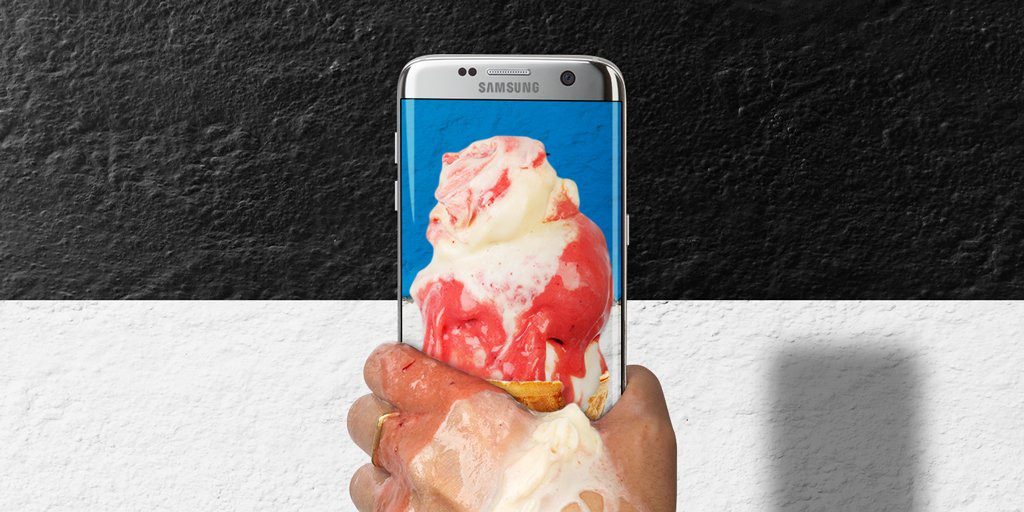 Following its predecessor’s feature, the new flagship continues to remain impressive piece in the display segment. The crystal clear Quad HD, which means: 2,560 x 1,440 Resolution, 577ppi Pixel Density, and a phenomenal sharp display with rich and deep black colours, paired with the flexible SuperAMOLED display is simply stunning and absolutely outstrips the iPhone 6S that is known to have Retina, the highest resolution that can be perceived by humans.

The fresh screen function ‘Always On’, which offers the display of necessary information such as date and time even when the device is powered off, is simply the best.

It is a joy watching HD YouTube videos on this device, although the hard efforts poured by the company to make people and objects in the video look alive by adding a slight pink skin tone, is a turn off, but overall it is good, and few people may prefer playback style of Samsung Galaxy S7.

The Samsung Galaxy S7 uses the powerful, latest processor, Qualcomm Snapdragon 820, mated with RAM of 4GB, which is mightier than the Apple’s iPhone 6S.

The phone is equipped with NFC, dual-band 11ac Wi-Fi, GPS, and Bluetooth 4.2. The 3,000mAh battery is non-removable and wirelessly chargeable.

The return of MicroSD slot in the 32GB Samsung Galaxy S7 model is a relief for all those who wanted expandable storage. The expandable storage also means that the storage of this device can be boosted up to 200GB provided the fact that nearly 8GB memory is pre-occupied by device bloatware.

The Samsung Galaxy S7 arrives with the latest version of Android, Marshmallow 6.0. The TouchWiz skin of Samsung may cause issues, so Samsung will have to keep tweaking it after every single update of Android. TouchWiz is not something, which Samsung is planning to get rid of, at least not for now. Although, it will surely perform a bunch of tricks in order to shrink the size of the screen in an effective measure for operations that are one-handed.

There were too many speculations regarding Samsung getting rid of the bloatware, but sadly it still exists. 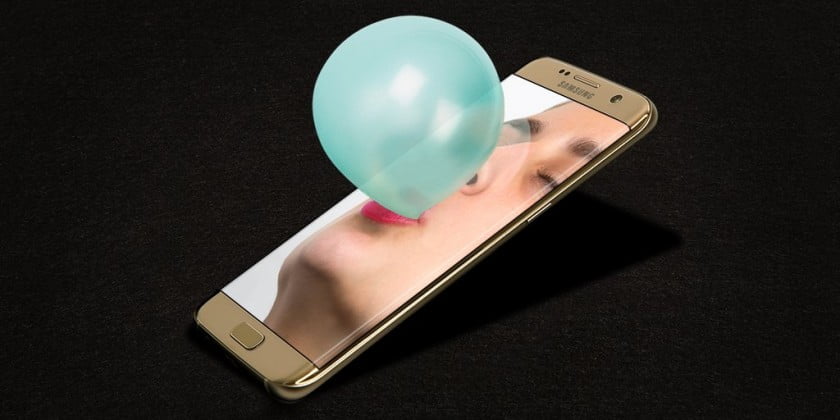 The 12MP camera may give iPhone 6S something to worry. The camera equipped with optical image stabilization technique outstrips the iPhone when it comes to shooting pictures in areas having dark indoors. Even in the poorly-lit surrounding, the photograph emerges as visible and crystal clear. HDR brings out best details amid the shadow even if you’re taking a picture from an odd angle.

The panorama feature stitches the focused objects perfectly producing an amazing resolution, although it doesn’t seem like the Samsung Galaxy S7 has enabled HDR specs for panoramas. 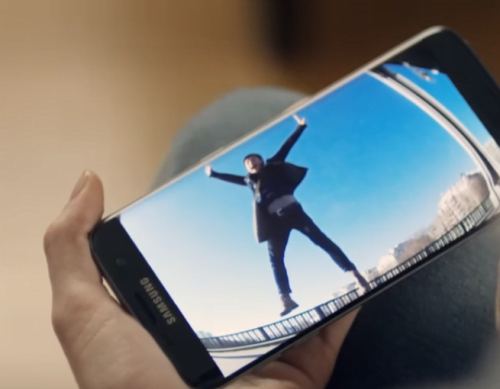 The device takes excellent 360-degree shots in the daylight with solid panorama, although, the image distortion ratio is higher in S7 as compared to panoramas in 6S. Action shots are brilliant due to optical image stabilisation, which is built-in.

Videos are sharp and clear, but in the standard and slow-motion video, you’ll experience a warmer colour palette as compared to 6S.

The front-facing camera is although, not as impressive as the rear one.

There are numerous controls in order to enlarge eyes, display smooth skin, and slim down your face. The default camera settings of the device make your face appear as a plastic version, which can be highly annoying for a few people. Final shots are quite smooth and lack details. Selfies from iPhone are comparatively better.

The over-saturation of colours still remains Samsung’s favourite habit. But, it is way better than its predecessor.

The new #GalaxyS7’s low-light camera will change the way you steal the spotlight. #TheNextGalaxy pic.twitter.com/0W0KyWX432

These two devices from the flagship are simply a work of perfection, an evolution, we might add. The Galaxy S7 is the absolute beast, which has enough abilities to beat the Apple’s crown prince, iPhone 6S. It is worth more than simply trying, in fact, if you’re looking forward to a new purchase and this device fits your budget, do not hesitate! Just go for it.

Fit for: Smartphone aficionados looking out for a device fit enough to nearly beat the DSLR camera, and well, who are willing to spend.