Upcoming Phones 2023: The Ones to Watch Out for

An exclusive sneak peek through the most awaited and rumored phones of 2023.

You must be looking for the Upcoming Phones 2023. It’s quite obvious. In recent times, the frantic search for ‘Upcoming Smartphones 2023’, ‘2023 Upcoming Phones’ and ‘Upcoming Mobiles 2023’ has surged by leaps and bounds. From the mobile freaks to the tech savvy people in general, people across the world can’t resist themselves from knowing every possible detail about the most awaited phones of the year.

The year 2022, was indeed a milestone for smartphones, in recent years. We have had the chance to witness the arrival of some of the most exciting phones to come out in a long time. Firstly, market leader in the flagship segment, Apple came up with its astonishing iPhone 14 lineup.

Whereas, in the mid-range segment too, the Cupertino-based tech-giant managed to make significant progress as we went to see the launch of the new iPhone SE (2022). For the uninitiated, it happens to be the revamped version of Apple’s once smash-hit budget phone SE. Though, it didn’t rise up to the sky-high expectations and failed to generate even anywhere near the targeted sales figures, setting all anticipations wrong, is a different story altogether.

On the other hand, Samsung ran riot through the Android flagship market with its much fancied, gorgeously designed Galaxy S22 Ultra. Even OnePlus, which set the smartwatch industry ablaze with the OnePlus Nord Watch, came up with its latest high-end Android smartphone, the OnePlus 10 Pro, which did a great job for the company, as there weren’t any dearth of takers, all across the world.

In a nutshell, the year was simply like nothing and it also marked the dream debut of Nothing Smartphones. The Carl Pei-owned venture turned out to be a surprise package. Now let’s focus on the Upcoming Phones 2023 and see what’s in store.

When we shift our attention to 2023, we feel that the year is going to be an absolute roller coaster ride in terms of the progress in the smartphone world. From Samsung and Apple, to Google and OnePlus – the list of power players slated to go all guns blazing, is quite long and looks lucrative enough. No one is leaving any stone unturned in their bid to outperform others, as they all are vying for the top spot.

However, Apple seems to be miles ahead than all of its competitors. When we have a close look at the Android smartphone segment, Samsung comes out as the undisputed leader. It’s followed by Google, whose Pixel phones just got surprisingly better thanks to the recent December 2022 Pixel Feature Drop update, OnePlus and several other tricky players like Vivo, Oppo, Huawei, Motorola, Nokia and Xiaomi.

Samsung introduced its range of flip phones to roll out a surprise element. Vivo is also trying to bridge the gap and its flagship Android Vivo V25 Pro grabbed the eyeballs courtesy of a stunning camera setup. 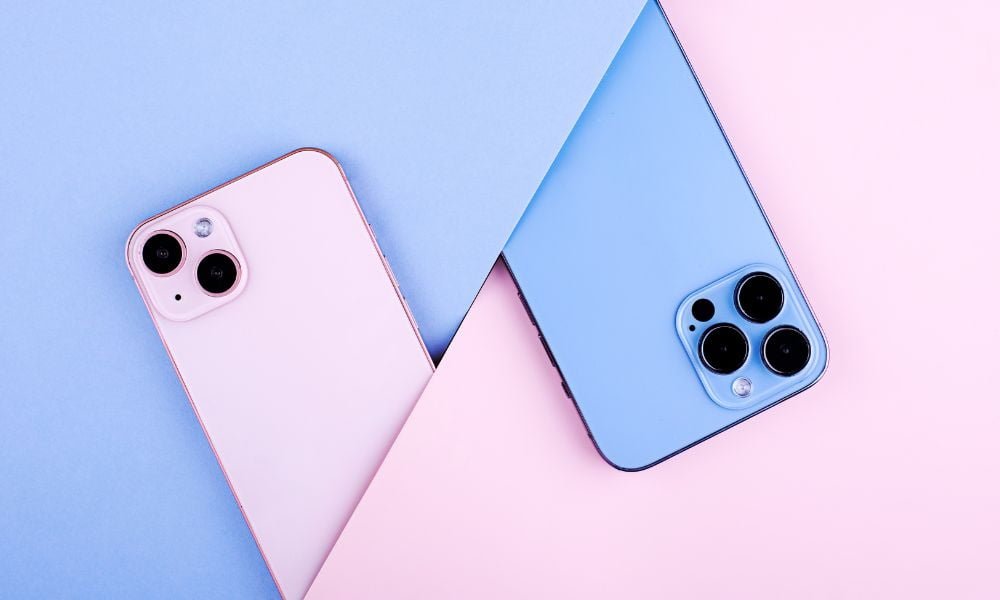 We would be eager to watch how the iPhone 15 packs its camera system, which is rumored to be the most enhanced Apple camera ever. Apart from the camera, we could see a couple of new features in the much awaited iPhone 15 lineup. [Image Credit: Freepik]

Interestingly, Huawei appeared like a tricky customer as its Huawei Enjoy 50z is already having a blast in China and all set to hit the stores globally, very soon. We certainly need to keep a close watch on how it fares, when it comes out from its home turf and is made available for customers sitting in every nook and corner of the world.

Even Oppo, Motorola and Nokia churned out some brilliant options for the Android segment, across price-ranges – high-end, mid-range and economic or entry-level. And for your information, all of them are working tirelessly to spring up a surprise or two in 2023 too.

But which are the most significant ones that are likely to announce their entry to the global smartphone market in a thumping manner? Apple, Samsung, Google and OnePlus lead the charge. Let’s dive into the air of freshness that comes from the exciting times infused with the next-gen tech innovations in the form of Upcoming Smartphones 2023 crafted by them. Here we go!

Apple has stopped advertisements that only highlight the features of its devices, long back. Now it mostly talks about the value additions that its smart devices bring to the table. It’s even more important in the case of its top-notch smartphones.

We were simply bowled to figure out that the iPhone can now save lives! Come, iPhone 14, Apple ensured that its signature product no longer remains a mere flagship smartphone. Rather, it’s much more than that. With the inclusion of gems of features like Emergency SOS via Satellite or Car Crash Detection, the iPhone has gone to the next level, a galaxy of its own.

When it comes to cameras, the iPhone is simply unparalleled. Hence, we would be eager to watch how the iPhone 15 packs its camera system, which is rumored to be the most enhanced Apple camera ever. Apart from the camera, we could see a couple of new features in the much awaited iPhone 15 lineup. The iPhone Battery Health, which has been a concern for Apple users in recent times, might also experience some serious reinforcement to transform into an enhanced version.

Samsung rocked the year 2022, with its burning hot high-end Android flagship, S22 Ultra and this year it could break all the sales records with its new Galaxy S23 Ultra. The latter happens to be the immediate successor to the former and is indeed one of the frontrunners among the Upcoming Phones 2023.

What is expected to set it class apart from others, is its camera setup, which has reportedly managed to outsmart the performance delivered by S22 Ultra and even the Google Pixel 7 Pro, which is still considered to be the best Android camera phone by many. Moreover, we could see an advanced version of the S Pen as well.

One thing is for sure, we are going to see a revolution in the form of Android camera transformation, as the Samsung Galaxy S23 is going to give all the Android phones a hard time. Going by the anticipation, rumors, reports and leaks, we might not be surprised if it manages to give even the iPhones a serious run for money.

Google is constantly trying to develop its flagship Pixel series, to pose a serious challenge to Samsung, OnePlus and even Apple. In 2023, we could see Google Pixel 7a and Google Pixel 8 Pro.

The latest Pixel Feature Drop, which took place in December, 2022, has added some serious firepower to the high-end Android series. We need to wait for a while to see how the 2023 Pixel lineup manages to lock horns with its archrivals, Galaxy S22, S23 and even the iPhone.

OnePlus had a scintillating year in 2022. Both OnePlus 10 Pro and OnePlus 10T did wonders for it. The company managed to hit sales records due to awestrinking performances from these two Android flagship handsets.

OnePlus might turn out to be the dark house in the high-end Android smartphone segment, as it could surprise everyone with its upcoming OnePlus 11. This next-gen Android flagship from the Shenzhen-headquartered company, could become the first smartphone to come with the luminous presence of the brand new Snapdragon 8 Gen 2 chip, which is a tech revolution itself.

All thanks to this beast of a chip, you won’t need to worry a bit about having a monstrous performance. We could also witness UFS 4.0 storage and OxygenOS 13 in the OnePlus 11.

Taking everything into consideration, it becomes crystal clear that the year 2023 is going to be full of power-packed entertainment courtesy of the clash of the titans in the smartphone world. We at Technowize, will be maintaining a close tab as always and keep you posted with exclusive updates.

What is the next flagship from Samsung?

Samsung is slated to release its next-gen Android flagship, Galaxy S23 Ultra in 2023.

Yes. In all likelihood, we are going to see iPhone 15 later this year.