All about the upcoming Sony Xperia XZ1

Sony Xperia XZ1 is expected to make a grand debut on August 31 at IFA 2017 in Berlin. With just a few days ahead of launch, tipster Roland Quandt has posted images of the upcoming smartphone on Twitter. This is the same person who leaked the Sony Xperia XZ1 images a few days ago.

Unlike most flagship smartphones, Xperia XZ1 doesn’t sport dual cameras or a bezel-less display. Quandt posted four images of Sony’s upcoming device along with a caption that reads, “Sony Xperia XZ1.” Going by the pictures, the power button on right will function as a fingerprint scanner. Volume keys along with a camera shutter button will be on the right side of the device.

The SIM tray will appear on the left side of the phone. You can also see a 3.5 mm audio jack and a noise-canceling microphone on the top left corner. 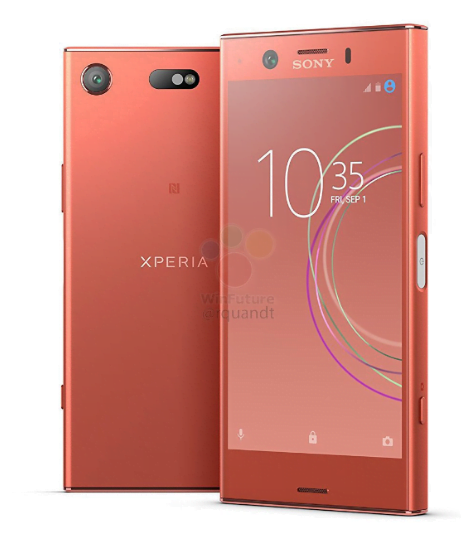 Sony Xperia XZ1 will be a 5.2-inch Full HD display device with a resolution of 1920 x 1080 pixels. It will be powered by an Octa-core Snapdragon 835 processor along with 4GB RAM and 64B internal storage. The rear camera will be 19MP and could support slow motion videos at 920 fps as well as 4K videos. The front camera is said to be 13MP.

Sony is expected to launch two other smartphones alongside the Xperia XZ1 – Xperia XZ1 Compact and Xperia X1. Sony Xperia XZ1 Compact will feature a 4.6-inch HD display with a resolution of 720 x 1280 pixels. It will be powered by an Octa-core Snapdragon 835 processor with 4GB RAM along with 32GB internal storage. Both the smartphones will run on Android 8.0 Oreo.

Xperia XZ1 will be available in Black, Silver and Blue. It is said to be one of the few high-end devices from Sony launching this year. What’s peculiar is that we’ve been hearing surmises, rumors and revelations about other upcoming smartphones, such as Galaxy Note 8, Moto X4, LG V30 and the Pixel 2 for quite some time now. On the other hand, the Xperia XZ21 series has been gone unnoticed for so long.