US Military To Deploy Cyborg Soldiers by 2050

Enhanced cyborg soldiers could control complex weapon systems and communicate telepathically with their colleagues and bots, and have access to the large database instantly if so desired. 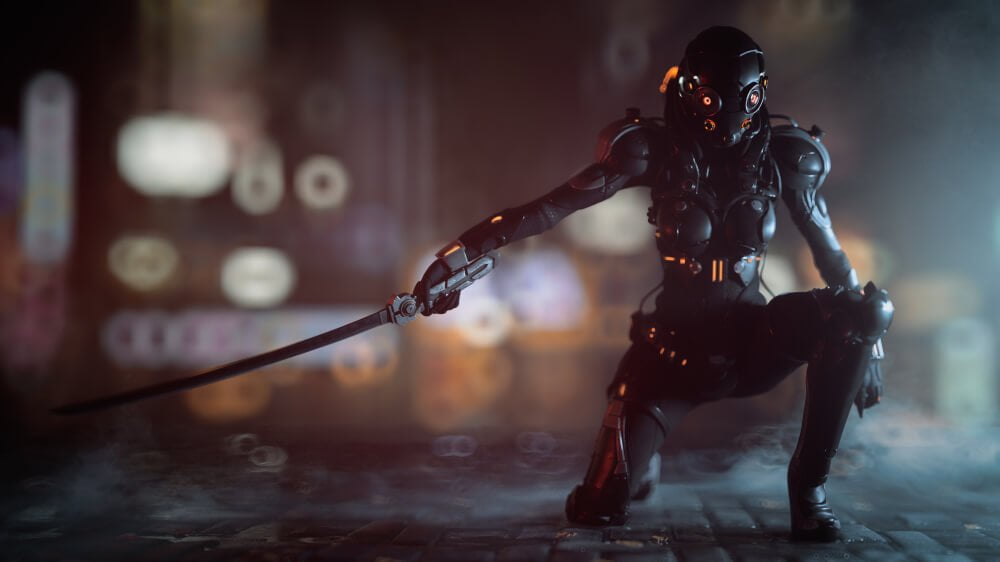 A study released recently by the U.S. Army’s Combat Capabilities Development Command states that the machines integrated with the human brain can enhance the cognitive and physical performance of the body and will be “technically feasible by 2050 or earlier.” These cyborg soldiers would rule the battlefield in thirty years.

In effect, it means that the U.S. military is considering making cyborg warriors who will be mechanized soldiers. It will be a meeting of machines with brains.

The report — “Cyborg Soldier 2050: Human/Machine Fusion and the Implications for the Future of the DOD” — is the result of a year-long assessment undertaken by researchers from the DoD Biotechnologies for Health and Human Performance Council.

Apparently, the research has been driven by the agency’s efforts to improve healthcare technology by developing chips that when implanted in the brain can receive electrical signals from and send them to neural tissues. The aim of the chips is to help paralyzed and disabled soldiers to help control artificial and paralyzed limbs.

But what is raising concerns and visions of a dystopian future well detected in sci-fi movies is the future ambitions of the Pentagon to use the same chips-controlled neuron pathways of the brain tech on healthy soldiers.

From improving health, the mission has seemingly moved on to physical and cognitive enhancement of the normal human soldiers.

The researchers on their part want to use the healthcare aspect of it to make people more receptive to its vast potential in improving physical functions and help overcome the ethical, legal and social challenges, posed by the US military’s intended use of it in making bionic soldiers.

Enhanced cyborg soldiers could control complex weapon systems and communicate telepathically with their colleagues and bots, and have access to the large database instantly if so desired. (Image: Shutterstock)

US Military To Deploy Cyborg Soldiers

The researchers have identified four main uses of this technology for the military.

They claim that four capabilities including ocular, muscular, auditory and neural can be technically upgraded by this cyborg tech in another 30 years, reports ArmyTimes. These include:

It is the neural enhancement of the brain that has the military excited. The whole idea is to have such enhanced cyborg soldiers control complex weapon systems and communicate telepathically with their colleagues and bots, and have access to large database instantly if so desired. In short, the chips will augment all human functionalities for the cyborg soldiers to operate almost like robots at their maximum deadly capacity.

“These interactions would allow warfighters direct communication with unmanned and autonomous systems, as well as with other humans, to optimize command and control systems and operations,” reads the report explaining the advantages.

Should we be worried about cyborg warriors?

The report has cautioned the Pentagon to take into account the fallout of the use of such technology and use a cautious approach. The report states that the introduction of augmented human beings into the army and consequently into the general population in the future may lead to an imbalance in the social, political and economic fabric of the world.

Cyborg soldiers have the potential to enhance another arms race where the perceived capabilities of the enemy (yet unproven) will drive it further. International protocols have to be established by peacekeeping bodies for any such future developments.

Also, the government should prepare for the impact of such a technology on the civic bodies, their functions, and the rights of the individuals.

Thorough impact studies should be done in simulated war-like situations to gauge its perceived advantages.

Also, the Pentagon should make an effort to concentrate on nation benefits policy rather than how the government will benefit from the futuristic augmented military personnel.

Scientists and experts have also pointed out that the shelf life of such chips is limited to a few months or years. Additionally, the human brain has not been fully understood and how it encodes complex information. In some instances, where brain implants have been done for medical purposes the results have been disappointing, limited and in some cases have even led to infections.

The medical and military research fraternities need to do a lot more research to know how our brain functions before adding a foreign body into the equation to complicate matters.

The dystopia narrative of the use of bionic robots and humans has to be changed. The military has to emphasize its use in improving health care and quality of life by using robotic techniques to improve cognitive function in impaired and immobile people.

Meet the Cyborg Soldiers of Tomorrow