The new Valve Steam Deck has set a new high by topping the Weekly Steam Chart for the 15th consecutive week. Taking numerous factors into consideration, this is no mean feat, rather an extraordinary one.

The Wonder That Is Steam Deck

There’s absolutely nothing like it! Valve Steam Deck is the first of its kind in history which has unfurled a whole-new world of real PC gaming experience in a handheld, portable, lightweight gaming device. Even six months after its release, gamers are on cloud nine thanks to the stuff that gaming dreams are made of. 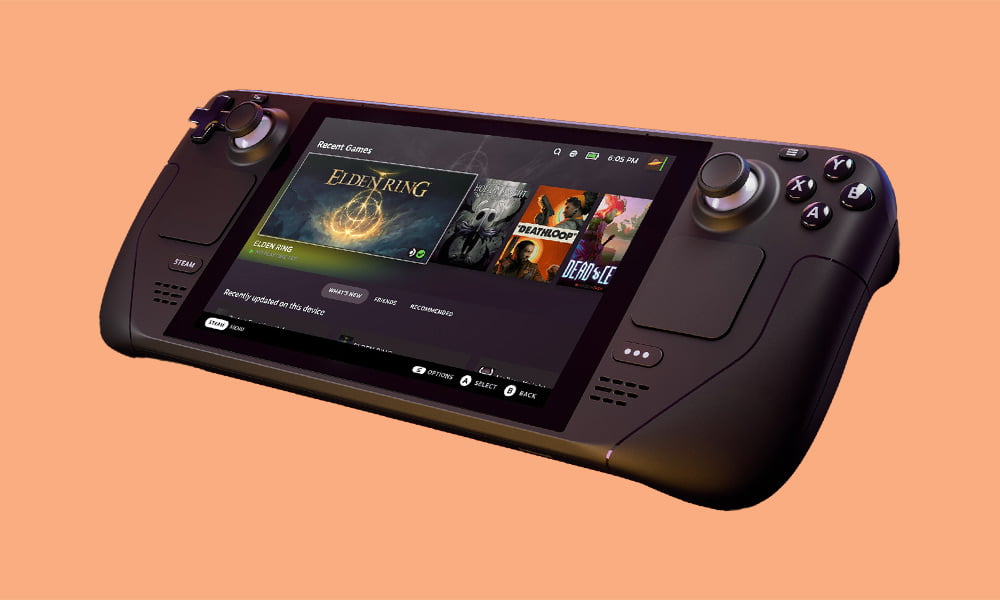 Valve Steam Deck sets a new record by managing to be at the top of the Weekly Steam Chart for the 15th straight week. [Image Credit: Steam]

Though there are a wide range of games which are rocking on the new Valve Steam Deck platform, a few of them surely stand out on a different pedestal altogether for some obvious reasons. Notably, Elden Ring, which has already registered a new sales record, God of War, The Witcher 3: Wild Hunt, and Hades. Of late, the cult-classic open-world RPG Mafia has also released its Steam edition to celebrate its 20th anniversary and it boasts enough ammo to give others a run for their money.

Nintendo Switch came into being five years ago and come 2022, it enjoys the lion’s share of the handheld-gaming-device’s market, globally. The new Valve Steam Deck not only edges past Nintendo Switch in terms of buttons, but also in terms of compatibility with old and new games. Moreover, Steam allows you experience Epic games launcher unlike Switch. However, Switch seems to be a better choice when it comes to multiplayer gaming.

The all-new handheld gaming device, which has been running riot across the global gaming community for the last six months, saw its official release earlier this year, on February 25, 2022.

There are three different variants of the new Valve Steam Deck up for grabs at present and their prices differ too depending upon the storage size. The 64 GB version, which is the base model, costs you $399. Whereas the 256 GB and the 512 GB versions, which are the mid-level and high-end models, triggers a pocket-pinch of $529 and $649 respectively.

Valve Corporation has struck a new deal with Komodo and now the much-sought-after Valve Steam Deck is available in South Asia too for reservations. The new list of exclusive regions include Japan, South Korea, Taiwan, and Hong Kong. Apart from these newly-added countries, it’s now shipping to the United States, Canada, the European Union, and the United Kingdom.

Although Valve Steam Deck comes with Linux as the in-built OS, you can easily install windows on Steam Deck by following a few simple steps. By successfully accomplishing this task you can actually transform your Steam Deck into a replacement of your laptop.

It has been recently reported that the Steam Mobile app, meant to ease your overall Valve Steam Deck experience, is going through a major upgrade. This certainly comes as a huge sigh of relief for gamers as they were voicing their concerns over certain glitches in the past few weeks. Valve has claimed that the upcoming update will resolve a host of issues to make the entire gaming experience completely hassle-free.

How to Install Windows on Steam Deck?