Virgin Galactic touched the sky once again with the second SpaceshipTwo vehicle called VSS Unity. CEO Richard Branson called it as a landmark triumph for the world’s first commercial spaceline.

VMS Eve elevated Unity to a height of 46,500 ft over the Sierra Nevada Mountains and then released it. Unity’s rocket motor activated afterwards thrusting it to a supersonic speed of Mach 1.87 during the 30 seconds of rocket burn. The rocket shut down at a peak altitude of 84,271 ft and pilots prepared Unity for landing.

The aircraft landed safely on Mojave base after a flight of around four hours. Now the spaceline will analyze the huge data collected on flight, motor and vehicle performance during the rocket-powered test. It is an essential achievement for expanding the scope in open space. 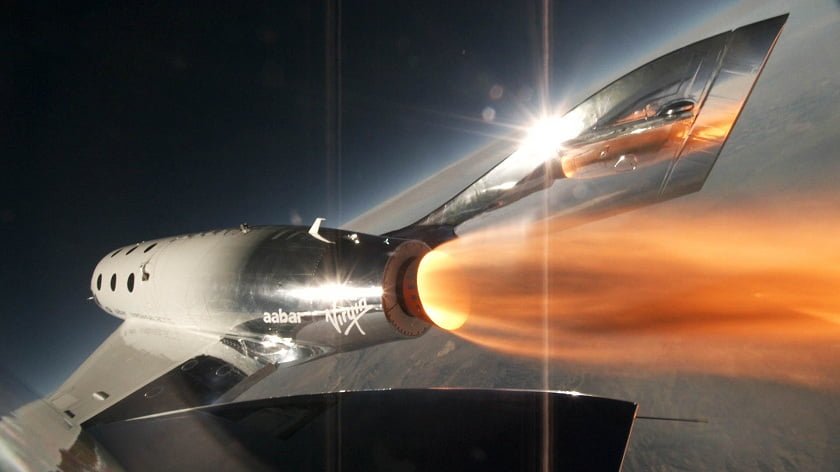 VSS Unity completed SpaceshipTwo’s overall fifth rocket-powered test flight. However, it is the first power flight in three and a half years. Back in October 2014, VSS Enterprise, SS2 first vehicle suffered a fatal crash during the rocket-powered test, leading to the demise of one of the pilots, Michael Alsbury.

SpaceshipTwo structure constitutes of 100 percent carbon composites. Carbon makes the spacecraft a quarter of the weight of steel for the equivalent strength. Built on the same principle, WK2 it is the largest carbon composite carrier craft in service. The SpaceshipTwo vehicles are fully reusable (except for SS2’s rocket motor).

The rocket motor is based on a hybrid propulsion composition of benign fuel and oxidizer. It can be manually controlled, that is it can be shut down at any time during pinnacle phase of flight.

Virgin Galactic mission is to create a human spaceflight system wherein passengers can experience the lightness in the space, view the blue planet’s curvature line and safely return to the homes. SpaceShipTwo is the world’s first passenger-carrying spaceship built by Virgin Group and entered commercial service with VSS Unity. Post the Enterprise’s tragic crash, Galactic made VSS Unity run seven unpowered glide tests successfully, the recent one in January this year.

SpaceShipTwo vehicles are designed to accommodate 6 passengers along with 2 pilots. Each ticket currently sells for $250,000. According to Virgin Galactic’s representative, more than 600 people have already deposited amount for a seat.

Moreover, the Public Investment Fund (PIF) of Saudi Arabia has signed a Memorandum of Understanding (MoU) in collaboration with Virgin Group (Virgin). The PIF has shown an interest to invest approximately $1 billion into Virgin Galactic, The Spaceship Company and Virgin Orbit, with a choice for $480 million of future additional investment in space services.