Three years ago, when Facebook acquired Oculus for $2 billion, the obvious question was – what does Mark Zuckerberg see in Oculus Rift? Fast forward two years at the F8 Developer Conference 2017, where CEO Mark Zuckerberg has announced the launch of Facebook Spaces in beta for Oculus and Touch. Before you ask, Facebook Spaces is the company’s first social VR app.

Facebook Spaces promises to make virtual reality more exciting, personal and relatable than ever before. Anyone with an Oculus Rift and Touch controllers can jump the VR wagon with up to three other people. You can watch videos, take photos, and engage in exciting VR activities together.

Back in October, Facebook Social VR Product Manager Mike Booth said the company plans to launch their social VR app very soon. More recently, Facebook has shown further development than simply creating avatars in social VR. Using Facebook Spaces, one can even make video calls from within the virtual world to the outside world. 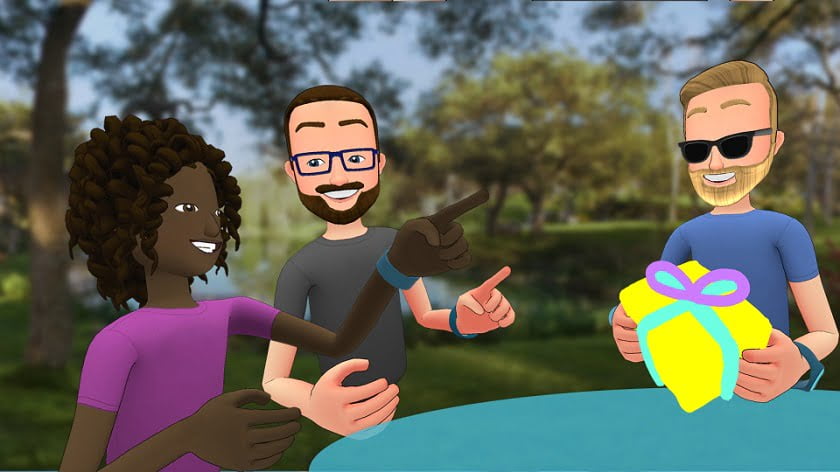 While VR has made tremendous strides over the past couple of years, it has also failed in inviting interaction from users who’re reluctant to shell out a couple thousand bucks to experience VR. Notably, the only way one can have fun in VR is with other people around via multiplayer experience. For the past few years, quite a lot of social VR apps have been popping up to address this issue. However, they all work on the same avenue: either you convince your friends to buy a VR headset and log in at the same time, or you hang out with strangers.

Using Facebook Spaces, up to four friends logged-in to their Facebook accounts can join a VR space and chat, watch 360 videos, make video calls on Messenger, draw 3D objects, and take VR selfies in various avatars. It’s pretty much basic – fun, quirky and light-hearted stuff – at this point, there isn’t much to do in Spaces.

At the demo, Mark Zuckerberg was in VR, hanging out in a 360 video of his house, then he took to Messenger to video call his wife, Priscilla. While she wasn’t in VR, instead he saw her face on a popup screen in VR, and she saw his VR avatar on her phone.

We wonder how this incredibly forward-thinking app will take us – to the International Space Station, a Habitat on Mars, the Ocean.