In the past few months, the VR headset trend has spread so rapidly that everyone wants to get their hands on this gadget. The entire experience virtual reality offers is quite appealing and transforms one to a different dimension altogether. The demand for such VR headsets is at an all-time high due to which a number of companies are venturing in the same. A tech giant decided to go a step further and came up with a VR device that is not made for entertainment but to enhance the technological processes professionals encounter on a day-to-day basis. The HP Z VR backpack is not just for your gaming needs but for making things easier on the work field.

Up until now, VR devices majorly focused on providing a life-like experience to gamers. The same is the case with VR backpacks as well. Around two months back, HP gave in to this trend assumed to be strictly for gamers and introduced a VR backpack solely for their amusement. It seems that within a few weeks’ time, the tech giant realized that this technology can be put to use for something productive as well. And hence it came up with the HP Z VR backpack which acts more like a workstation PC. 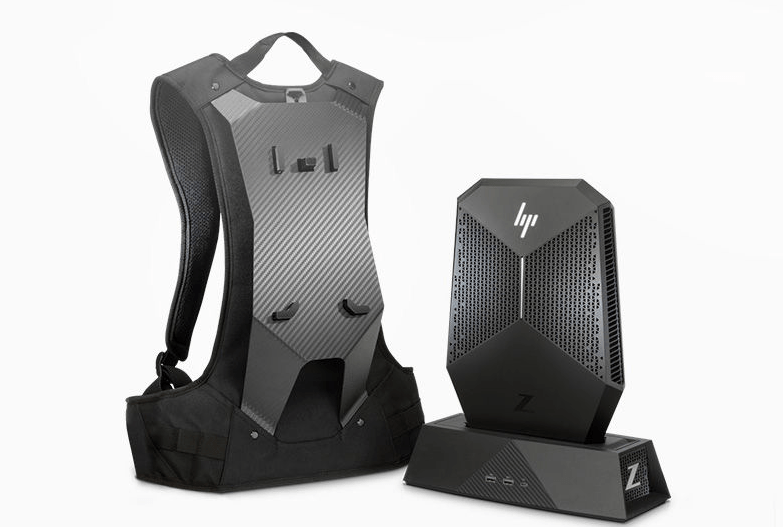 HP is specifically marketing its latest VR backpack as a workstation PC.

If not gaming, then what does this VR backpack do?

HP is specifically marketing its latest VR backpack as a workstation PC. This is to spread the message that it can be used for productive purposes instead of mere entertainment. A major plus point of this innovation is that its use isn’t restricted to particular functions. One can use it in all kinds of businesses as long as its software is compatible with the technology. Once that happens, you are good to go. The most appealing factor of this VR device is not the entertainment quality. It is the high-end performance it provides to the user.

As this VR backpack promises to offer efficient features, it is way ahead than the gaming one. Along with Intel’s Core i7 processor, it also has a Nvidia Quadro P5200 GPU. This system offers twice the frame buffer than that which the gaming backpack offers. This upgraded backpack can also be configurable up to 32GB of RAM. In terms of design, this backpack resembles the gaming one. The only difference is that as it’s for the workplace, it has ditched the red lines of the gaming backpack. In September, people can get to an HP VR immersion center and experience this technology themselves. Well, we can say that this device surely knows how to use technology for the right purpose!