Want To Get Paid for Gaming? | Earn Money for Gaming

Most gamers earn six, seven, and even eight figures just by playing games for a living.

Gaming is a fun past-time; everybody loves gaming! However, this fun activity can also be turned into a full-time income source, as video games can one more than a traditional job. People earn six, seven, and even eight figures just by playing games or including in gaming-related activities for a living. Following are some of the ways gamers earn money:

How To Make Money Gaming?

This is one of the most lucrative forms of making money through gaming. Not only the person is the first one to know about the new game that will be released, but the person also gets to play it. Game developers pay game testers to try out their games in a real player environment. The gamers are assigned to spot bugs and make suggestions about improving the game before it is launched. 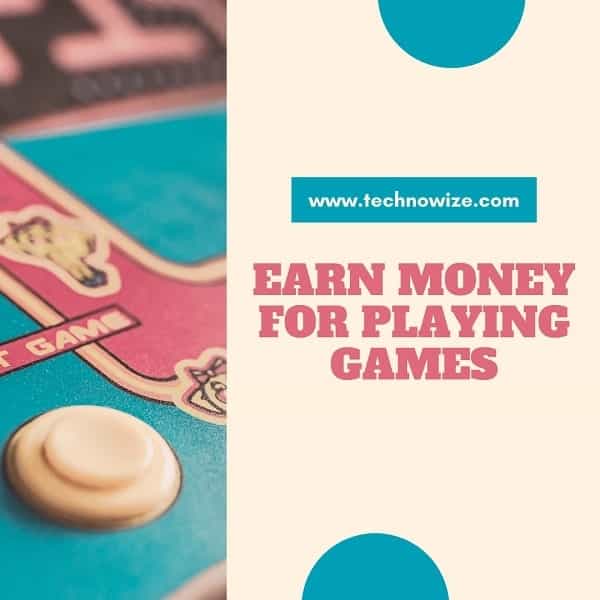 Learn how to take up professional gaming to earn money online.

However, it should be noted that just because the gamer is getting paid to play video games doesn’t mean the work is an easy task and an average gaming session. It is still a lot of hard work. Game testers need to do matrix testing and test every nook of the game to look for any glitch and bug. They also have to take notes about the game and send a detailed report of it. A game tester job is best for a person who is analytical and methodical.

Another way to earn money from gaming is by starting a YouTube channel (or a blog or podcast). YouTube is one of the leading video streaming platforms across the world. One of the prominent gaming YouTubers is PewDiePie, who stood as the sixth highest-paid YouTuber in 2017, earning a whopping $12 million. The gamer started with essential video game commentary.

Some useful tips to gain followers on gaming YouTube channel are:

Use entertaining commentary and add effects to the videos to make them more exciting and engaging.

Teach people how to play a game with guides, tutorials, and commentary explaining why individual decisions in a game are made.

The majority of money from gaming comes from ads and sponsorships on YouTube. To get ads on the gaming Youtube channel, a person should have the following:

Once these requirements are met, the user can apply. If the user is approved, they can start displaying ads on the videos and make money!

Twitch is a video streaming platform where viewers can watch others play their favorite games. One of the famous Twitch streamer Ninja earned $10 million in 2018 from ads, sponsorships, and Twitch subscribers. An average Twitch streamer can draw closer to $10,000 to $40,000 per year.

To start making money on Twitch, the user should become a Twitch Partner. They should have:

Though this is not a consistent way of earning money, winning game tournaments for competitive games can surely bring in some cash. A popular e-sports competitive, Timothy Miller (aka “Bizzle”), earns around $322k each year just by participating in Fortnite tournaments.

The right way of earning money through gaming is to become a game developer. Game developers, across significant companies, receive an average pay of $83,000. However, the game developer jobs in leading companies are stressful, and the shifts go for long hours. One can also become a solo game developer and make money through game sales and in-game purchases. For example, Minecraft was developed by Markus Persson alone under his parent company Mojang, and later Mojang was sold to Microsoft for a whopping $2.5 billion.

This is another efficient way of earning money- through gaming journalism. Most video game journalists earn around $26,000 each year. If a person is an ardent lover of gamin and also loves writing and reporting, this is an excellent opportunity!

This is a good way of making money through gaming- coaching on favorite competitive games. Video game coaches earn much as $20 to $200 every hour, depending on their efficiency and how in-demand the services of the coach are.