Warhammer 40k: Chaos Gate-Daemonhunters is a lesson in never giving up.

Warhammer 40k: Chaos Gate-Daemonhunters is set against a gothic background where a group of knights set out to save the galaxy from the Bloom, a devastating plague. As they battle chaos and impending doom, the squad of Grey Knights must thwart corrupt officials and vicious Nurgle forces.

Warhammer 40k: Chaos Gate-Daemonhunters was developed by Complex Games, published by Frontier Foundry and released on May 5, 2022. 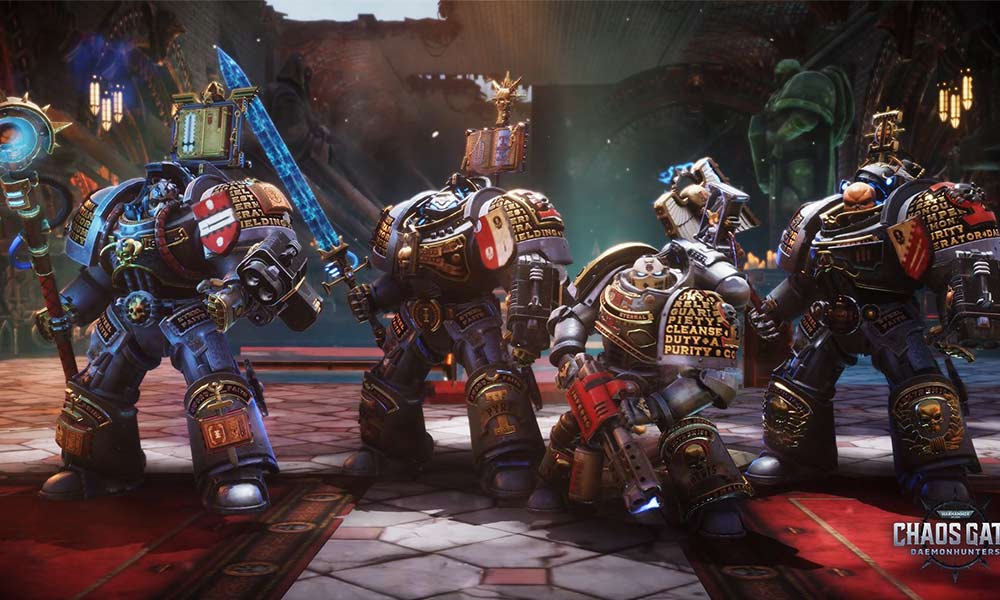 In this Warhammer 40k: Chaos Gate-Daemonhunters review, we will explain what works and what doesn’t in making this tactical game the right kind of chaotic.

The giant warriors, called Grey Knights, carry their gene seed within them and try to save the world from chaos. In Warhammer 40k: Chaos Gate-Daemonhunters critical hits are important to extract the all-important seeds that will help you figure out the Bloom’s origins. The multipurpose seeds also help you disable and stun enemies, earning your knights some valuable points.

The game is detailed without being overwhelming  and has a clean presentation in comparison to other titles of Warhammer. It is a thoroughly invigorating and challenging strategy game.

It is very evident, right at the start, that war is everywhere.

The Bloom continues to decimate nearby planets while an Inquisitor named Vakir takes charge, commandeering your ship and attempts to steer you into safer territory in Warhammer 40k: Chaos Gate-Daemonhunters. The Chaos plague Bloom is relentless and does not spare anything in its path. As you navigate the murky universe, ravaged by Bloom’s cursed touch, you encounter ever-multiplying mutated enemies.

The Grey Knight Space Marines continue to march onward despite the unrelenting onslaught of enemies. While you prepare to take the next step, after defeating one of the many enemies, another one surfaces, bigger and meaner than the previous one.

One of the best tactical games, Warhammer 40k: Chaos Gate-Daemonhunters does not allow you to let your guard down. In most games, it is a common feature to use your firepower to mow down the opponents, but here the game presents clever opportunities for strategic use of ammunition. For example, you can topple a statue to destroy some cultists or blow up a bridge to stop the advance of ruthless mutants. The Chaos Gate-Daemonhunters gameplay consists of thwarting Bloom’s advance using different techniques.

Bloom also increases per turn during missions (read: no escape) which helps spawn reinforcements for enemies, making them that much harder to destroy. Although plagues and impending doom is a running theme in most games, here, Bloom feels uncontrollable and unpredictable. This feature keeps you alert as you try to find and exploit any and every weakness in your enemy’s armor.

In the long run, you are destined to spend a lot of time both within and outside your ship, the Baleful Edict. You use the ship to patrol the hidden corners of the Universe and to purge the Bloom from existence. The Baleful Edict functions as the headquarters and central hub for the Grey Knights. The ship is extremely detailed and filled with a friendly crew who take the time to chat with you. At times, you need to pay attention to the ship more than the mission, as urgent repairs crop up unexpectedly. 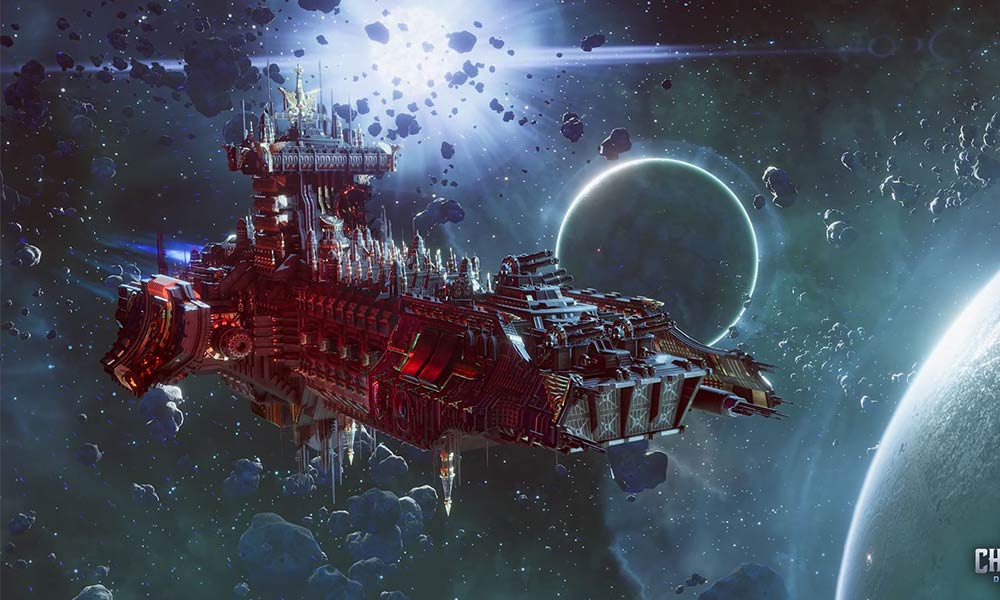 The ornate ornate Baleful Edict is the central hub of the Grey Knights.

Missions are spread throughout the Universe and while you attempt to save one planet, another might just get destroyed. The game pushes you to use your resources wisely as the more you let one planet fester, the harder it gets to save them. The Grey Knights are lifesavers who are able to get back up quick. If they fall in battle, they recover in another three turns with half their original HP intact, and are capable of doing it sooner in case you have an apothecary handy.

As you move forward in your missions, you must balance your knights’ Willpower points to qualify to use special abilities or if you need to charge up for certain attacks.

Warhammer 40,000: Chaos Gate-Daemonhunters Steam version is available on the Epic Games Store. All in all, it is one of the best real time tactics games, as you must strategize, deploy, and fight seemingly impossible missions. The trick is to persevere even when all seems lost. To sum up this Warhammer 40k: Chaos Gate-Daemonhunters review, the game teaches you to embrace chaos and to revel in it.