The first thought that arrives at your mind when you hear the term “Galaxy S7” is, WOW. It’s one of the Samsung’s most powerful devices. Not only did the smartphone drove phenomenal sales for the South Korean conglomerate, but also pushed the iPhone away from the position of the most popular handset in the world. 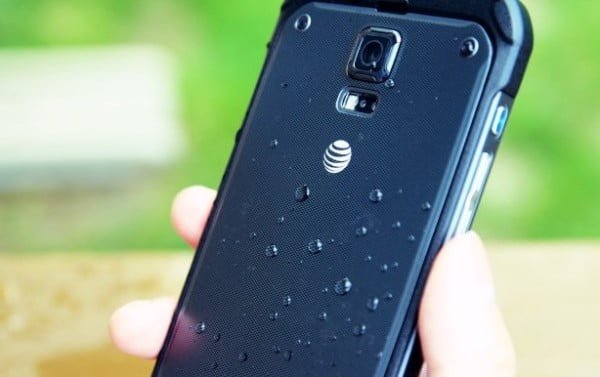 Samsung was facing major crisis since the launch of Galaxy S6 and Galaxy S6 Edge. Both the models were a huge disappointment for both, the company as well as the consumers. Samsung’s sale started flunking following the release. The entire 2015 spelled doom on Samsung’s mobile division, as a result very slow quarters were reported by the company.

But, even in the process of bad sales, Samsung was gearing up for its masterpiece – Galaxy S7 and Galaxy S7 Edge. The launch of these two models in 2016 brought the company back in the game. These devices from Samsung brought the company back in the game. Both the high-end smartphones were built with sheer perfection, no wonder why it drove so much income and profit this quarter.

Everything remained fine until the brand new Galaxy S7 Active was offered by AT&T exclusively. The handset was advertised as a tough, water-resistant, and rugged smartphone. The water resistant Galaxy S7 feature was betting high on saving a lot of money of individuals. Usually, the cost of repair for a water-damaged smartphone, especially if it’s pricier one like high-range Samsung series and iPhone series, is too much.

Not To Pour Wine on Your Galaxy S7 Active

Recently, the smartphone was put through a test by a group of Consumer Reports for water-resistance, and reportedly, Galaxy S7 failed test.

The Galaxy S7 Active was specifically designed and marketed as a rugged device to suit the active lifestyle of individuals. Features like larger battery life and shatterproof screen were used to advertise it as a device for individuals who spend a major portion of their day outdoors, not commuting. The water resistant Galaxy S7 was simply introduced to make lives of individuals much easier. Samsung claimed the smartphone can manage to stay for 30 minutes in water of up to 5 feet. Rinse the residue and dry when wet, the disclaimer said. But, of course, Galaxy S7 Active failed to prove itself.

According to the tests conducted by Consumer Reports, the smartphone was placed in a tank full of water. The tank was pressurized to simulate the similar effect as if the phone was 5ft deep in the water. It was noticed that device immediately stopped working and the similar conclusion was followed by the second model leaving the phone damaged. When the phone was removed after half an hour, its display screen was non-responsive. It was marred with some green colored lines and bubbles had formed in two camera lenses.

As per the marketing claims, the smartphone arrives with an IP68 certification. It protects the device from splashes and spills. In case your phone falls into the kitchen sink while doing dishes, just take it out, wipe it off, and you’re good to go. Well, this is how we envisaged judging from the advertisements, but you’re better off than pulling such stunt if you do not wish your Galaxy S7 Active to breakdown.

Samsung failed to deliver its promise, but Apple, on the other hand, came out with flying colors some time ago. Zach Straley, a YouTuber tested iPhone 6S and 6S Plus to determine if they were water resistant. Surprisingly, the handsets survived the test with no advert effects. It was concluded that these two models were waterproof.

Let’s wait till Samsung comes out with a justified reason behind the false claim. Until then you’re strictly advised not to experiment S7 Active with a glass of wine if you want to save water damage charges.