The SpaceX test flight is a landmark mission that would resurrect NASA’s ability to launch its astronauts to the International Space Station. NASA flew its last space shuttle in July 2011. Post that, it has always been relying on Russia to get to and from the orbiting laboratory.

NASA picked astronauts Bob Behnken and Doug Hurley, each of whom has two space-shuttle missions under their belt, to pilot the SpaceX’s experimental test flight, called Demo-2. The NASA astronauts Bob Behnken and Doug Hurley recently conducted a dress rehearsal ahead of NASA’s SpaceX Demo-2 mission to the International Space Station. “We have this moment in time where we can unite people again,” Jim Bridenstine, NASA’s administrator, said during a press briefing before launch. “The whole world is going to be watching this.” 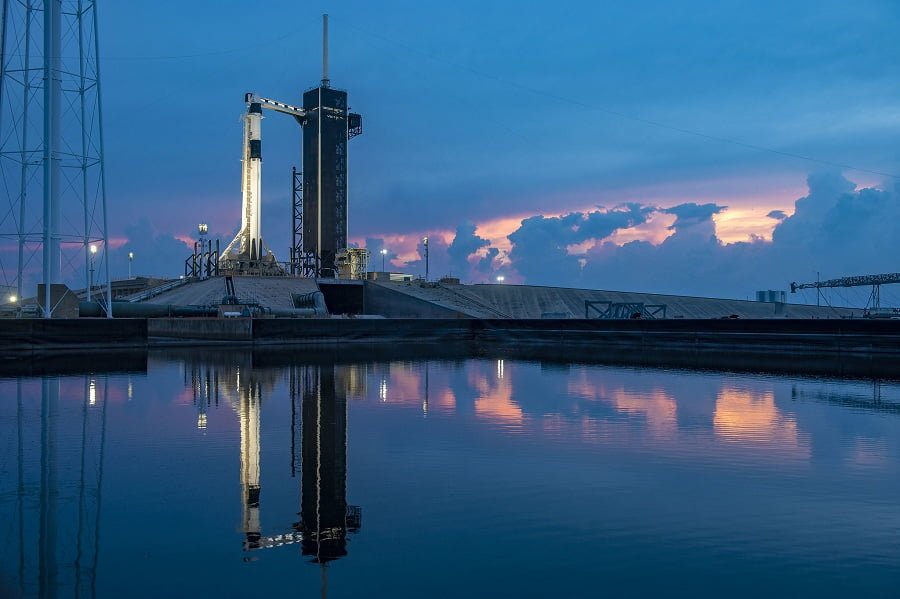 The Demo-2 test flight is launching from Launch Complex 39A at Kennedy Space Center in Cape Canaveral, Florida. However, storms in that area have a fair chance of delaying the launch, with the US Air Force’s 45th Space Wing giving a 60% chance of liftoff based on the local weather conditions and predictions.

The rocket and spaceship carrying Behnken and Hurley has just a second or so to lift off and get on the right path to meet the ISS. If there is a delay in the launch on Wednesday, SpaceX and NASA can try again at 3:22 pm ET on Saturday or 3 pm ET on Sunday.

NASA TV, the official live stream channel, will broadcast live coverage from the launchpad starting at noon Eastern Time on Wednesday. Once the Crew Dragon goes into orbit, NASA TV will show it docking to the space station, its hatch opening, and Behnken and Hurley will join the ISS crew. The agency’s official TV channel will also maintain a full and continuously updated schedule of its programming.

SpaceX will cover the launch live starting around 12:15 pm ET in its YouTube channel. The production will be jointly hosted with NASA, though SpaceX top engineer John Insprucker will host the bulk of commentary for the rocket company.

From 11 am ET, the American Museum of Natural History plans to broadcast several live video events, including a virtual ride-along of a flight from Earth to the ISS and the moon. At 4:05 pm, the channel will stream its launch watch party with commentary from Neil deGrasse Tyson, the museum astrophysicist Jackie Faherty, and the museum curator Michael Shara.

Journalists and meteorologists at National Geographic and ABC News will cover the launch with a two-hour special report, featuring interviews with NASA astronauts and officials, starting at 3 pm ET. The broadcast will continue the following day with the spacecraft docking to the ISS.

Both Discovery, as well as Science Channel, will air live coverage of the launch beginning at 2 pm ET. The special will feature interviews with Crew Dragon astronauts’ spouses: the astronaut K. Megan McArthur, Behnken’s wife, and the former astronaut Karen Nyberg, Hurley’sHurley wife. Singer Katy Perry will also make an appearance in the show.

The Museum of Flight

The Museum of Flight will broadcast its watch party at 3:30 pm ET, with commentary from the retired astronaut Wendy Lawrence, the space-history curator Geoff Nunn, and propulsion engineer Dieter M. Zube.

Once the crew lifts off, it will take SpaceX’s new Crew Dragon spaceship just around nine minutes to reach orbit. Along the way, the capsule’s automated systems or the crew’s manual override could abort the mission if there’s any problem and try to splash down in the Atlantic Ocean. The times mentioned below are relative to liftoff at 4:33 pm ET on Wednesday.