What is Blockchain: Everything You Need to Know

What is blockchain: The mathematical social-media holding things together.

Blockchain technology. Unless you have been living under a rock, you must have come across this word that has slowly taken the top spot in the financial and technological sector. So, what is blockchain technology and why is it so sought-after? Everything you need to know about the blockchain on priority can be summed up in two words — cryptographic and tamper-proof. Blockchains work because it is a digital footprint frozen in time that cannot be backdated or changed to suit one’s whims and fancies. The benefits of blockchain technology are numerous and ever-growing.

Everything you need to know about the blockchain is listed below so that you can better understand this game-changing technology, taking the world by storm.

What is blockchain technology?

Blockchain first appeared on the scene in 2008, and consists of chains of blocks, which comprise of various records, that are linked using cryptography. Researchers Stuart Haber and W. Scott Stornetta first described this technology in 1991. They wanted to use technology to time stamp documents so that it could be tamper-proof.

If I try to define what is blockchain in simple terms, in blockchain, every block is a cryptographic hash of the previous block, a time stamp, and transaction details, which make it impossible to replicate or manipulate. It also provides people with a safe, secure, and transparent way of sharing data across a network. As the hashes are unique, changing something inside a block will change the hash. This feature makes it easy to track any changes, as if the block undergoes a change, it is no longer the same block. Another key factor is that every block contains a hash of the previous block linked to it and this makes blockchain extremely secure. 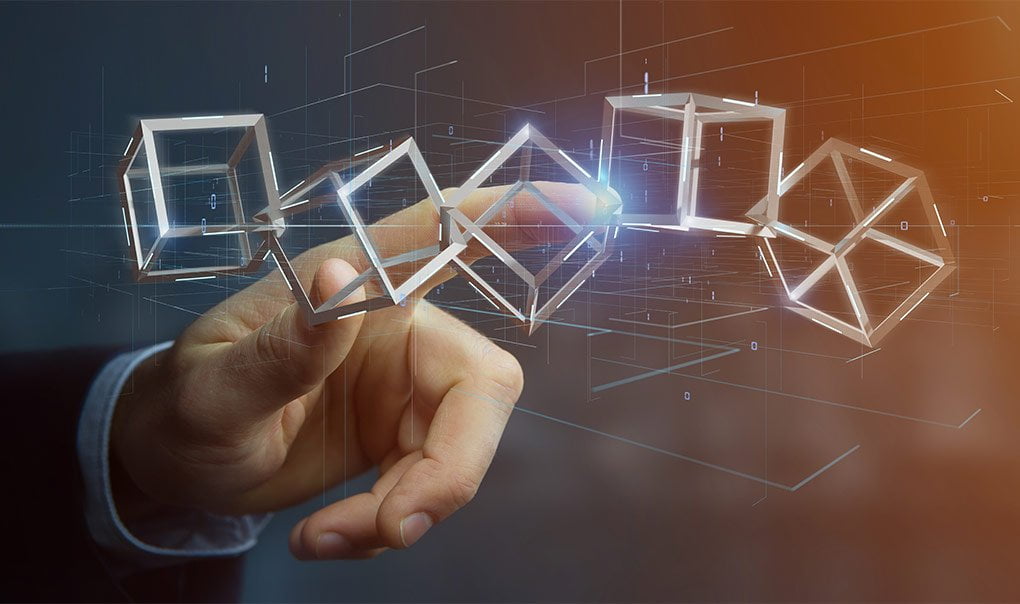 The simplest answer to what is blockchain is that it is a cryptic way to safely store data.

How does blockchain technology work?

Their idea was largely forgotten until Satoshi Nakamoto developed bitcoin in 2008. Nakamoto authored the first bitcoin white paper, explained what is blockchain, and as part of the process also built the first blockchain database. The white paper written by Nakamoto is the first proper publication that contains everything you need to know about the blockchain. In simple terms Nakamoto, who is a presumed pseudonymous person or persons, details how does blockchain technology work.

It is impossible to know everything about all things. But everything you need to know about the blockchain is given below.

Blockchains store transactional data in a digital ledger. A blockchain database is a mix of traditional and distributed databases and is made of multiple layers of blockchains.

We are sure you must have Googled this a few times “How does blockchain technology work?” If one tampers with a single block, it creates a new block. Furthermore, blockchains also have something called proof of work. In case someone changes something in a block that person will need to recalculate the proof-of-work, which is the mechanism that creates new blocks, for all the following blocks. A time-consuming process, it is thus designed to discourage people from creating new blocks and to avoid tampering.

One of the main benefits of blockchain technology is that the system rejects anything that is tampered and keeps everything safe. As data is immutable and new blocks reveal any changes, the entire record is maintained in a transparent manner.

The scientific way of answering how does blockchain technology work is that it produces a chemical reaction of sorts that cascades down the line if anyone attempts to change its chemical structure.

Blockchains are continuously evolving. Blockchains can be used for businesses to keep records of data, like medical records, taxes, and bank records, since it is transparent, distributed, and secure.

Often the end consumer is unaware of the origins of a product. Here, what is blockchain doing that other programs cannot? With blockchain technology, they can access records right from production to distribution. Ginni Rometty, the CEO of IBM, gives blockchain his stamp of approval as he believes that it can vastly improve efficiency in any supply chain, be it people, numbers, data, or money.

Blockchains are also cost-effective as one does not need to rely on others to proof-check or create paper trails. Everything is recorded on the blocks.

While it is extremely beneficial to track down the point of origin of a transaction, it can also be scary if someone misuses this feature. Just like web cookies and trackers can help trace a person’s identity, blockchain can also be used maliciously.

Furthermore, Santoshi Nakamoto also pointed out the 51% acceptance rule of nodes. After changes are made to a block, 51% of users in the network must give their go-ahead for it to be accepted. This security feature can also work against its reliability. If 51% of users lie, it will automatically be accepted as the truth, changing facts, which is why it is necessary to monitor the influence one can have in a network. This sums up everything you need to know about blockchain.

Two decades ago, it seemed impossible that blockchain would permeate every walk of life. But there is no ignoring the fact that businesses are now using it to streamline deals and create tamper-proof records. The end-to-end encryption provided by blockchains also makes it a good bet against cybercriminals. American investor and founder of Winklevoss Capital Management Tyler Winklevoss explains what is blockchain best as he says, “We have elected to put our money and faith in a mathematical framework that is free of politics and human error.”