What is SSD? All You Need to Know About Solid-State Storage

Solid State Drives (SSDs for short) have asserted their dominance in a major way in the personal computer space over the last few years. Most laptops and even desktop computers these days opt for SSDs rather than the conventional spinning Hard Disk Drives (HDDs).

Have you ever wondered what a solid-state drive does? How is it different from HDD? Or is the SSD worth all the hype? If you have, then you have come to the right place. In this post, we will understand what an SSD is and see why it is such a revolutionary technology.

What is an SSD?

Before we could go on into the intricate details of an SSD, let’s understand what a solid-state drive does. An SSD is a mass storage device that does not have any moving parts compared to conventional HDDs. All the information is stored in a solid-state drive onto integrated circuits (ICs) with semiconductor chips. 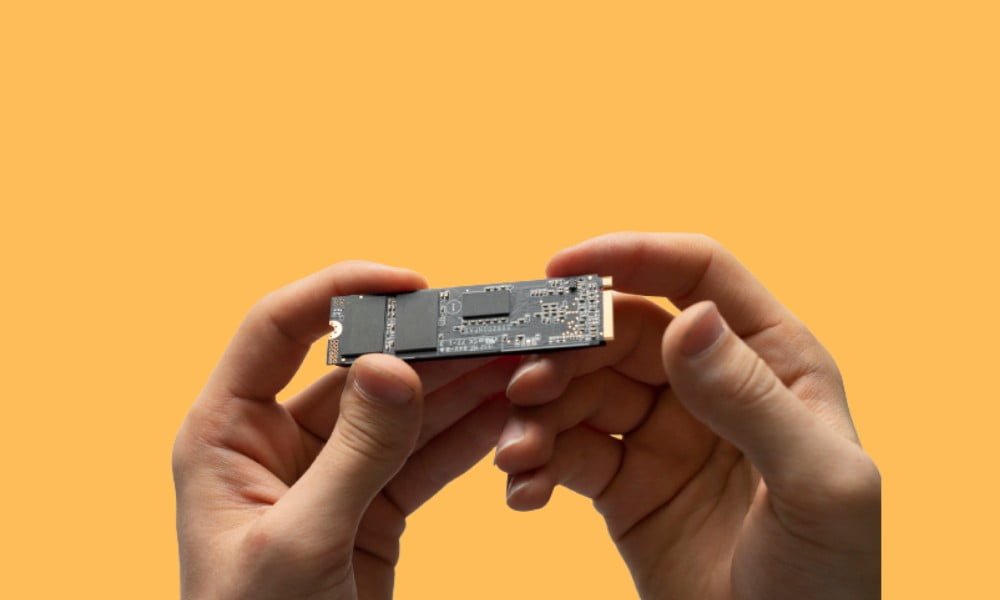 What are HDDs and SSDs in laptops?

Whenever you purchase a laptop, you always see two storage options — HDD or SSD. But what are HDDs and SSDs in a computer? Well, both solid-state and hard-disk drives are used in your laptop to store information. As we will see in the following sections, there is a fundamental difference between these systems handling data.

What does a solid-state drive do that is different from hard drives?

One of the biggest differences between SDDs and HDDs, apart from not having any moving parts, is the fundamental way in which the SDDs handle data. The semiconductor chips used in SDDs deliver a ‘non-volatile memory’. It means that the data stays on the disk even without a power source connected to it.

In contrast, the conventional spinning hard drive is a volatile storage device with multiple disks that spin on an axis.

What is SSD flash memory?

A solid-state drive has a flash-based memory and may contain NOR or NAND-type flash. However, the NAND flash is more popular because it is faster and smaller than the NOR-type flash.

Another interesting thing about these drives is how they write data on chips. SSDs are incapable of overwriting the data without erasing it first, unlike the conventional spinning HDDs. If you delete data on an SSD, the data is not erased immediately. Rather the space is marked as ‘available’ for re-use. To delete the data, the SDD needs to be given a TRIM command.

Once enough information needs deleting, the SSD carries out a garbage collection operation and dumps the data as a block.

What is the best SSD for a laptop?

There are different SSDs on the market, but the best SSD for laptops depends on several factors. Some of the most common types of SSDs include SATA, NVMe, PCIe, and M.2.

The basic difference between these different types of SSD drives is the interface they use to connect to the motherboard of your laptop or computer. While the SATA connection provides the slowest speeds, M.2 offers the best read/write speed. M.2 drives are also considerably smaller and are considered the best SSD for laptops.

Gaming performance can be significantly elevated if you have an SSD installed on your computer. Great read/write speeds, higher energy efficiency, and durability are the features of the best SSD for gaming. Installing an SSD, especially with a faster M.2 connection, can significantly reduce the load and render time on games than traditional hard drives.

The SDD market is booming, but whether it will completely replace HDDs is anyone’s guess at this point. While the solid-state drives are significantly faster, they suffer on two fronts-cost and storage capacity. HDDs offer a generous storage capacity at a fraction of the cost of a solid-state drive. So, although SDDs make a strong case, hard-disk drives are still not finished.