Oculus Quest 2 vs. Rift S – Which one is better?

Oculus leaves us in a dilemma.

For users who don’t have a PC for VR headset, the Oculus Quest 2 is a perfect choice. The device is powered by Snapdragon 835 processor (CPU) with a higher resolution in the dual OLED displays.

The Oculus Rift S device is an excellent successor to the original Rift CV1 and required a PC to power it. Compared to the Oculus Quest 2, the device has a lower-res LCD but gives full access to Rift titles. It also has an Insight tracking system with five sensors and a refresh rate of 80 Hz. 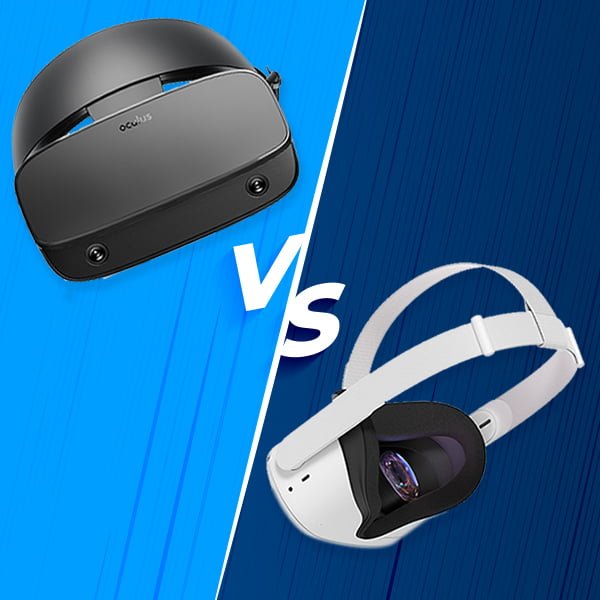 Oculus leaves us in a dilemma.


While the Oculus Quest 2 has an OLED display, the Rift S has a single LCD with a combined resolution of 2560×1440. The Oculus Rift S has an RGB stripe design in comparison to the Quest’s diamond pentile design. Both the Rift S and the Quest gives a clear picture that has less SDE than other models. The Rift S doesn’t allow any specific IPD adjustment while the Quest lets users adjust IPD with a slider, giving people a clearer view. Though the Oculus Quest 2 has a fine display, the Rift S is considered the better in terms of display features.


The Oculus Quest 2 is strikingly similar to the Rift CV1. The Rift S has a halo headband with a dial located on the back that can be adjusted for the perfect fit. A band runs along the top of the user’s head to keep the tool from slipping down. The Quest has a headband like the Rift CV1 with efficient dual Velcro adjustments located on each side. It also has a top strap to prevent the headset from slipping down. The Quest has four sensors located on each corner of the front plate. Both headsets have integrated audio, and the speakers are inserted into the headband.

Tracking and Touch of Quest 2


Both Oculus Rift S vs. Oculus Quest 2 headsets have an Oculus Insight tracking system. This system scans surroundings, identifies physical objects, and correlates with data from the headset’s accelerometer and gyroscope to give the exact positional data. While the Oculus Quest 2 uses four sensors for tracking, the Rift S relies on five sensors. Users will receive updated Oculus Touch controllers with both the headsets.