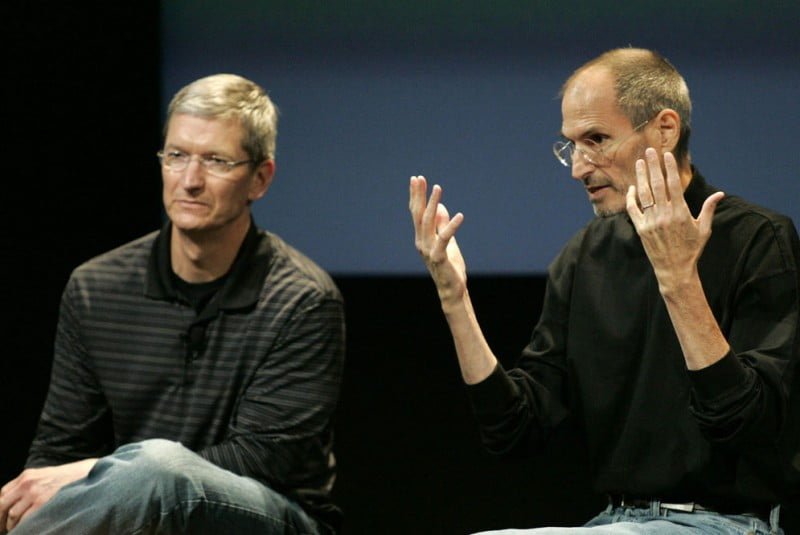 Few say that it’s consumers that are to be blamed completely for slow iPhone sales. But this is not correct. Anticipating a new product is what consumers do. They look for innovation and novelty. They tend to move in a direction where they get these. Apple is known to spoil the consumers with its edge-cutting innovative line-up of products every year. Now, the concept of innovation seems to be fading a bit as consumers haven’t received the fresh innovation they’ve been looking out for since quite a long time.

So is Tim Cook to be blamed? Partially yes!

Let’s have a look why:

Apple never adjusts its price to match the competitors. Surely it arrives with a level of class and luxury, but the company must focus on luring buyers at a price, which is in a level to its competitors who’re offering many features at a lower price than that of an iPhone. Example: Samsung.

Tim Cook hasn’t adopted Steve Jobs work style. Being an individual, sure he is allowed to work according to his concepts, but Apple is based on innovation. Steve Jobs poured resources into customer service and design while Cook focuses the other way round.

This needs to change and Cook must start focusing back on consumer needs and the concept of innovation rather than just patents.

The sales of iPhone are tracking behind the pace of last year. Meanwhile, the revenues continue to decline from every year’s perspective. The next iteration of iPhone, so far, doesn’t hold the power to allure the mass as its previous predecessors in the line did. What does this mean? The best days for Apple are over?

Maybe, it won’t be correct to say that. We cannot judge the power the tech titan by slow iPhone sales. There’re so many splashy takeovers, cars, and streaming. The decline in overall revenues and iPhone sales sure hints the vulnerability of Apple, but not in a manner you think it is. Not a single formidable rival seems to reach the top while Apple struggles through its tough phase from the previous year. At present, Apple stocks are vulnerable, but the business of this iOS giant certainly isn’t.

There was a time when there used to be a huge demand for iPhones with larger screens. Soon, following the public demand Apple released the iPhone 6 and 6 Plus (large screen models). The models spurred a delirium of purchase and drove the sales at the highest level. It became nearly impossible for competitors to beat the record. Now there’s a situation where Apple isn’t able to compete with itself for beating the record, which was set following the iPhone sales. The decline in iPhone sales is huge.

The issue arriving after 6s and 6s Plus is that iPhone users like it, but they aren’t in love with it. They’ve been desperately waiting for a new iPhone model to come out this fall. Let’s not even talk about SE models. It’s simply not for them.

Considering the argument surrounding the decline in “iPhone Empire”, there’ll be only two conclusions: Either the upcoming iPhone will set the world on fire like its predecessor. This is likely to happen considering no new features are being introduced in upcoming launch. Or it’s going to land Apple in a sea of endless troubles if this upgrade is similar to moving from 5 to 5s and 6 to 6s. So far, it seems similar to these ‘token’ updates from the rumors and leaks available.

Apple CEO Tim Cook believes that decline in iPhone sales is because the upgrade cycle for the iPhone 6 and 6s series has been stretched out longer than its original duration.

Despite the launch of budget-smartphone model iPhone SE, analysts expect the decline to continue into the year’s second half. Along with reporting the first decline since 2003, the iOS behemoth forecasted another drop in next quarter.

Last month, Apple suffered 26% decline in Chinese revenues for around $12.49B. Additionally, the company managed to sell only 51.2M iPhones, which is about 10M less than the number of iPhones sold in 2015 during the same year. Tim Cook said that the majority of the decline in China was due to the U.S. dollar’s strength in Hong Kong.

We cannot blame a single person for the fall of one of the second most valuable company in the world. Somewhere with the evolution of technology, consumers’ demand is affecting the iPhone economy too. But as it’s said, Apple needs a strong innovation to make a powerful comeback. We hope iPhone 7 emerges out to be the ‘Savior’ Apple is looking for.

What are your views? Who do you think is to be blamed for iPhone sales’ decline?