OnlyFans has been around since 2016 and is best known for being used by adult entertainers, though celebrities like Bella Thorne, Tyga, Blac Chyna, and Cardi B have also used it at one point to make some money. Some TikTok creators also point their followers to OnlyFans, where they promise explicit content in exchange for money. In a short time, the self-described “subscription social network” has amassed a base of more than 85 million registered users, more than 1 million content creators, and it paid out more than US $2 billion ($2.7 billion) globally last year.

At the height of the pandemic OnlyFans exploded going from 7.5 million users last November to 85 million now.

Before the pandemic, Bloom, 27, enjoyed her jobs in Massachusetts. She was working as a waitress by day and a stripper at night, she planned on saving up her tips to enroll herself in law school. 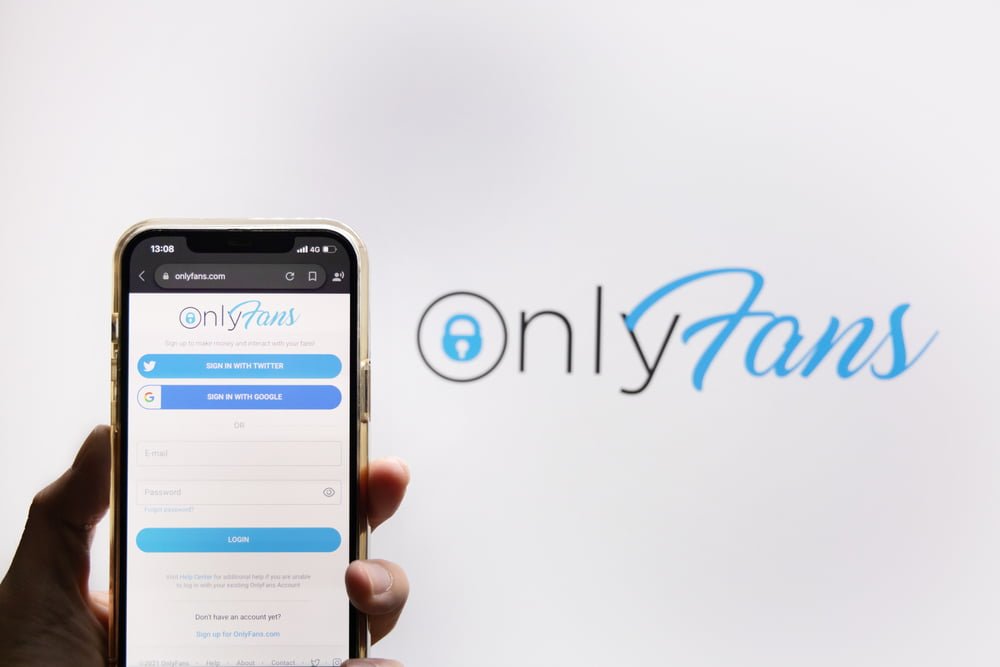 According to OnlyFans, more than 100 creators have made over $1 million since joining the platform. (Image: charnsitr / Shutterstock.com)

Within two weeks of the coronavirus pandemic, the strip clubs where she regularly performed closed, her coffee shop job was furloughed, and she found herself in a tug of war situations against life once again. That’s when Bloom decided to create a profile on OnlyFans where most of her stripper friends turned to when all remaining gigs dried up.

“I wouldn’t be making nearly as much as I make on OnlyFans if I still making coffees,” she says.

Adult entertainers have heralded OnlyFans as some sort of a magic pill for modern financial woes. It’s an empowerment tool, and perhaps the final step in destigmatizing sex work.

But is OnlyFans ready to be known as a platform for adult content?

In recent months, OnlyFans’ name has become shorthand for homegrown pornography. When it was started by British entrepreneur Tim Stokeley, now CEO, its main goal was to give creators a platform where they could sell subscription content while developing authentic relationships with their fanbase. A week before the explicit content ban of OFTV, an OnlyFans smartphone app and TV service exclusively for less explicit content, was widely mocked for its attempt to eviscerate the seamier side of the company.

The company faces a wide-ranging collection of opponents from hedge funds and private equity firms to the US anti-pornography non-profit National Center on Sexual Exploitation. Its age verification system sometimes fails to detect underage users and mostly “revenge porn.” According to BBC, the company’s moderators were instructed to give three or more warnings for users posting “illegal” content before closing their account. In a statement, OnlyFans denied the instructions were official guidance and said: “We do not tolerate any violation of our terms of service, and we take immediate action to uphold the safety and security of our users.” It says it uses “a combination of state-of-the-art technology together with human monitoring and review to prevent children under the age of 18 from sharing content on OnlyFans”.

There is little we know about why OnlyFans made the abrupt policy change in the first place. What is shocking is that less than a week after announcing the ban, OnlyFans backtracked.

When it first announced the ban on August 19, OnlyFans said it was an effort “to comply with the requests of our banking partners and payout providers.” CEO Tim Stokley later made a statement that financial institutions were to blame, saying they were making it difficult-to-impossible for OnlyFans to transfer money to creators. He also said they were shutting down bank accounts belonging to sex workers on the platform.

The statement elaborated: “In order to ensure the long-term sustainability of the platform, and to continue to host an inclusive community of creators and fans, we must evolve our content guidelines”.

Following a lot of backlash, OnlyFans said it “secured assurances necessary to support our diverse creator community” and that it was suspending its ban on pornographic content.

“Dear Sex Workers, The OnlyFans community would not be what it is today without you,” the company tweeted on Aug. 21. “We are working around the clock to come up with solutions.”

So was this all much ado about nothing?

Venture capital firms are cautious of investing in platforms that host pornographic content. According to internal documents obtained by Axios, OnlyFans’ has struggled to secure outside investment despite the rise in popularity and revenue during the pandemic.

The company’s decision was a result of a much wider and planned crackdown, one driven largely by a group of powerful and increasingly assertive payment processors. In its announcement to ban explicit content, OnlyFans said its decision was driven with a view to building a sustainable platform for the long term. “These changes are to comply with the requests of our banking partners and payout providers,” it added.