Why is NASA Alien Hunting in the Atacama Desert? 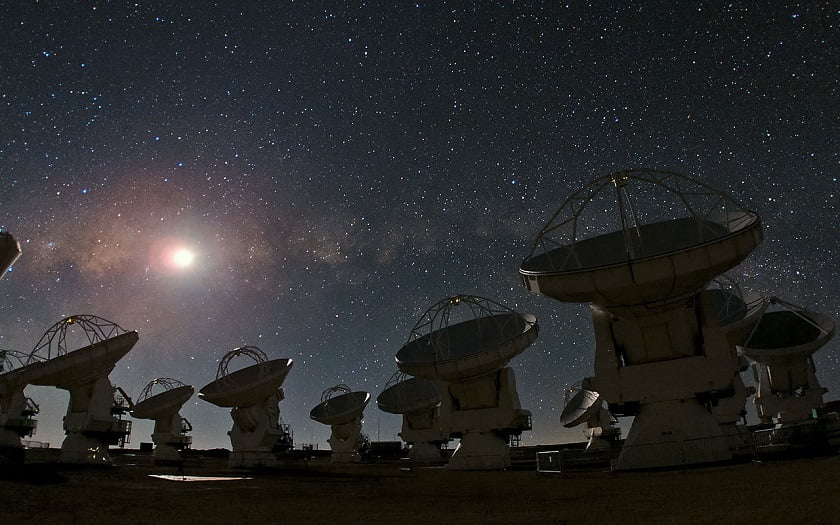 If you’re fascinated by the thought of galaxies far far away, Chile’s Atacama Desert is the place to be. The driest desert in the world has a rare set of factors making it one of the best locations on Earth for stargazing – very little rainfall, crystal-clear skies, high elevation of 2410 to 4270m, low-to-zero light pollution, and apparently the answer to the existence of extraterrestrial life.

It is no coincidence that the dry and cold conditions, where there is very little water and extreme ultraviolet radiation, makes life in the Atacama Desert exists as microbial colonies inside rocks or underground. Researchers at NASA contemplate that the same holds true if life exists on Mars.

NASA is now testing their new ‘life detection’ drill in Chile’s Atacama Desert, one of the most ‘Martian’ places on Earth. Monikered the Atacama Rover Astrobiology Drilling Studies (ARADS) project, NASA researchers are developing a drill that a robot can use to dig through the Red Planet in search of organic molecules. 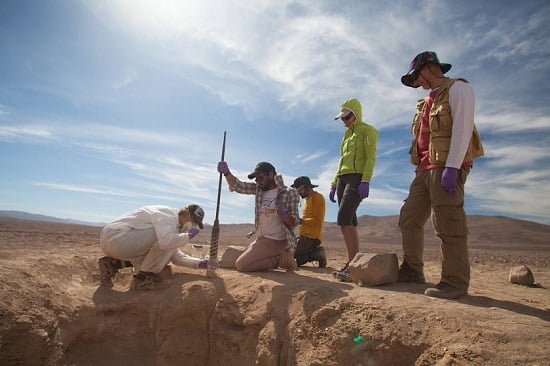 NASA hypothesized that if life exists on Mars, or if life existed before, it most likely went underground as the dry arid planet made living on the surface perilous. Since testing drills on Mars is out of question the team of 20 researchers from the United States, Chile, Spain, and France are presently working in Chile’s Atacama Desert, an environment that closely mirrors the Red Planet.

“Putting life-detection instruments in a difficult, Mars-analog environment will help us figure out the best ways of looking for past or current life on Mars if it existed,” said Dr. Brian Glass, a NASA Ames space scientist and the principal investigator of the ARADS project. “Having both subsurface reach and surface mobility should greatly increase the number of biomarker and life-target sites we can sample in the Atacama,” Glass added.

The drill will dig through soil sample and the transfer arm will send these samples to WCL and SOLID for analysis. This all might sound simple, but it’s not. Once the instrument lands on Mars, it’s going to be nearly impossible fixing any issues that might occur in them.

The team of researchers is also working on developing new ways to search of distinctive and resilient microbial life that can thrive underground in arid climates. Finding ways to accurately study these underground colonies will be vital during the real quest on Mars.

By 2020, the team will have figured out new systems to accurately find life on Mars. Exploration in the Atacama will help them valid their theories and instruments before embarking on the expensive process on the Martian planet.

With the NASA alien hunting on the driest place on the planet and the Mars Rover having recorded alien voice transmitting, it’s safe to assume we might find evidence of extraterrestrial life within 30 years on other planets.