Have you been to China recently? Did you see people using Skype for their important video conferences or booking flights through Skyscanner or buying products from Amazon or chatting on Facebook Messenger? I bet you didn’t, because they have WeChat for all of that. They use WeChat now only for chatting, but to buy product online, make or receive payments, for business purposes and a lot more things. It has replaced most of the apps that we use in our daily lives including WhatsApp, Skype, Instagram, and SnapChat. 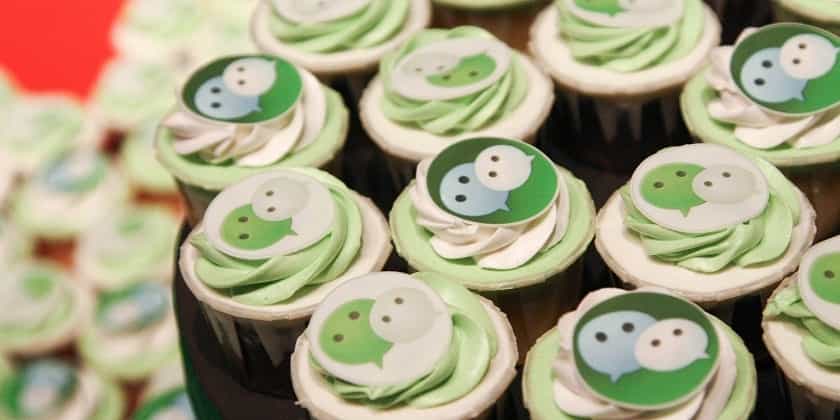 Tencent’s messaging app is providing something to China that is lacking in the West. People in the United States are using multiple apps for accomplishing different tasks, however, in China people have one app for all of their needs and that is WeChat, making it China’s most popular app.

Tencent’s app was not build to be limited to China, but despite its efforts to expand to the global market, it is nowhere to be seen in the rest of the countries of the world. The app had a great potential to be popular globally, then what went wrong? Here’s what:

The app was launched in the international market in 2012 or even late than that, after other chat apps were already established there. Tencent tried to make it up by their advertising campaigns featuring Lionel Messi and Neymar. However, when it comes to chat apps, people have a tendency to use the app that is used by their friends so that they can stay in touch with them. If your friends don’t use an app, you’re not going to use it, even when Messi tells you how amazing it is or how he uses it all the time. (We can do that of Messi is promoting some product like cars or something, but when it comes to apps, I don’t think so)

Keeping China at the center

Even after 4 years of its international launch, the American version of the app won’t allow you to do most of the things that the Chinese version does. You cannot book a cab, you cannot order a pizza, or you cannot make payments, all of which can be done in the original Chinese version of the app. It is understandable that Tencent is well aware of the Chinese market and it is easier to tie up with Chinese businesses to provide those features, but even after these many years, it just provides a small part of its features to countries other than China.

China’s most popular app got the least attention even after all the features, singing, and Messi’s fancy footwork. If you go catch the subway at New York city or take a bus at Mumbai, you may see some millennials chatting over WhatsApp or Facebook Messenger, some teens uploading their story on Snapchat or folks scrolling through their Instagram profile. You ask WeChat? I highly doubt that!

Federal courts have remained President Trump’s August orders for nationwide bans on two Chinese-owned apps—WeChat, the versatile app with more than a billion users worldwide, and TikTok, the video-sharing app that has gone viral amongst young Americans—moves that  set the stage for prolonged litigation.

On Sept. 19, Magistrate Judge Laurel Beeler of the U.S. District Court for the Northern District of California issued an initial command halting the Trump administration’s offer to ban U.S. app stores and internet services from issuing or hosting WeChat (a move that would have made the app unusable). Beeler found that the government’s policy was not barely tailored to its stated purposes: “The forbidden transactions cargo significantly more speech than is essential to serve the government’s noteworthy interest in national security, exclusively given the lack of substitute channels of announcement [for Chinese communities in the United States].” On Oct. 2, the government fascinated Beeler’s verdict in the U.S. Court of Appeals for the Ninth Circuit.

Tencent, the internet and entertainment multinational that owns WeChat, has been endeavoring to work around the ban since President Trump proclaimed it on Aug. 6. Trump’s supervisory order assured to forbid all U.S. transactions related to WeChat, effective Sept. 20.

A few days after Trump’s executive order, Tencent rebranded WeChat Work—an office communications product within WeChat—as a distinct app called WeCom. As WeChat users twisted for a substitute ahead of the ban’s execution, WeCom downloads jagged to nearly two hundred times what they were over the same two-day period the week prior. Tencent claims that WeCom falls outside the purview of the Trump administration’s projected ban. But the administration’s legal policies are likely to expand if, as some analysts assert, Tencent itself is Trump’s real target.

Chinese companies at manifold layers of the technology stack, including Huawei, WeChat and TikTok, as well as slighter known players, will be harmfully impacted by the Clean Network program. The U.S. State Department believes the worldwide tide is turning in America’s favor on the issue of “trusted” 5G providers, as straight the cautious German chancellor, Angela Merkel, has been required to stiffen restrictions on Huawei under noteworthy domestic pressure.

But despite a momentous hardening in Western European attitudes toward Huawei over the past year, it leftovers unclear how the rest of the world would align if compulsory to choose between the U.S. and Chinese approaches to internet and data governance.

Affectiva: What if Video Games could read your emotions?