Periscope CEO Kayvon Beykpour is trying hard to delight Periscope users worldwide. A month ago, his company rolled out a feature which allowed permanent saving of streams. It was the most awaited feature on Periscope for Android users as well as iOS users. Periscope introduced a feature where users could save their Periscope streams permanently. The move arrived as an effort to enter a face-to-face battle with social media giant Facebook’s Facebook Live feature. In the battle of live video streaming, Periscope mimicked Facebook Live by introducing an almost similar functionality in its own app. Periscope is a great app, the only feature lacking in the app was storage. The ability of the platform to save streams makes its use more appealing to various brands, social stars, and communities. A month later, he’s got a bigger reason to delight us all, again. 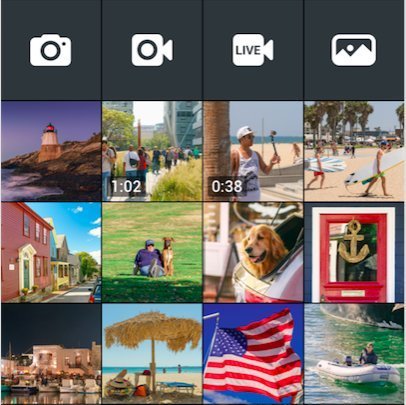 Periscope Button for Everyone Image : Periscope Official on Twitter

After building much anticipation, parent company Twitter has rolled out a Periscope button for everyone. The feature will be available for both iOS as well as Android users, allowing them to start live broadcasting on a whim. You’ll notice a “LIVE” option while you’re writing a tweet. Periscope Button will act as a shortcut to direct you to live broadcast after launching the Periscope app. In case, you do not have the Periscope app, you’ll be directed to the store in order to store and download it.

The feature has been introduced to fetch a maximum number of audience on both the platforms. Periscope CEO Kayvon Beykpour and Twitter CEO Jack Dorsey are looking forward to in-app compatibility. In May, the Periscope Button was tested with selected Android users. The same feature was tested for iOS users as well in June. But, now it’ll be officially available for all Android and iOS users.

Ready to go live? Now everyone can tap a new button on iOS & Android to easily broadcast on #Periscope from Twitter! pic.twitter.com/tedpUN1QMA

Periscope has been a blessing for live broadcast seekers, but until now it had to suffer a major drawback due to its incompatibility with storage feature. This incompatibility for Periscope, perhaps, has been working as a chip on Facebook’s shoulder until recently. Now after the launch of the live button for all, whether the audience will embrace Periscope and desert Facebook Live is a question, which so far, has no answer. Facebook Live has been one of the most loved platforms by celebrities and bigger brands as it gave them an option to directly connect with their follower base. Until now, Facebook Live was a big hit because it was the only live video streaming feature, which allowed individuals to save the stream. Now that Periscope is in the game, let’s see which one of these manages to lure the majority of users.