GoPro has become a hot-favorite among more than millions of users. The action camera recently entered the VR market with is new device that boasts of an all-inclusive recording technology. The GoPro Fusion 360 is the company’s latest revelation with a 360 degree camera equivalent to 6 GoPros. Yes, you heard that right, one fusion palm-sized camera that is equivalent to 6 GoPros.

GoPro Inc. reported a quarterly loss during April for Q1 of 2017. But thankfully, this was a smaller than expected loss incurred by the company. Reuters had reported that strong sales of flagship GoPro cameras and drones helped the company to incur less amount of loss. The GoPro cameras are highly famous among skydivers, surfers, and other action enthusiasts.

Notably, GoPro is cutting jobs and costs to balance the decline in the sales growth ratio of its flagship products to return to profitability. Compared to analysts’ approx estimate of 9,34,000 million the company said it shipped only 7,38,000 million products in the first quarter of 2017, Reuters reported. The report mentions that this company lacks new products. Maybe, this is why the action-camera manufacturing company has come up with its new GoPro Fusion 360.

Interestingly, the two lenses packed in the GoPro Fusion 360 are considered equivalent to almost 6 GoPros. Regarding the body of the camera, it is a compact device having easy-grip edges. The two lenses are on the front and rear sides of the chassis. The body is almost square-shaped and the lenses do not have the typical protection cap by the company. It comes without the protection cap for both the cameras to have free 180-degree view. The setting of the two cameras on either side makes them into an off-axis, different from the typical spherical cameras.

The company has said that this design serves a purpose but it declined to elaborate on the same. 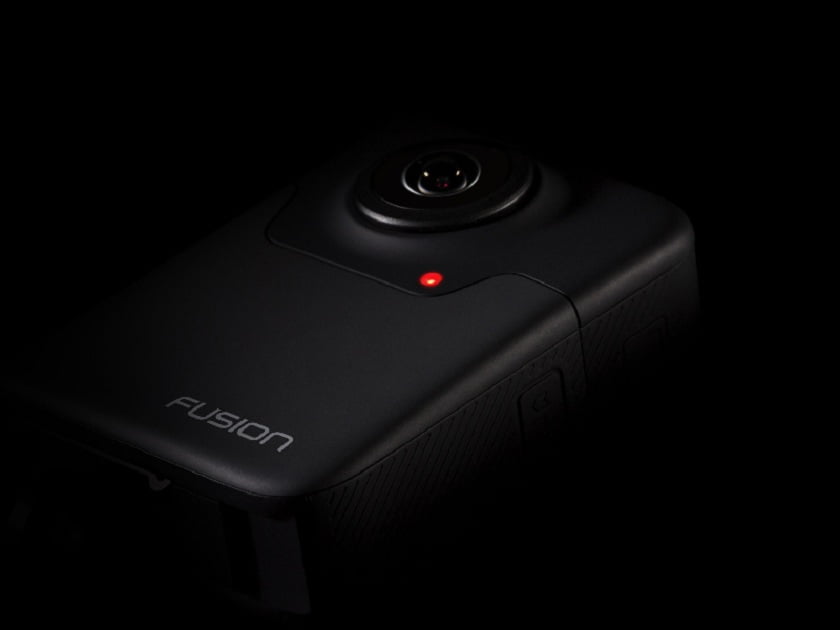 Apple Insider reports that the GoPro Fusion 360 will come with special software used for editing. It adds that the goal is to make it user friendly for an average customer to use his footage even if he is not familiar with the 360 video.

The company is positioning its GoPro Fusion 360 as a VR hybrid camera that can capture spherical videos. The user can crop these videos by selecting the desired portion and convert it into a 1080p clip. This ensures that users do not miss even one thing, reports Apple insider.

The company has a form where interest customers can apply for the Pilot Program. Other than this, we don’t know the pricing and availability of the GoPro Fusion 360 yet. Although, the company says that it will launch its GoPro Fusion 360 before the end of 2017.