The 10th Gen Intel Core S-series is a much faster version for playing games, surfing content and editing videos. Intel company is claiming the flagship models to be the "world's fastest gaming processor." 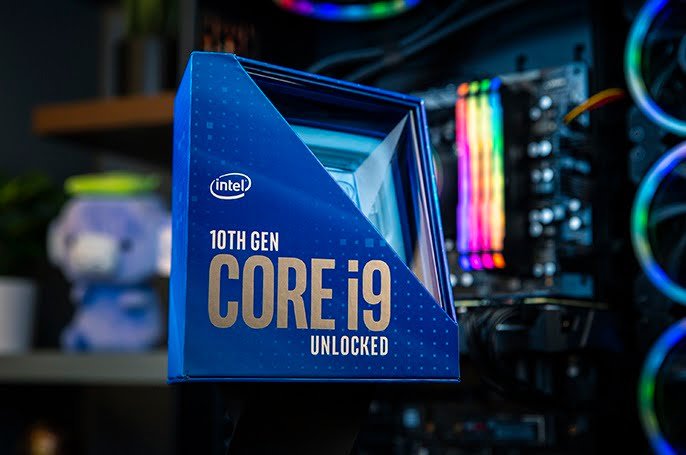 Intel recently launched its latest generation of desktop processors. The 10th Gen Intel Core S-series is a much faster version for playing games, surfing content and editing videos. Intel company is claiming the flagship models to be the “world’s fastest gaming processor.”

The models follow the standard naming convention of Intel and are named S-series. They are available in four models: the Core i9, i7, i5 and i3. The i9-10900K is the flagship model, offering ten cores, 20 threads and a maximum base frequency of up to 3.7 GHz. With performance-boosting systems that Intel has, the system can be cranked up to a blistering 5.3 GHz.

According to Intel, the i9 is capable of advanced system performance of up to 31% in comparison to earlier models. The company also states that in contrast to the previous models, the i9 can get up to 63% more frames per second in gaming, 15% faster HD video editing and 18% faster 4K video editing.

The 10th generation Core, Pentium, and Celeron machines follow the trend established by Intel’s new laptop H-series launch: they have the old process technology tweaked to a newer version.

The new set of machines have razor-sharp focus, raw clock speed and single-core turbo speeds on the highest SKUs over 5GHz. The machines are equipped for high-performance gaming, focusing on gaming and gamers to give them an extreme experience.

The new CPUs are designed for an LGA1200 socket, rather than LGA1151, which means a user will have to get a new motherboard if they want a 10th generation Intel desktop CPU. The Turbo Boost Max 3.0 dynamically selects and boosts the fastest two cores on a given individual CPU. There are lots of new knobs for hardcore overclockers to twiddle in the Extreme Tuning Utility. The i9 series also has a new Thermal Velocity Boost feature, which can give an additional 100MHz for short periods while the CPU is cool. Intel has also thinned the CPU die on some models, allowing for a thicker integrated heat spreader and therefore potentially better cooling to the hottest-running areas on-die. The officially supported RAM speed is also increased, from DDR4-2666 to DDR4-2933.

With the new machines, Intel is banking on high raw clock speed to impress buyers, while refining the newer 10nm process. For Intel fans, they can expect to see minor performance boost- if they to a new motherboard. The machines are a delight for professional gamers, as they will witness a potential rise in single-core clock speeds.