The Spyce restaurant operates with a team comprising of autonomous machines and humans. Precisely, there is a series of seven mechanical cooking woks in place of human chefs. These kitchen robots are designed to simultaneously prepare food in less than three minutes.

Humans garnish the meals served like adding yogurt, herbs, and other fixings so as to enhance their aesthetic appeal. The robotic kitchen restaurant has also employed a commissary team that prepares ingredients for the robotic woks.

The venture came to fruition when Farid took up admission in a master program. He did not have the facility to have food from the dining hall. Secondly, the studies did not leave him any time to cook dinner for himself. Eventually, he got frustrated with paying an amount as high as $10, $11, $12 for fast-casual meals.

Farid pondered over the crisis and thought, “there must be a better way out there.” It was then he decided to invent a robot that can cook for him. He brainstormed the concept with his friends, Rogers, Schlueter and Knight and started developing the technology in their MIT basement in 2015.

“That’s where we really kind of developed the first prototype,” Schlueter stated. “Our goal that summer was to build a robot that could make a meal at the push of a button.” 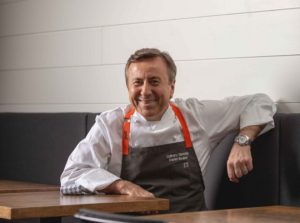 The Spyce boys took a challenge and presented the concept of an autonomous kitchen to a Michelin-starred chef, Daniel Boulud. Surprisingly, Boulud liked the idea and joined the team as an advisor. He even recommended Sam Benson, chef of Café Boulud, to come on the board of the robotic kitchen restaurant. The complete team then worked upon the Menu components along with modifying the recipes. This was a necessary step to align with new chefs’ – autonomous woks’ – working pattern.

On entering the robotic restaurant, a human guide greets the customers and takes them to touchscreen kiosk. Here, the customers can place their order and then wait.

How Do Robotic Woks Function?

As the ordered food details reach the kitchen, the containers dispense the ingredients into one of seven cooking woks. The pre-portioned ingredients then rotate in the conical cylinders, cooking the food at 450 degrees Fahrenheit using induction technology. 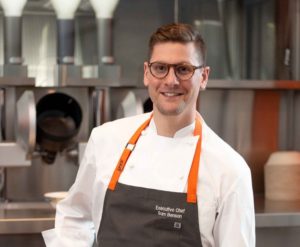 Just to keep the entire cooking process clear, the rotating woks are positioned tilted and Spyce’s counters are kept transparent. The diners can actually watch how their food is prepared by mechanical woks behind the counters.

The complete cooking process finishes within three minutes or less. Then the robotic pots tilt downward to pour the food into the bowls. Subsequently, a pantry chef picks up the bowls and gives them the finishing touches before handing over the prepared dish to the customers.

The machines feature an auto-cleaning system that consumes 80 percent less water than the average dishwasher in the process.

Here, the efficiency of these autonomous woks results in keeping the cost of each meal nearly $7.5.

Farid believes “Our customers will come in the first time because they think it’s cool. But they’ll come the second time, we hope, because they really enjoy the food.”