Magnetic resonance imaging (MRI) became an instrument to examine the human’s organs and internal structures in 1971, nearly three decades after it was discovered independently by Felix Bloch and Edward Purcell. Since then, health professionals have relied on MRI scans to examine various body conditions, including the brain and spinal cord. Thanks to American physician Raymond Damadian for identifying the differences in the nuclear magnetic relaxation times of tumors and tissues. But the technology is not done stunning us. A newly developed world’s smallest MRI machine can do even more and could give birth to the long-awaited computing era.

The technology has been scaled down significantly such that it could now image individual atoms.

Researchers at the Center of Quantum Nanoscience (QNS) of Ewha Woman’s University, South Korea developed the miniaturized MRI device in collaboration with colleagues from the US. The team has announced performing the world’s smallest magnetic resonance imaging, which visualizes the magnetic field of a single atom, in a paper published in the journal Nature Physics on July 1. 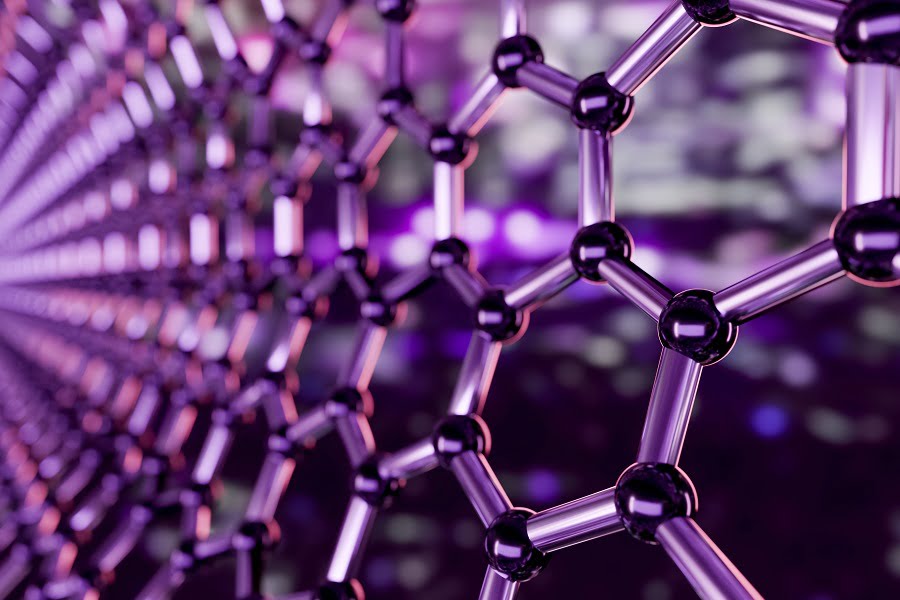 View of a graphene molecular nanotechnology structure on a purple.

MRI detects the density of spins, also known as the fundamental magnets in electrons and protons, in the human body. Ordinarily, an MRI scan requires billions of spins to measure the expected differences in any diagnosis. But the new research found that MRI scan is also possible for a single atom on a surface.

The researchers were able to image and probe a single atom by scanning across the surface of an atomically sharp metal tip in a Scanning Tunneling Microscope, a device for imaging and probing individual atoms. Two magnetic elements: iron and titanium were investigated in the study. Precise preparation of the sample made the atoms visible in the microscope, allowing the scientists to map the three-dimensional magnetic field generated by the atoms using the microscope’s tip. To achieve this, the team attached an extra spin cluster to the sharp metal tip of the microscope.

Based on common physics principle, two spins could either repel or attract each other depending on their relative position. The researchers were able to contour the magnetic interaction by just sweeping the spin cluster’s tip over the atom on the surface.

It turns out that the properties of both spins; the one on the sample and the one on the tip determined the magnetic interaction we measured, says lead author Philip Willke of QNS. The team was able to distinguish different kinds of atoms using the signals they produced. The magnetic signature produced by iron atoms is vastly different from that for titanium and that “makes our technique very powerful.”

The team plans to map the spin distribution in more complex structures such as molecules using the single-atom MRI technique.

Expectations are high that this newly developed world’s smallest MRI device could usher in another level of development in drugs manufacturing, creation of new materials and in developing better quantum computing systems.