As the Canadian behemoth BlackBerry discontinues Classic line, maybe it can be well regarded as the end of a golden era. Manufactured by one of the most celebrated smartphone manufacturer in the history, BlackBerry Classic line will always have a soft spot in the hearts of millions of users worldwide. The company has announced that they will no longer manufacture Classic model. The touchscreen smartphone model of BlackBerry will no longer be available once the remaining stock is finished. As Blackberry discontinues Classic line, you’ll no more have the traditional, old version of the iconic BlackBerry Keyboard. 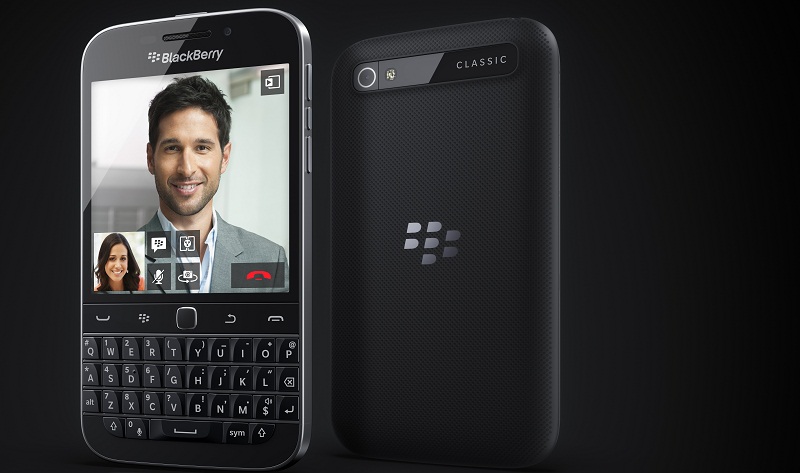 In a similar manner how Samsung and Apple smartphone models are dominating nowadays, BlackBerry had its own era of domination. BlackBerry used to be regarded as the fiercest rival of Apple, forget about Samsung as it was nowhere near these two smartphone giants in those days. Influential personalities like President Obama, Hillary Clinton, and Google executive Eric Schmidt were famous for their obsession with BlackBerry models. Christina Aguilera, Kim Kardashian, Paris Hilton, Ben Affleck, Tom Cruise, and George Clooney are some of the celebrities who used to swear by BlackBerry.

Government bodies across various countries used to heavily rely upon BlackBerry’s highly encrypted system. NASA was known to store its data on BlackBerrys.

BlackBerry can be regarded as the iPhone of earlier days.

The Decline of BlackBerry

BlackBerry enjoyed a heavy period of glory, but it somehow failed to compete with the almighty iPhone. As time passed by, the Canadian manufacturer started facing more difficulties as giants like Samsung, LG, and Sony entered the market with their power-packed range of touchscreen smartphones. Also, BlackBerry used to be pricier in those days so the low-cost entry of touch-enabled smartphone started troubling the Canadian smartphone makers. Then business rival Nokia introduced a similar suite of business phones like BlackBerry, which increased hurdles for the company. Somehow, the company struggled to catch up with the technology, but failed to do so. The iOS was already giving a hard time to BlackBerry OS, but the entry of Android shook its system from the roots. To combat the growing competition the company introduced Blackberry Classic line, but it was too late. Apple and Samsung were already dominating the market. Nokia had given up entirely, and BlackBerry started counting its days. After recent years of struggling, the news finally arrives that BlackBerry discontinues Classic line.

When BlackBerry Decided To Give Up Finally

The U.S. Senate announced it would dump BlackBerry handsets for Apple and Samsung handsets on Monday. The announcement came right after the Canadian Manufacturer informed Verizon and AT&T that it’s putting an end to the production of BlackBerry OS 10 handset models.

BlackBerry Classic was launched in December 2014. It arrived equipped with BlackBerry’s traditional QWERTY keyboard. The design of the model shared a striking resemblance with BlackBerry’s one of the most popular models “BLACKBERRY BOLD”. The series for BOLD were launched between MAY 2008 – NOVEMBER 2011.

The dominance of BlackBerry started shrinking after 2011, and now Android and iOS smartphones are ruling the world as combined they share 98 percent of global market share.

But, it’s Not an End Yet

BlackBerry has announced that it’ll soon be arriving with the state of the art line-up of devices. It’s being assumed that Android OS will play as a central focus like it did in BlackBerry Priv. Meanwhile, BlackBerry Leap and BlackBerry Passport, which are powered by BlackBerry 10 will be available for sale.