WWDC 2018 Announcement: All About Apple’s Most Advanced OS – iOS 12

Apple Developer Conference, WWDC 2018 has kickstarted in San Jose, California on June 4. It’s the first day of the event and as anticipated, Apple announced the new mobile operating system –iOS 12. Releasing this fall, the new software update is designed to make the iPhone and iPad work faster, and in a more responsive way. 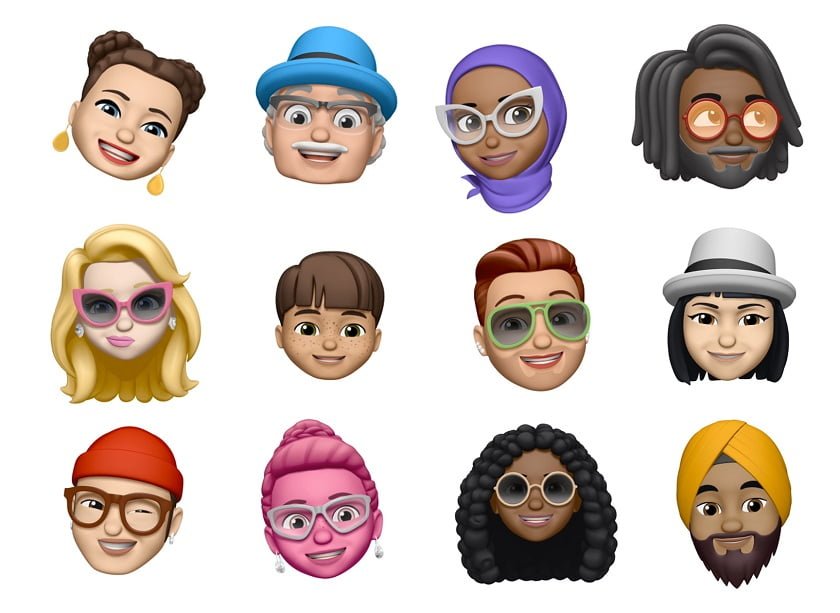 HERE ARE ALL DETAILS ABOUT iOS 12

Compatible with models starting from iPhone 5S and iPad Air to the flagship model iPhone X, iOS 12 is designed to enhance their launch time and runs on a fluid interface. During multi-tasking on mobile devices, applications boot up twice as fast. The traveling time from the lock screen to the camera is covered at 70 percent faster rate. Similarly, the keyboard displays up to 50 percent quicker and the typing has become more responsive.

Now Apple users can FaceTime with up to 32 people in one go. One can join or add a new member to the on-going conversation in FaceTime with a silent notification.

The feature is available with video/audio call and accessible from iPhone, iPad, Mac, or Apple Watch and HomePod. Focusing on the responsive feature, the speaker will be automatically located at the front and center during FaceTime. 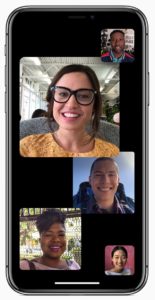 Group FaceTime uses on-device intelligence to display the most prominent speakers on the call. Source: Apple

The newest and fun segment of iOS 12 is texting with camera effects. Apple has added four new Animoji to its collection namely – ghost, koala, tiger and T.rex. One can also showcase their talent by creating customized Memoji from infinite options available. Simultaneously, there is another feature where users can design their own Animoji depending on mood and personality.

In fact, now you can make chats interesting by creating Memoji right within Messages by selecting from a series of characteristics given. The new iOS 12 enables the device to track facial expressions as it can now detect Wink and Tongue gestures easily.

Now your Animoji, Filters, Text and Stickers have landed to Messages and FaceTime. Also, make your conversation fun with filters like a speech bubble and by adding emoji to your photos and videos.

For delivering the most advanced OS, Apple will now enable iOS 12 users to take a call upon their time consumption on each application and website. Also, families can set similar limitations for their kids on iOS12 devices using the family’s Apple ID. Within this, there are several tools to set personal preferences.

The Do Not Disturb feature lets you customize which apps/sites should be blocked during the specific time period. Along with this, iOS 12 devices will be powered to set personal notification delivery system. For instance, Within Instant Tuning, the users can opt to have notifications delivered silently to Notification Center automatically. During night time, users can dim the display and hide all the notifications for an interrupted sleep.

During WWDC 2018, Apple laid down the most innovative tools for AR developers. Apple determines to make iOS12 as a dynamic platform for AR applications. So, the new tools in iOS12 will enable developers to integrate shared experiences, continual AR experiences fixed to a specific location, object detection and image tracking. Moreover, the users will now own a feature to share these AR experiences anywhere in iOS such as Messages, Safari, Mail, Files and News. For making this happen, Apple collaborated with Pixar to design a new open file format, usdz. 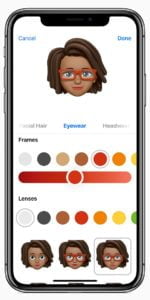 Siri has now an ability to work faster than before with any app. As Siri understands the user’s routine, it will instantly suggest a shortcut on the Lock Screen or search at the right time.

Users can create Siri Shortcuts by simple voice commands. On the other hand, app developers can explore Siri capabilities with Shortcuts via a new SiriKit API.

Going ahead, Siri’s translation ability has increased to 40 languages. In addition, it has become more knowledgeable in fields of sports, celebrities, and food.

The annual Apple developer conference highlighted the privacy and security features as a priority in iOS 12. Even if the websites do not possess privacy integration, iOS 12 will protect these sites from tracking user information.

FaceTime interactions are all encrypted end to end, and hence each conversation – whether in a group or personal would remain private and viewable only by the participants. 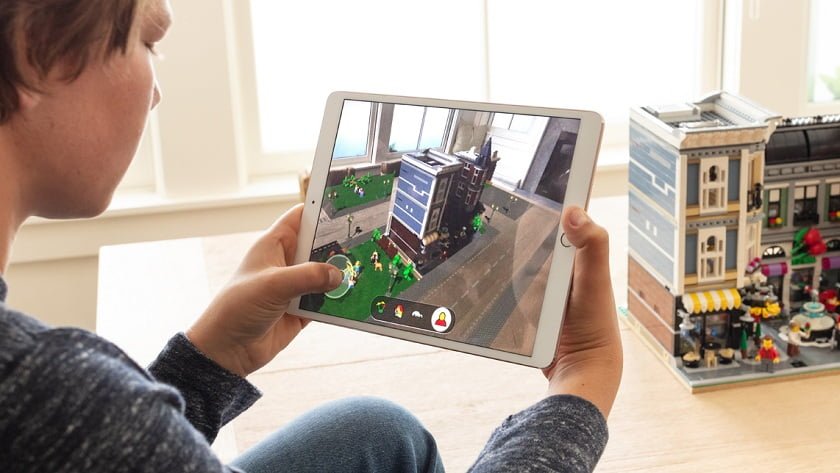 Developers can now integrate shared experiences and persistent AR, which allow users to leave virtual objects in the real world and return to them, as is, at a later time. Source: Apple

Along with the addition of new tools, the new software update releases some fresh aesthetics on a few applications.

The app will come with a fresh layout wherein it would be easier for Apple users to discover, read or listen to books. Likewise, it would get easier to navigate in the news feed by swiping directly on the subject of choice. 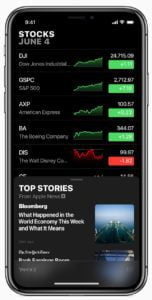 News and headlines in the Stocks app are now powered by Apple News. Source: Apple

Stocks arrive on iPad too with a customizable watch list. The app will display new in easy-to-understand language and interactive charts.

Interestingly, this app now adds support for third-party navigation apps. This tool is developed in light of providing a familiar experience to drivers on the car’s dash.

This app has now come to iPad. In addition to iCloud support with Voice Memos, all the recordings are now accessible across iOS 12 devices.

The Wallet on iPhone and Apple Watch installs support for contactless student ID cards, facilitating the students to access everything on campus, starting from a dorm, lab or laundry payments.