Just a few more hours to go before this year’s one of the most anticipated tech events kicks off. Although WWDC 2016 is going to be surrounded by software announcements, the event will play a key role in Android Market. 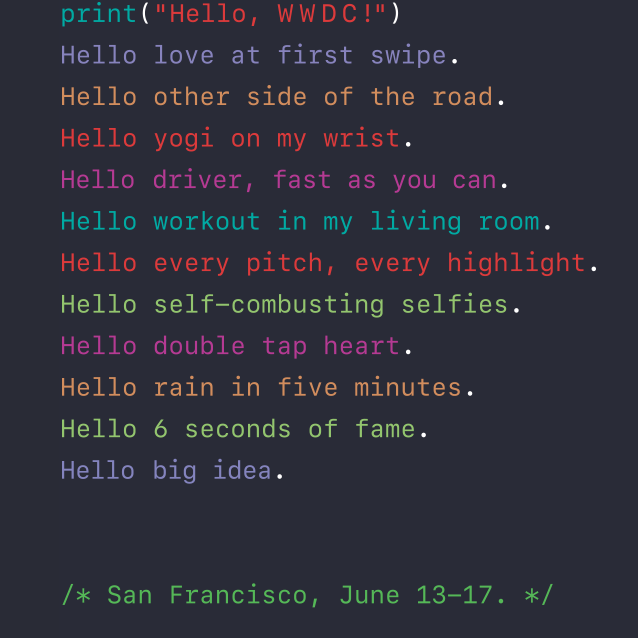 Apple is known for its not-so-keen interest in developing applications for other platforms. For the very same reason, the Cupertino-based behemoth has been heavily criticized in the path. Apple’s tradition continued despite the criticism until recently when the company started launching its app for Android platform.

As we’re all aware, Android VS Apple battle has arrived at the most heated stage anyone could’ve ever imagined. There are crumbling iPhone sales and a decline in overall iOS market at one side, while there are increasing Android market shares at the other end. Clearly, much to the Apple’s despise, Android is dominating the current market.

Recently, in order to stabilize the crippling Windows Phone sale, Microsoft started manufacturing Windows Apps for Android phone. Such initiative pressurized Apple as a result of which the iOS giant finally decided to start releasing iOS Apps for Android. After all, Apple has to do something in order to regain its hold in the smartphone economy.

The step to debut iOS Apps in the Android world is a very wise decision taken by the Apple CEO Tim Cook. Now, as Google offers apps for iOS, Apple, in a similar manner, will display friendly gesture by developing iOS apps for Android platforms.

Thousands of Android users across the world are eagerly anticipating WWDC announcements to see what it holds for them.

Apple is trying to focus on the service that means it is opening specific avenues that are beyond its OS X and iOS platforms. This makes sense because the company launched Apple Music Beta for Android. According to the sources, Apple has plans to add payments, which are person-to-person, to iMessage App. A similar feature is currently available for messages on Facebook. iMessage for Android will allow users to experience a seamless messaging experience, which the iPhone users have been enjoying so far. The iMessage is considered as one of the most safest and secure forms of the messaging platform like WhatsApp. The feature is heavily encrypted, which can make conversations of users safe.

Also Read: The iMessage is All Set To Move Beyond The Boundary of iOS Empire

Apple Pay is working hard to broaden its horizon. During such period, what could be better than introducing Apple Pay service to 1.4 billion Android users across the world? The debut of Apple Pay on Android platform will work as a blessing for iMessage as well by extending its capabilities.

More importantly, with the introduction of this feature, Android users all over the world would be able to leverage the absolute comfort of Apple’s ecosystem. This can be considered as a great step taken by Apple towards climbing up after suffering the recent downfalls. Let’s wait and watch for the actual WWDC announcements to commence.