Phil Spencer, Head of Gaming at Microsoft harvested the full advantage of Xbox E3 2018 briefing held on June 10 at Microsoft Theatre. Dubbed as Microsoft’s strongest show to date, Spencer announced a record 52 games on the stage. The diverse line-up of Microsoft gaming content included 18 Xbox One exclusives and 15 world premieres. It also stretched on benefits of Xbox Game Pass at the briefing.

Aiming two billion global players, Microsoft’s complete focus is now on developing original content and facilitating Xbox One platform to host best of the games available. The Redmond tech company laid down a platter of games on Xbox One console varying from console launch exclusives to blockbusters and independent games. Along with this, over 220 titles are upgraded to match Xbox One X configuration, the world’s most powerful console, as boasted by Microsoft.

“There has never been a more exciting time to be part of the gaming industry, with creators, large and small showcasing incredible new games for the more than two billion players around the world,” said Phil Spencer at Xbox E3 2018 briefing.

Call it ‘Gear of Wars’ or simply ‘Gears 5’, travel across the immersive world of Gears as Kait. With blur-free HDR video quality at 60 frames per second and 4K Ultra HD resolution, one can play Gears 5 as solo player or in a team of two.

Gears 5 will arrive on Xbox One and Windows 10 in 2019. It will simultaneously appear on Xbox Game Pass as its global release.

Spencer showcased the world preview of next edition of the legendary game, ‘Halo Infinite’ at Xbox E3 2018 briefing. The premier provided a glimpse into the future of Halo, paving the franchise into new and unexpected directions. Things get quite exciting as the Master Chief comes back. The content is developed by the 343 Industries using the studio’s new Slipspace Engine.

Developed in association with Sumo Digital and Elbow Rocket, the in-house gaming content, Crackdown 3 will boom on Xbox One next February. Here, players disguise as Agents and stop crimes leading to mayhem and destruction. The game will come with an all-new multiplayer mode, Wrecking Zone, where destruction is your ultimate tool activated by Microsoft Cloud.

With a continuous up gradation, Sea of Thieves is currently available on Xbox One, Windows 10 and Xbox Game Pass as an Xbox Play Anywhere title. It is a shared-world multiplayer game that provides the quintessential pirate experience.

In July, Cursed Sails will be released in the game to introduce a new threat to the seas in the form of deadly skeleton ships. Similarly, in September, Forsaken Shores will be added to unveil a perilous new part of the world, filled with dangers that will test the skill and dare even the strongest crew member.

Leveraging the Power of Xbox One

Bethesda Game Studio, creator of the award-winning Skyrim and Fallout 4 launches Fallout 76. Quite strikingly, Fallout 76 is a prequel and the largest world ever created in the renowned Fallout world. The gameplay is set in the hills of West Virginia.

Previewing Cyberpunk 2077 at Xbox E3 2018 briefing 2077, you feel like being an urban legend. The game has a lot of narrative content and open world RPG background located in the most vibrant and dangerous capital of the future — Night City. It is a world full of cyber-enhanced street warriors, tech-savvy net runners and corporate life hackers.

It’s an entirely new gameplay to be made available on the Xbox one devices from early 2019. Preorders have begun now at select retailers for the suggested retail price of $59.99.

Sekiro: Shadows Die Twice is a dark and twisted RPG game created by ‘From Software’ and published by ‘Activision’. Here a single gamer takes up the role of the protagonist who is a hard-hearted warrior and rescues his master from danger. His other mission is to destroy the arch-rivals. 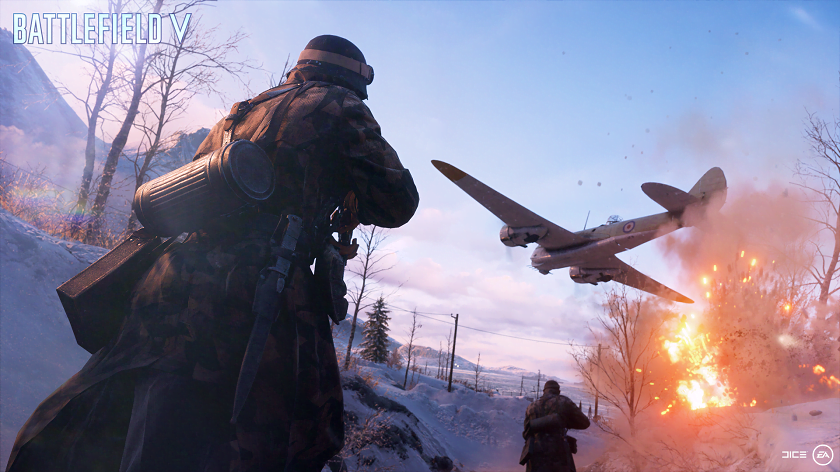 Battlefield V will be available worldwide from October 19.

Premier of Battlefield V can be termed as the most engrossing session of Xbox E3 2018 briefing on Sunday. The series takes the audience back to its roots, that is, World War II.

Based on human’s biggest conflict with Battlefield V, it is a story of young Norwegian resistance fighter during the German reign. Here the players need to save themselves and their families by paying an unimaginable price.

The player can take on the game as an all-out multiplayer across the world. It can also be played as witnessing human action set against global combat in single player War Stories, including Nordlys. Battlefield V will be available worldwide from October 19.

In Cuphead: The Delicious Last Course, the central characters Cuphead and Mugman are accompanied by Ms. Chalice. Together they embark on a DLC add-on journey on a brand-new island! There are new weapons, new magic and Ms. Chalice’s new abilities to refresh the experience. Take on a new bunch of multifaceted, screen-filling leaders to help Chef Saltbaker in Cuphead’s ultimate challenging quest.