Microsoft has postponed the release of Halo Infinite to next year but people are excited about the likely release of the Xbox x series controller on November 6.

Xbox Series X plans to launch this November globally with over 100 optimized for Xbox Series X titles that will give the full experience of the powerful console.

Microsoft has made an official announcement of the release for November of its products but there is no specific date. It is speculated that the Xbox controller will go on sale on November 6. Distributors are getting ready for this specific date launch.

The tip comes from an unreleased Xbox X controller that somebody has got access to, which has instructions printed not to open or display it before November 6. 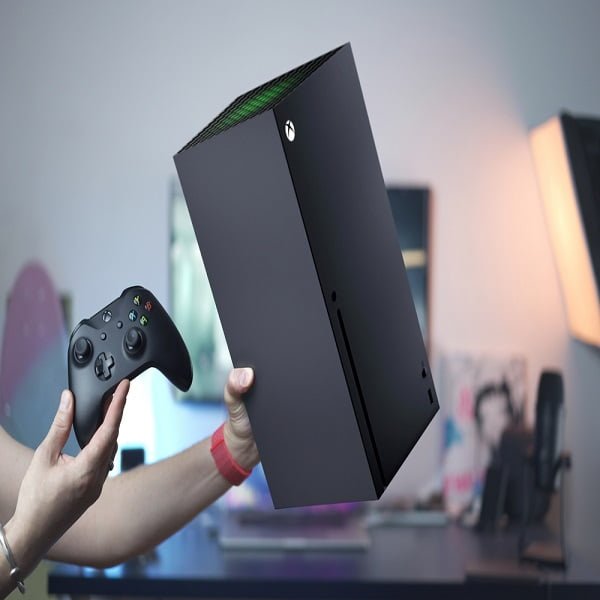 A few people who have purchased the Xbox X series controllers have registered the same on the Microsoft site and got a warranty of an year, which is more than the earlier warranty of 90 days offered on controllers, so it is presumed to be a brand warranty including the consoles.

“We have a lot in store for Xbox in 2020 and can’t wait to share with you,” said a Microsoft spokesperson. “However, we have nothing to announce at this time.” Microsoft isn’t commenting on the November 6th date, either.

The company has announced the launch of its new console and a series of games across all the Xbox generations with added features and Game Pass on its site.

The new console comes with some new features such as hardware-accelerated Direct X raytracing, framerates up to 120 frames per second, faster loading times, and Quick Resume for multiple games. New game playing on this console is definitely going to improve.

The launch will be accompanied by

More than 50 new games across generations and optimized for Xbox Series X, including Assassin’s Creed Valhalla, Dirt 5, Gears Tactics, Yakuza: Like a Dragon, and Watch Dogs: Legion. With Smart Delivery you only have to buy these games once to play the best versions for your console, across generations.

More than 40 popular games newly optimized to take full advantage of Xbox Series X such as Destiny 2, Forza Horizon 4, Gears 5, Ori and the Will of the Wisps, Madden NFL 21, and more.

Game Pass, with a monthly fee, delivers a curated library of content across console and PC, including all games from Xbox Game Studios the day they launch. Beginning September 15, Xbox Game Pass Ultimate members will also be able to play more than 100 games from the cloud on their Android phone or tablet. The mobile phone experience will be similar to what you get with Xbox consoles such as your friend’s list, achievements, controller settings and saved game progress.

The games can now be optimized to include the ability to render titles with increased resolutions up to 4K, delivering new HDR reconstruction techniques to games that were developed years before HDR came into existence, applying anisotropic filtering to improve image quality, and creating ways to increase or double the frame rate of certain titles.

Microsoft has also announced a delay in the launch of its Halo Infinite till 2021.

The launch date coincides with that of PlayStation 5, its nearest competitor, in November too.

GameStop says that it will have “precise limited number of Xbox Series X and S console bundles” in routine today, ahead of in-store handiness of the new Xbox consoles on Tuesday. Note the word “bundles,” which means these will be high-priced sets with a bunch of peripheral add-ons.

The Xbox Series X (along with the Xbox Series S, its fewer potent little brother) will be accessible on Tuesday, Nov. 10. That’s the day the world will be gifted to buy the new console that Microsoft says will have “four times the processing power of the Xbox One,” while contribution backward compatibility with older Xbox games.

It’s a rational guess that you didn’t achieve to preorder an Xbox back in September — the preorder window was a smashed for most people. But will you be capable to snag a console on Nov. 10? That’s an excessive question. Unlike Sony, which has announced its PS5 launch will be online only, Microsoft has said no such thing. We suppose that retailers will have inventory, both online and in-store, on Tuesday, but displeasure your expectations. We guess limited quantities through the rest of the year.

The Xbox Series X is magnificent. Microsoft’s modern console is an unbelievable machine, but you might have a tough time getting your hands on one. Even if you’ve got your enormous cash roll handy, it’s likely that you won’t be bright to obtain Microsoft’s next-gen consoles. After a fleeting stint being available in September, the Xbox Series X has been scarce, only presented through scalpers, but can you find it on launch day?

Nearly every main retailer has publicized that the Xbox Series X will be accessible at some point during the launch month. Some will have it on launch day while others sequester new Xboxes to a Black Friday deal. Many retailers also appear to be selling the online consoles entirely through their online platforms, discouraging wishful Xbox Series X owners from showing up in person.

Here are your options for obtaining a new console on Xbox Series X launch day.

Target discovered their Xbox Series X plans after an intrusive Twitter user asked what might be in store for next-gen sales.

You’ll necessity to purchase your console online first if you hunger to get it from Target. They’ll be stocking consoles in stores, but only for those who handpicked curbside pickup or Drive Up options. Either way, you can’t tread into your local Target demanding a new console. This optimal was likely made due to ongoing concerns regarding the pandemic.

Target has yet to deliver a timeframe for when the consoles will be existing online. You’ll just prerequisite to retain refreshing their Xbox hub page throughout November 10. If you need to play the console as soon as possible, choose curbside pickup if it’s available.

A complete bunch of games are coming out for Microsoft’s next-gen consoles on launch day and across the next few weeks.

None of these are authentic “exclusives” since almost all of them will be playable on Xbox One and/or PC as well. Certainly, many of the games in the following list are upgrades or ports that have previously been released on Xbox One and PC, such as Fortnite, Gears 5 and Forza Horizon 4.

Still, the upright news is you won’t have any sort of shortage on Xbox Series X |Xbox Series S when it comes out tomorrow on 10th oCt, 2020. On top of all the launch games, if you’re an Xbox Game Pass subscriber, many of those titles will be regressive compatible on Xbox Series X as well.

So while there aren’t indeed any Xbox Series X exclusives to get super enthusiastic about—one of several reasons I’ve engraved that you shouldn’t be in too much of a hurry to buy a next-gen console—there are amply of titles that will aspect and play improved on the new system. Assassin’s Creed: Valhalla, for instance, looks and plays prodigious on Xbox One, but it will be even lovelier and smoother on the Series X.

Here’s every game coming to Xbox Series X and Series S at launch.

While these are all launch day titles, a number of other games will come out during the “launch window” or the next couple of months following the proclamation of the Xbox Series X, including some games—like Call Of Duty: Black Ops Cold War—that launch just a few days later.