You Won’t Be Able To Click Pictures At Concerts Anymore

Do you have any idea how future of iPhone would be like? Of course, you don’t. As a matter of fact, it might be a device that could ruin your fun during concerts. Apple patents a technology where the device will block you from filming concerts, theaters, or anything, which doesn’t want you to film.

Recently, we witnessed artists going to pretty great lengths to chop off the number of individuals taking videos and pictures during concerts and shows. The Cupertino giant has been granted a patent for Apple Camera Blocker that was filed back in 2011 for a technology, which would allow an IR transmitter to keep iPhone cameras from video recording or taking pictures in specific locations. 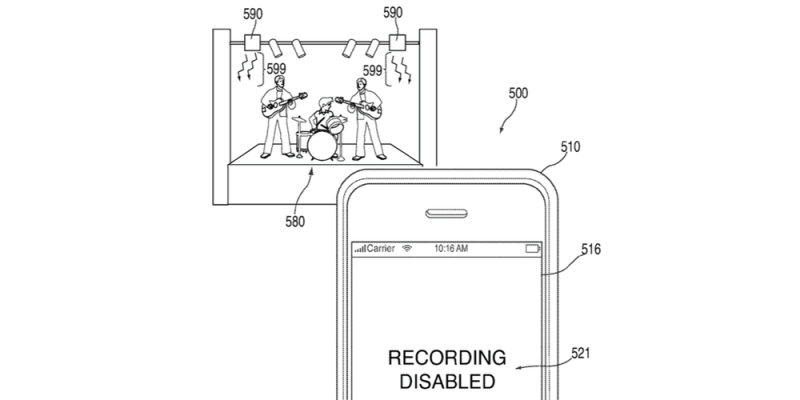 Apple patents have been known to arrive with innovative technologies. While some patents end up becoming a reality, others end up in papers.

The patent for Apple Camera Blocker describes the camera of smartphone receiving coded IR signals beaming from emitters in crowded public gatherings. The handset could offer on-screen data or disable the functionality of camera to avoid pictures being taken.

As it has been noted, Apple patents stuff too many things into one all the time. A lot of giant companies do the same. It may be created for a single purpose and end up being utilized as a function for something else.

In the light of Apple Camera Blocker technology, the patent details various scenarios in which the technology of Apple could be used. One instance showcases how an IR emitter is placed next to an exhibit in the museum. The smartphone can identify the artifact and offer more information to the visitors regarding the artifacts. 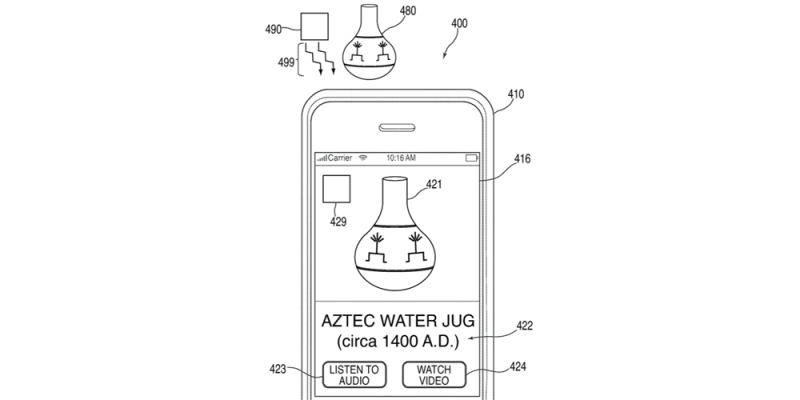 The IR emitter will be located in the areas where capturing video and picture is prohibited. The emitter will generate IR signals with encoded data, which includes directions to disable the functions of recording on the device that is being used. The electronic device will then receive the IR signals, henceforth decode the data, and disable the recording function of a device temporarily based on the given command.

Why only concerts? The same approach can be used to keep individuals from recording videos in movie theaters and to block photography in locations that are sensitive. In countries like, India, Africa, Pakistan, and China filming of movies that leads to piracy is a major issue. If the company manages to make Apple Camera Blocker it would do wonders.

The main notion behind this is to shut down the efforts of obnoxious individuals who would rather hold their camera high throughout the show recording it, in return disturbing others. It would also prevent sneaky photographers trying to capture stills from an ongoing film shoot.

The proposed technique would be very useful to police as people are known to give them a tough time in concerts or public gatherings where usage of the camera is not allowed at all.

The Apple’s current proposal only addresses management of minor inconveniences caused with due to cameras.

The idea is most likely resonates the artists and event organizers than the camera-savvy consumers, though.