With widespread internet connectivity, the credibility of journalism has hit rock bottom. Every individual handling a mobile seems to be an independent journalist. Amid this, the freedom to share any content on social media platforms like YouTube and Facebook puts a big question mark on the reliability factor of the reporting. And hence today, we, as a community are fighting a lethal bug called “fake news”.

In light of this sensitive issue, Facebook started a project to eradicate fake news from its platform in 2017. Apple also took a big step to filter out fact-based stories recently, and today the Google product, YouTube has vowed to combat fake news and aid journalism prosper in the online era. It announced a fresh step in its Google News initiative (GNI) launched in March this year.

“Today, we’re announcing steps we’re taking with the GNI to support the future of news in online video, and product features we’ve been working on to improve the news experience on YouTube,” said Neal Mohan, Chief Product Officer, YouTube in a statement. 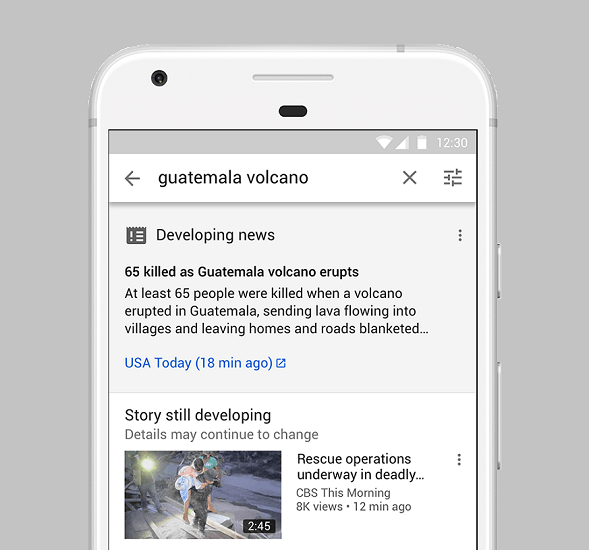 YouTube will start giving a short text preview of news pieces in search results on its platform in the US. Source: YouTube Blog

Today, YouTube declared to commit $25 million to protect the future of online news. To begin with, the online video giant is forming a working group of news affiliates to help it develop new products features to enhance news experience in the digital age. The media groups like Vox Media, Jovem Pan, and India Today have already associated with the company in this initiative.

A part of the investment will go towards news organizations across 20 global markets to teach them to build optimized video operations. These organizations will be selected through application format wherein YouTube will help staff on boosting their video production quality.

Thirdly, YouTube is expanding its team to support news publishers worldwide. The specialist team will train the publishers in the best utilization of the platform and give them technical support integration. 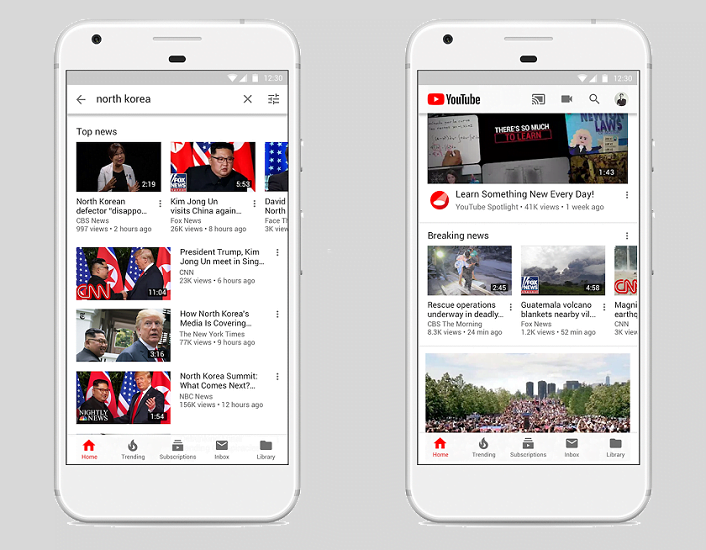 Get a Text Preview in Search Results

During a major news event, it is seen the authoritative journalists first write about that incident and then produce a high-quality video. In contrast, there is also common practice to quickly upload a related low-quality video and spread information that may be fake in nature.

Hence, very soon YouTube will start giving a short text preview of news pieces in the search results on its platform in the US. The text will be hyperlinked to the complete article during the initial hours of a major news event. In addition, YouTube will also display a line on the videos symbolizing that breaking and developing news may continue to change.

From today, the online video giant is rolling out two new products namely Top news and Breaking News in seventeen nations including the US, Uk, France, Nigeria and many more. Both the features will showcase videos from credible news sources on the homepage.

YouTube is also experimenting with its app for TV screens to support and boost local news reporting. The experiment is being tested in 25 markets around the US. 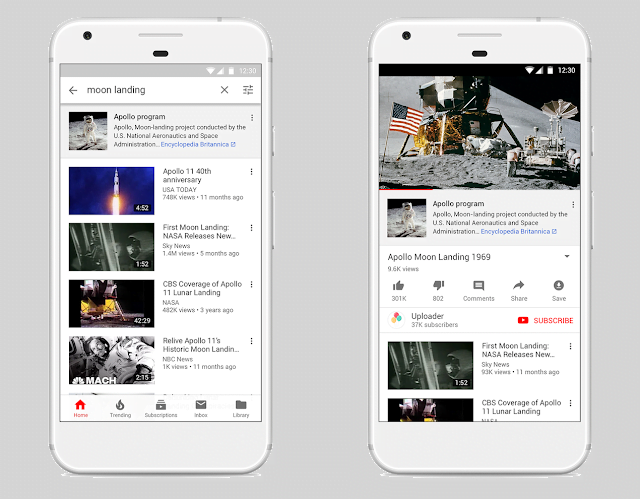 Analyze What You Watch, What You Read

Earlier, YouTube has been a part of controversies about furnishing irrelevant and misinforming videos related to the moon landing, the Oklahoma City Bombing and other such conspiracy prone topics. Responding to this, YouTube has taken a decision to add videos from third parties such as Wikipedia and Encyclopedia Britannica on few established historical and scientific topics.