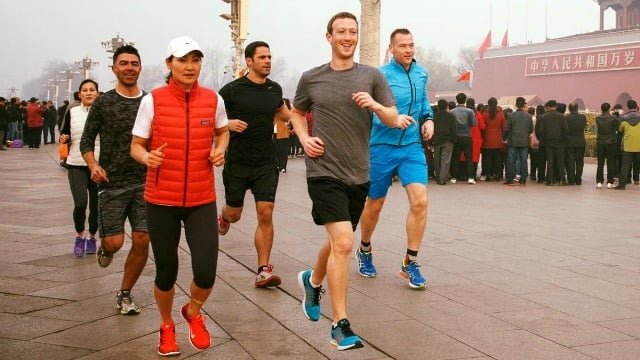 Facebook won a legal battle in China against a beverage company, which was trying to market one of its beverages with the name ‘Face book’. The Facebook trademark infringement case was filed against Zhongshan Pearl River Drinks in 2014. Registering victory to Zuckerberg in the case, the Beijing court ruled that South East China-based company had violated moral principles. Obviously, the main intention of the company was to copy a high-profile brand’s trademark, the court stated.

Is this win a first gesture taken by the Chinese government that supports the idea to unblock Facebook in China? Let’s hope it does. The move certainly shows that the country has taken a mild strict stance on social media giant.

Apparently, the ruling for Facebook trademark infringement case was passed on April 28, 2016, but the news was not reported widely in English. Apple, on the contrary, lost a legal battle against a company in China last week. A local Chinese company was planning to name its good after Apple’s iPhone.

The local media is speculating whether China is about to minimize its restrictions on Mark Zuckerberg’s Facebook.

There is a very strong reason why Chinese officials won’t unblock Facebook in China. The social media giant allows individuals to speak freely and voice their opinions. Of course, the communist party won’t allow any such thing to happen in China. So there’s a rare chance for Facebook to get unblocked in China. As of now, the idea seems far away from turning into reality even if the Chinese court has given the decision concerning Facebook trademark infringement case in Zuckerberg’s favor.

Sure, Zuckerberg is putting all the efforts in trying to impress the Chinese government in a hope that they would unblock Facebook in China . Of course, he would. Why wouldn’t he? After all, China is a huge economy and it is accounted for one of the largest revenue generating market for multinational giants. Consider Apple and Uber for instance. Second highest revenues for Apple are generated from China and for Uber, well, China plays a major key role in Uber’s growth in Asian markets.

Facebook CEO has learned Mandarin, and his company is following a sustained movement in efforts to fetch more favors from China. In March, Zuckerberg flew down to China to visit propaganda chief of the country, Liu Yunshan. He also met the founder of Alibaba, Jack Ma.

After the final decision that arrived from the court regarding Facebook trademark infringement case, there are many who’re considering that it’s a good sign for the company. But we shouldn’t ignore the fact that Chinese government is in the middle of cracking down the access to foreign sites in the country. So there’s no way that Facebook will be welcomed by the country with open arms all of a sudden. Not only foreign websites but foreign products too are likely to be banned from the country soon. China has already pushed Apple in the middle of a huge crisis. The online stores for movies and books by Apple, which were merely launched six months back in China, were forced to discontinue its service. Sure, the closure of online Apple stores seeks to integrate Chinese officials’ control on media and the web.

Recently, one of the major shareholders of Apple, Carl Icahn, cited worries about Apple’s market in China that very soon Chinese government can make it extremely troublesome for Apple to do business there. Google is already banned in China, so let’s not even think about going there. This forces us to think, how long exactly is iPhone going to stay in the Chinese market?

It’s a relief for Zuckerberg now that finally the company has won this legal battle in China, which was certainly a tough call. But it’s shocking for us considering the social media service is heavily disliked and banned by the Chinese government within the realms of the country. Let’s see what happens next.