The rumors that Apple will be launching its own TV streaming and Apple News subscription services have finally yielded results. The company has confirmed that it will launch Apple TV streaming service in an event scheduled to hold on March 25th, at its Cupertino, California.

For more than a year now, Apple has continued to budget $1 billion for the recruitment of high-profile film and television stars. The company has also struck deals with big names such as Oprah Winfrey, Steven Spielberg, Reese Witherspoon, M. Night Shyamalan, and others. These efforts are being spearheaded by two top television executives Apple hired in early 2018. Despite these moves, Apple has been completely silent about its ultimate plan, until now.

The rumors of the event date started last month. Though all the speculations have it that Apple will exclusively focus on services, there are still chances that other product announcements are in the pipeline. The revamped AirPods, a new entry-level iPad, and the long-delayed AirPower wireless charging pad are all anticipated to be present. 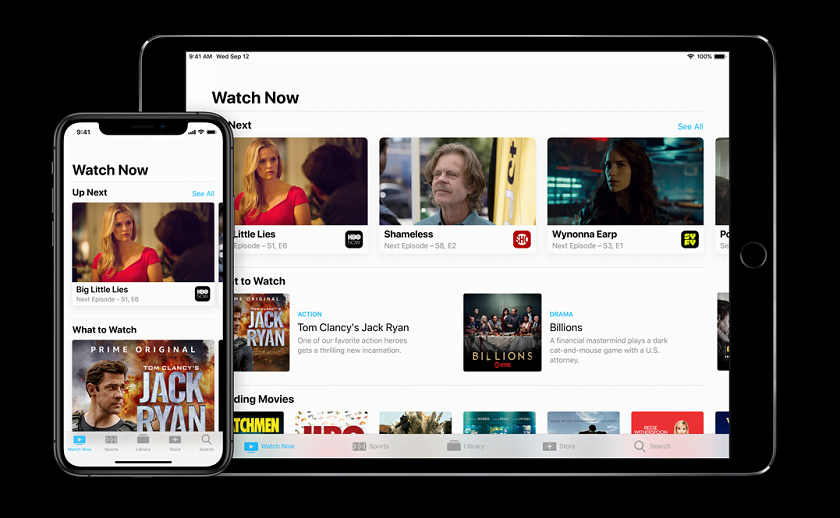 The Apple TV services will run shows on drama, comedy, and documentaries.

In-line with Apple’s custom, the invitation didn’t have so much in it, simple and attractive. It featured an animated countdown GIF ending with Apple’s logo and a tag showing “It’s show time”. Underneath the animation, Apple included the invitation to a “special event” holding in its Steve Jobs Theater. The tag already seems to highlight the big role that the new television services are going to play.

Interestingly, Apple isn’t using the “It’s show time” tag for the first time. Apple first used the tagline in the September 2006 event where the company announced its offering of movies on iTunes, together with the iTV launch. For an upcoming event of this nature, the tagline is really a fitting teaser. It won’t be surprising to see Apple’s media offerings for its devices expand yet again, just like it did in 2006.

Aside from the Apple TV streaming service, the company is launching products later this spring, and it’s expected also that Apple will unwrap its Apple News subscription service. The Tech News service will offer a bundle for magazines and subscription newspapers similar to that of Netflix, all in one convenient place. The Wall Street Journal reported earlier that Apple is having trouble with negotiations, and was demanding for about 50 percent of revenue from the service.

Away from Apple’s effort to boost services revenue through new TV services, Apple is also investing this much because it could make iPhones and other Apple gadgets more enticing for people to buy.

The Apple TV services will run shows on drama, comedy, and documentaries. Apple and a film studio A24 have already developed a solid partnership to produce original movies. One of the products of this partnership will be a film titled “On the Rocks” directed by Sofia Coppola, starring Bill Murray and Rashida Jones.

Meanwhile, NBC Universal and HBO-owner Warner Media are currently building streaming services of their own. Facebook too has been investing a huge amount of money into original video for the Watch section of its app.

New Apple TV 2022: Apple's Next Generation of Their Streaming Device to be launched & We Have All the Details