Technowize lists out the coolest gaming laptops you can have as the Black Friday sale approaches.

It’s again that time of the year, when sales of gadgets experience a meteoric surge. This year too, it won’t be an exception. Tech-savvy people eagerly wait throughout the year for the Black Friday sale to arrive. And undoubtedly, gaming laptops remain one of the most sought after tech-stuffs during the Black Friday sales.

In most of the cases, gaming laptops tend to come with a steep price-tag. Though game nerds are well known for going to any extent when it comes to unlocking a better gaming experience, often sky-high price-tags bar them from grabbing their favorite game stations.

The principal feature that sets apart gaming laptops from the regular ones, is enhanced graphics. Thanks to a better graphics card and more powerful RAM, at times, these specially designed devices edge past their normal counterparts by fine margins, in terms of overall performance. However, there are ample of easily available options in the market so far as laptops primarily meant for gaming, are concerned.

Taking an array of important aspects into consideration, we have crafted the following list of some of the most fascinating gaming laptops – ASUS TUF Gaming F17, Acer Nitro 5 and Lenovo Legion 5i. For your convenience, we have also incorporated the ‘Best Buy Black Friday Price’ for each one of them. Let’s unravel next-gen gaming at quite affordable prices.

Asus is highly rated for its wide range of gaming laptops, some of which give a serious run for money to even the best laptops in general. ASUS TUF Gaming F17, which came out last year in the month of July, upholds that legacy in style. With an Intel Core i5-11400H processor, 8GB RAM and a 512GB solid state drive for storage, this top-notch gaming laptop from the house of Asus, appears to be a powerhouse. It’s bolstered with the luminous presence of the Nvidia GeForce RTX 3050 graphics card, which plays a pivotal role in the seamless running of next-gen games. You can be rest assured with connectivity issues as it offers Wi-Fi 6 and Bluetooth 5.2.

Added Perk: Upon buying ASUS TUF Gaming F17, you will be eligible to win a jaw-dropping 30-day free trial to PC Game Pass! This gem of an offer, seems really hard to resist.

Best Buy Black Friday Price: Courtesy of a massive 22% off, its price plunges down to $699.99 from $845, on Amazon, as part of its Black Friday laptop deals. 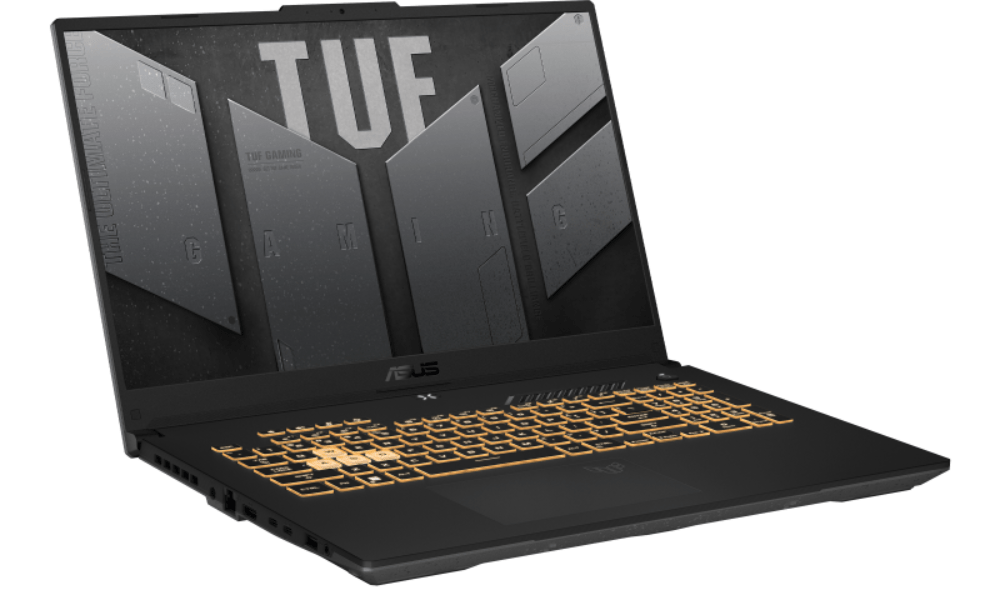 Acer is another brand which produces some of the most stunning laptops designed for ultimate gaming. Equipped with 12th Gen Intel Core i5-12500H processor, Acer Nitro 5 is often rated as the best gaming laptop by many experts. It comes with 16GB DDR4 RAM and a 512GB solid state drive. Hence, you don’t need to worry about playing large games with an advanced gameplay. Acer Nitro 5 houses a Nvidia GeForce RTX 3070 GPU that unleashes all you need to dive into a gaming mad-rush.

Added Perk: The DDR4 system memory can be upgraded to 32 GB through applying two soDIMM modules. 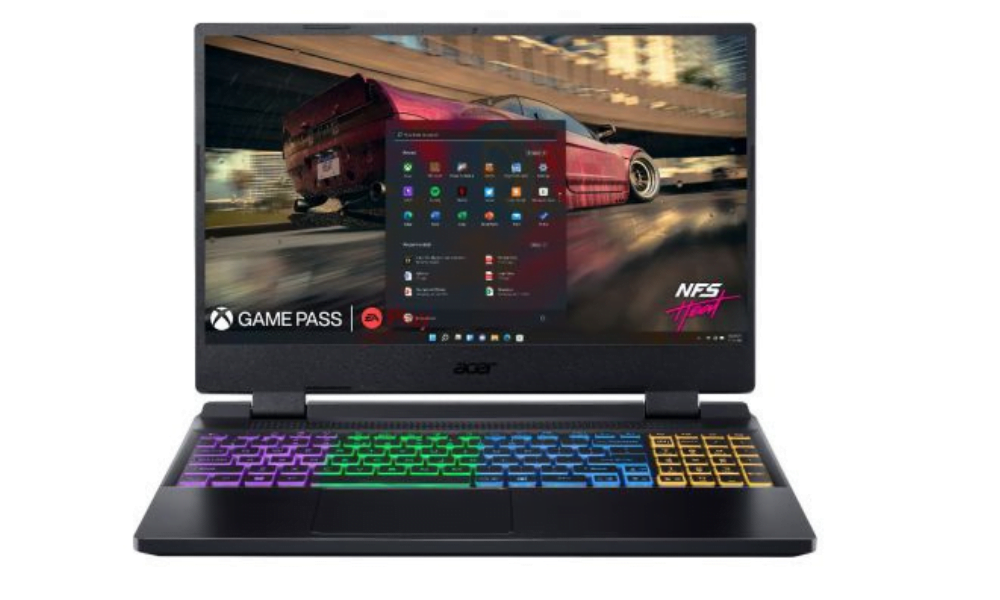 Acer Nitro 5 houses a Nvidia GeForce RTX 3070 GPU that unlocks all you need to dive into a gaming mad-rush. [Image Credit: Acer]

Lenovo Legion 5i seems to be a dream device for any gamer. With an enviably sleek design, this cool gaming laptop is a massive upgrade over its predecessors, as it unleashes 140% more power and appears 40% thinner. Lenovo Legion 5i comprises 12th Gen Intel Core i5-10500H processor and a 256GB solid state drive. The in-built Nvidia GeForce RTX 3050 graphics card is bolstered with Ray Tracing Cores, Tensor Cores and streaming multiprocessors, alongside AI-Tuned DLSS. This is really a massive feature of Lenovo Legion 5i which gives it a strong support in the heated discussions on the best gaming laptop, on popular gaming community channels like Discord or Twitch.

Added Perk: Lenovo Legion 5i comes with an exclusive offer – three months of Xbox Game Pass-including EA Play. In addition to this, you can play more than 100 high-quality games upon bringing home this one of the best gaming laptops. 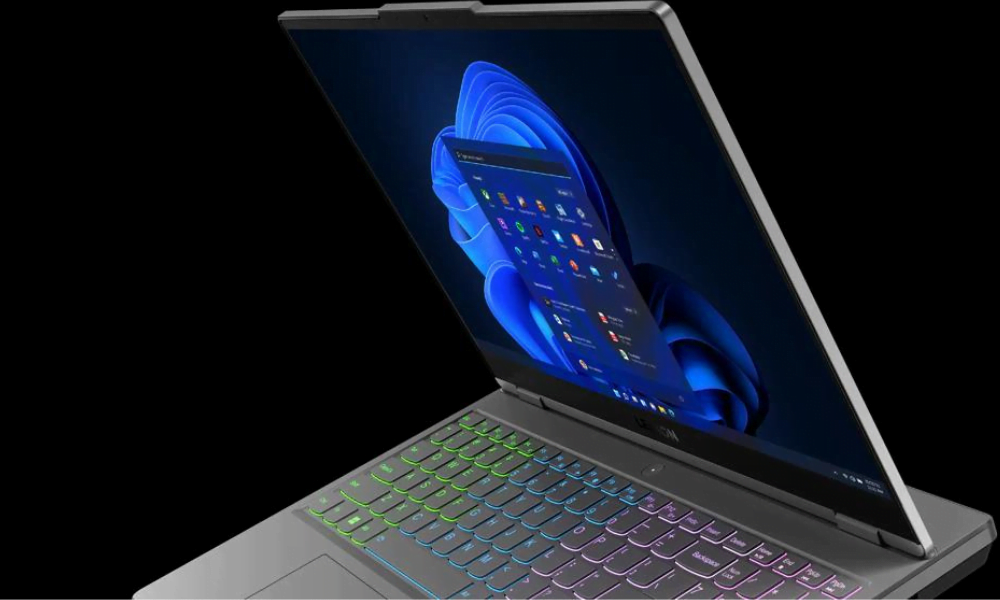 To be very honest, all of these gaming laptops are absolutely top-notch. But they come with their own set of pros and cons. You have to remember that the priorities vary a lot depending upon the specific needs of a particular user. Therefore, it is highly recommended that you should meticulously go through their key features and take a note of their pros and cons before locking any of these gaming laptops. For, you are not going to buy gaming laptops too frequently and need to ensure it’s your best bet.

However, be it ASUS TUF Gaming F17, Acer Nitro 5 or Lenovo Legion 5i, you can have a taste of next-gen intense gaming in style. Hence, without much ado, grab any of these best gaming laptops from the Black Friday Deals 2022, at unputdownable prices. Happy gaming!

What processor does the ASUS TUF Gaming F17 use?

Is there an added perk that comes with the Lenovo Legion 5i?

Is there an issue with the Acer Nitro 5?

Yes. Some users have reported incidents of ‘Black Screen’.

Best RTX 3080 Laptops To Get Your Money’s Worth

Explore the Gamer Inside You with these Cheap Gaming Laptops