Climate change and pollution have damaged coral reefs world over. Elevated sea temperatures, associated with global warming has resulted in noxious coral bleaching. According to the Great Barrier Reef Marine Park Authority, 29 percent of shallow water coral cover was lost in 2016 across the Great Barrier Reef.

Coral bleaching occurs when the existence of an alga named zooxanthellae is disturbed. This alga is a food source for corals. But in high temperatures zooxanthellae produces harmful chemicals and as a result, corals abandon them. The corals lose their food and color source and can also degenerate if such a situation prolongs. Around 25 percent of oceanic life reside in coral reefs. Damage to them will have lasting impacts on the coral community, invertebrate and reef fishes, and the entire marine ecosystem. However, the marine ecosystem isn’t the only one in danger. Loss of coral can have unprecedented effects on millions of people.

Researchers from the Queensland University of Technology and Southern Cross University may have found a way to reserve this situation. Researchers, Peter Harrison and Mathew Dunbabin have created an undersea robot to repopulate the damaged reefs. The LarvalBot wanders underwater along the damaged sections of reef, seeding them with microscopic baby coral during the coral spawning season. The team first collected coral eggs and sperm from the Barrier Reef, then cultivated them into baby corals and deposited them back into the reef. This process of depositing larvae underwater is called ‘larvae restoration’. 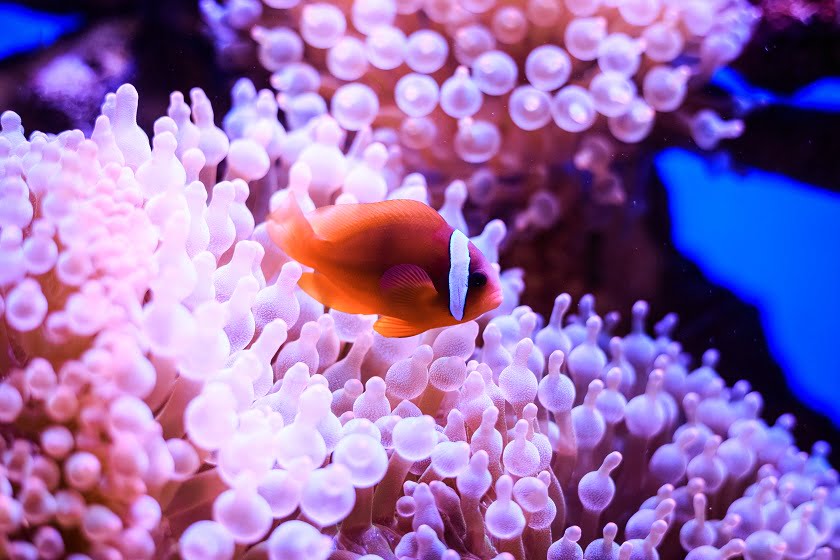 Dunbabin compares this process to fertilizing a lawn. “As it glides along, we target where the larvae need to be distributed so new colonies can form and new coral communities can develop”, he explained.

Finding the right targets where the larvae need to be deposited is however, no walk in the park. The professors usually look for colonies which previously had a healthy coral community but has now been replaced by coralline algae. The semi-automatic bot glides underwater on preselected paths and releases larvae when someone manually triggers the action. It can be controlled with an iPad, however, the bot also has sensors which helps it operate independently.

Last year, the duo won the Blue Box Reef Innovation Challenge which has helped them further their research efforts. They tested the LarvalBot at Vlasoff Reef – a region on the northeastern coast of the Great Barrier Reef, where the bot delivered 100,000 coral larvae.

Professor Dunbabin calculated the dispersal speed to be 1,500 sq.m/hour. Due to its quicker pace, they are more efficient than human divers. Professor Dunbabin in a press release said, “With further research and refinement, this technique has enormous potential to operate across large areas of reef and multiple sites in a way that hasn’t previously been possible.”

Other than the LarvalBot, another robot named RangerBot has been previously used to save the Great Barrier Reef. The RangerBot and LarvalBot are exact opposites. While the LarvalBot creates new life, the RangerBot bot hunts down and kills a coral-eating starfish called crown-of-thorns starfish. The RangerBot too is a brainchild of Professor Mathew Dunbabin.