Quantum Money: A Virtual Currency For Transactions Across The Solar System

A renowned researcher from the University of Cambridge has proposed a special kind of virtual currency known as Quantum money. The currency will allow users to make certain rare decisions based on information received from different locations and times and will also protect its users against attacks from quantum computers.

The S-money as the theoretical framework is called promises a secure and uncompromisable authentication to users. It will combine the power of quantum theory and relativity to offer the fastest and most flexible responses ever in financial technology. Carrying out transactions across the Solar System and beyond would become much easier with short time lags once the virtual currency is introduced. However, experts argue that commerce on a galactic scale at this point is still a fanciful notion.

The researcher proposed to begin the practical tests on the S-money on a smaller, Earth-bound scale later this year. Although current computing technology is feasible with S-money, it will still require very fast computations. Details of the S-money have now been published in the Proceedings of the Royal Society A.

According the research author Prof. Adrian Kent of Cambridge’s Department of Applied Mathematics and Theoretical Physics, Quantum money is slightly a different way of thinking about money. 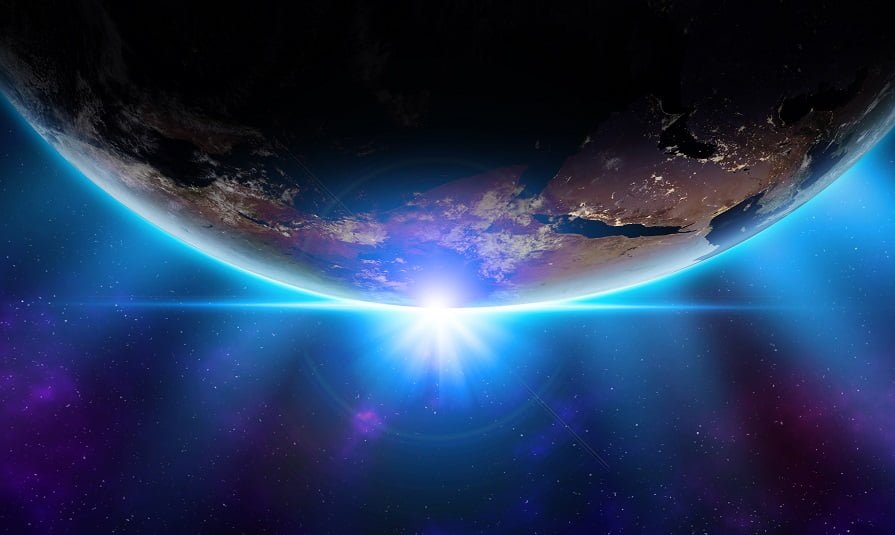 Planet earth from the space at night horizon and stars. Elements of this image furnished by NASA.

The framework developed by Prof. Kent can be seen as secure virtual tokens generated by communications between various points on a financial network. They respond flexibly to real-time data across the world and ‘materialize’ to be used at the optimal place and time. Unlike other familiar types of money, both physical and digital, which follow definite paths through space, s-money token gives users a faster response to events.

The tokens can be traded securely for cross-checking or verification across the network without delays while eliminating the risk of double-trading. One way of making this a success is by using the power of quantum theory, the physics of the subatomic world – the principle Einstein famously regarded as “spooky.”

A mathematical version of a securely sealed envelope such as bit commitment is used to maintain the user’s privacy. And data is delivered from party A to party B using a locked state that’s unchanged once sent and can be revealed only when party A provides the key. Security is guaranteed here even if either of the parties decides to cheat.

The theoretical framework of quantum money is based on the strange behavior of particles at the subatomic scale which have been developed by other researchers. According to Prof. Kent, one day it will be possible to make use of quantum money for real-world transactions, but at the moment, keeping quantum money secure for an extended length of time is technologically impossible. Kent hopes that very soon, the practicalities, as well as the advantages and disadvantages of the s-money will be understood.