Facebook bought Swedish mapping start-up Mapillary as an effort to overtake Apple and Google at mapping the world at ground level. Founded in Malmo in the year 2013, Mapillary is a street-level imagery platform that uses photos uploaded by the public around the globe. After that, the computer vision software determines an image, like road markings and traffic signs, and allows map builders to incorporate the useful data in their maps. In short, Mapillary’s street-level features and data would help Facebook to strengthen the maps by making them more accurate.

The acquisition deal was announced on Mapillary’s blog by co-founder and CEO Jan Erik Solem, though terms of the agreement were not disclosed at all. “From day one of Mapillary, we have been committed to building a global street-level imagery platform that allows everyone to get the imagery and data they need to make better maps,” wrote Solem. “With tens of thousands of contributors to our platform and with maps being improved with Mapillary data every single day, we’re now taking the next big step on that journey. Today, we’re excited to share that Mapillary has joined Facebook to be part of their extensive mapping efforts.” 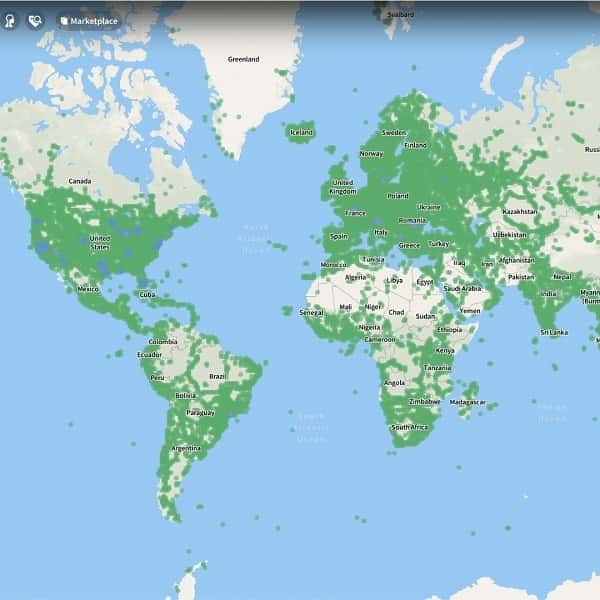 Mapillary map coverage as of June 2020.

Though the acquisition price wasn’t disclosed, Mapillary raised $24.5 million from investors over seven years, the start-up tracker Crunchbase stated. The venture capital backers include Sequoia Capital, Atomico, and BMW iVentures. Though tech giants Apple and Google have invested heavily in street-level mapping over the years, the social media giant Facebook isn’t known for its mapping efforts. However, Mark Zuckerberg’s social media giant platform relies on maps to power its products like Facebook Marketplace, which allows people to buy and sell things from people across their area.

Facebook stated that it is using a combination of several features like machine learning, satellite imagery and partnerships with mapping communities to improve its maps. The Mapillary’s users will still be able to continue uploading detailed imagery and use map data from images on the platform.

However, there is one significant change. Previously, the users couldn’t use imagery features on Mapillary’s platform for commercial purposes, but now that’s not the case. “Starting today, it will also be free to use for commercial users as well,” said Solem. “While we previously needed to focus on commercialization to build and run the platform, joining Facebook moves Mapillary closer to the vision we’ve had from day one of offering a free service to anyone.”

Mapillary is The Street-level Imagery Platform

Mapillary builds high-tech tools for creating a living and visual representation of every place in the world, and it is made available for anyone to update the maps they want. By merging its efforts with Facebook, Mapillary will further improve the ways that people and machines work simultaneously with both aerial and street-level imagery to produce efficient map data. Mapillery’s plans to continue being a global platform for imaging, map data, and improving maps.

Mapillery promises to be committed to the OpenStreetMap feature. Their commitment to OpenStreetMap stays! The plan is for the feature rights given to OpenStreetMap editors to remain unchanged and for the organization’s work with OpenStreetMap communities and companies to continue on the same path as always. Mapillary would consistently spearhead a collaborative model where all map communities, companies, cities, and others work together to keep the maps of accurate, detailed, and up to date.